From Eutechnyx and Activision, NASCAR The Game: 2013 is ready to bring the best of NASCAR to your PC next month, via Steam, with official drivers, teams, and tracks from the NASCAR Sprint Cup Series.

NASCAR The Game: 2013 looks to bring an authetic NASCAR experience, along with a robust multiplayer system, the ability to race as any of 43 NASCAR drivers, tackle challenges and leaderboards, and even “relive and rewrite history” using the new Inside Line Highlights feature, which uses recent iconic moments from NASCAR history using telemetry data. The game is also supported by Steam’s Big Picture feature, which allows full controller support when playing on a TV. 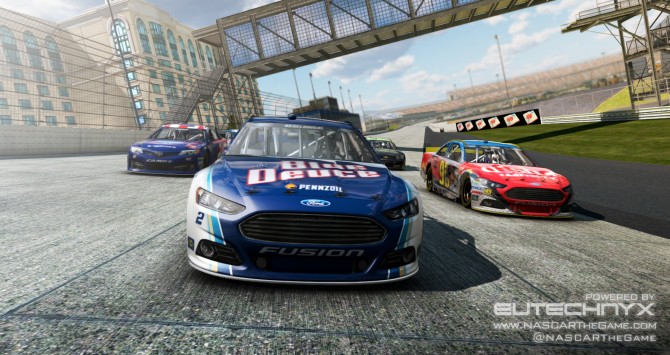 This Must be the Tackiest Special Edition Xbox One Ever