Publisher and Developer 2K today announced that NBA superstar Kyrie Irving will be the cover athlete for this year’s Standard Edition of NBA 2K18. It’s already been announced at the beginning of May that Shaquille O’neal will star on the cover of the game’s Legend Edition.

Irving, who is in his third straight NBA Finals with the Cleveland Cavaliers vs. the Golden State Warriors, spoke about how it feels to be named to the cover of such an iconic NBA game:

“It is well known that I’m an avid player of this series and I am honored to be the cover athlete of NBA 2K18. It’s surreal to be featured on the cover and I can’t wait to dominate on the virtual court with all of my fans this fall.”

Vice President of Marketing for NBA 2K Alfie Brody was excited to have a star of Irving’s caliber make his way onto the cover:

“It’s obvious that Kyrie isn’t disappearing from the spotlight anytime soon, so we’re thrilled to have him as our cover athlete, alongside Shaq for the NBA 2K18 Legend Edition. He’s a more-than-worthy recipient of this honor, and joins so many other greats who were cover athletes before him.”

All pre-orders of the standard edition game will come with a special bonus of 5,000 Virtual Currency, 10 Weekly MyTeam Packs and a Kyrie Outfit pack with other unannounced items.

You can take a look at the full cover art below, and NBA 2K18 releases on Xbox One, PS4, Switch and PC beginning September 15th, 2017 for those who pre-order the game. If you do not, you’ll need to wait a few days until September 19th. 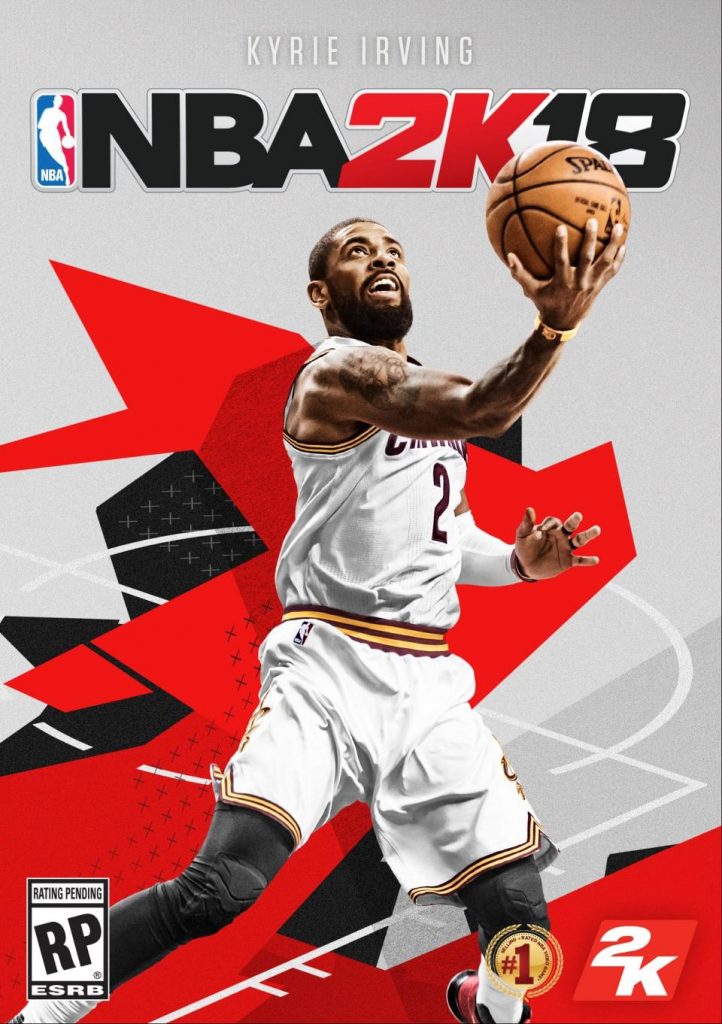