The Neptunia series hardly needs an introduction with such a large following for a niche RPG; DualShockers interviews illustrator Tsunako and producer Naoko Mizuno to discuss the series in detail.

The Neptunia series launched in the west with Hyperdimension Neptunia in 2010 on the PlayStation 3. It might have been overlooked by some hardcore gamers at the time, but the series received a strong backing from gamers around the world who have supported it through all 13 entries in the series.

During Anime Expo 2017, DualShockers had the opportunity to sit down with Neptunia series illustrator Tsunako and series producer Naoko Mizuno to talk about the RPG and the future of the series in the west. 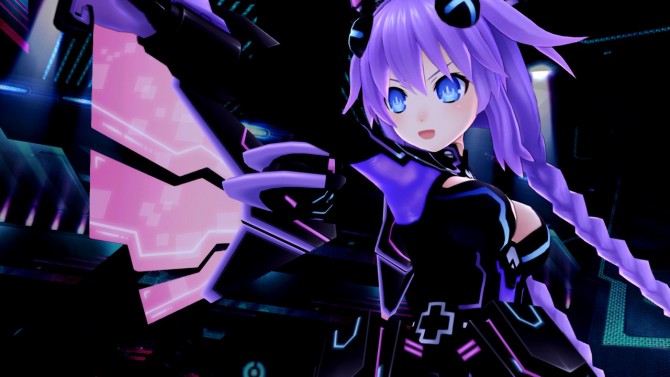 Azario Lopez: When Neptunia first released in the west on PlayStation 3, critics weren’t very kind to it. Did this initial overseas reaction make you skeptical to release the sequels in the west?

Naoko Mizuno: Even though the game might have gotten a cold reception from the press, we still had fans who were very supportive of us. However, it was important to us to take in those comments from the press as well as apply it to the next games to make them better. In the end, it was because of our fans that we can continue to do our best and respond to them by releasing more games.

AL: In terms of design, what was created first: Neptune, or the game’s premise?

Tsunako: Initially, when she [Neptune] was created, the world was rather different and it eventually changed into the Neptunia world you see now. In that sense, you can say that the character came first and the world came later, but the game idea was originally different.

AL: So how was that world of the “Console Wars” created?

NM: Basically, the idea of the console wars was born from all the staff’s ideas coming together. It started with the general idea that we wanted to base this world on the game industry and from there we asked, “what kind of story do we want?” Next it turned out to be that we wanted to make it about the console wars: because everybody always seems to be fighting about which console is the best, we wanted to take that and make that into a story. 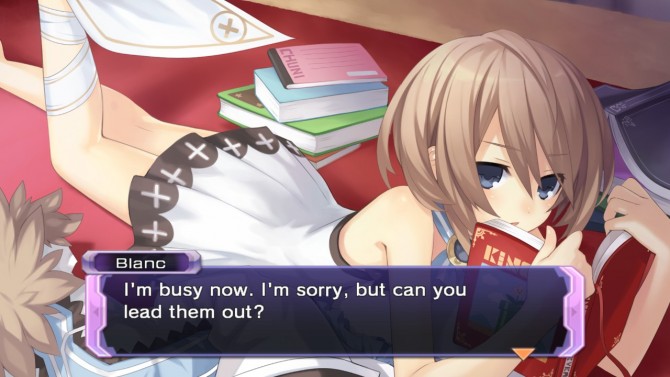 In the end, it was because of our fans that we can continue to do our best and respond to them by releasing more games.

AL: Did you ever think that the Neptunia series would gain so many fans, especially in the west?

NM: Not at all! In the beginning, it was really just me thinking after every release that this might be the end of the series. I never thought that it would get this far.

AL: Recently, a new trailer for the Neptunia VIIR was release: how has it been for you bringing the Neptunia series to virtual reality?

NM: In Neptunia VIIR, there are VR events: having Neptune there and up close, it’s almost like you want to reach out and touch her. Nothing strange though!

AL: So would you like to see Neptunia VIIR in the west?

NM: We feel like the fans are looking forward to it. So if we can, we will. 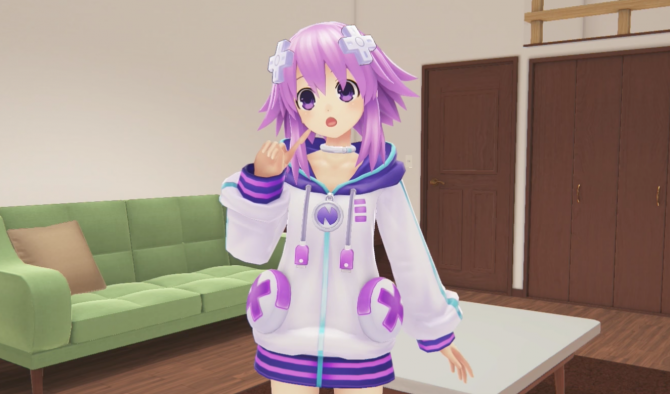 In the beginning, it was really just me thinking after every release that this might be the end of the series. I never thought that it would get this far.

AL: In terms of Cyberdimension Neptunia: 4 Goddesses Online‘s character designs, how was it for you to work on those?

AL: There have been a few spin-off titles in the series spanning different genres: is there a particular spin-off that you haven’t done that you would like to?

NM: The Neptunia series has a mysterious charm where it is able to just fit into multiple genres. We also like to challenge ourselves and try out different genres, so, while we might not have specific ones we do next, we like to try out different kinds. 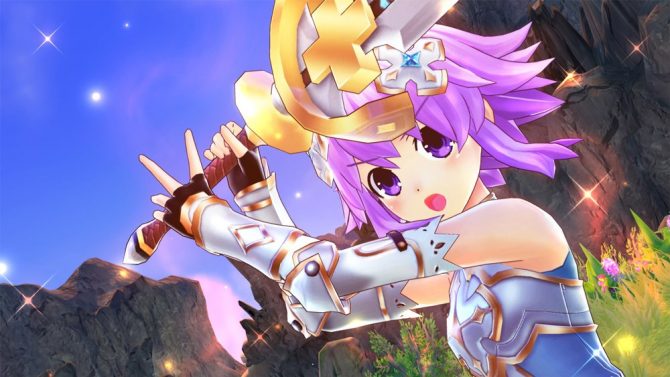 We also like to challenge ourselves and try out different genres.

AL: With the release of the Nintendo Switch, would there be a chance that a new character will join the main cast of characters? Also, would we see Neptunia on the console hybrid in the future?

NM: It would be great if we hear feedback from our fans letting us know if they’d like to see Neptunia on the Switch, then it might be realized. In terms of characters, we may see a new character down the line: you’ll just have to see.

AL: So Tsunako is a character designer for the Date-a-Live series: do you realize how large of a fan base there is for that series in the west and would you like to see it come to the west?

T: It was actually today that I found out there was such a huge fan base for the Date-a-Live series, so I’m very surprised. I would like to see it grow and spread out more. 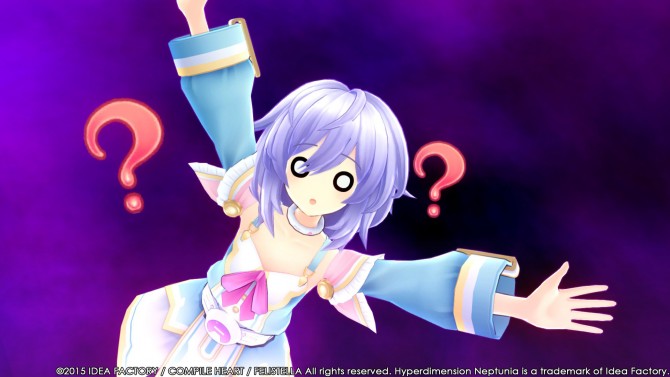 It would be great if we hear feedback from our fans letting us know if they’d like to see Neptunia on the Switch.

AL: Why do you feel that fans connect so well with Neptune, even though she’s often full of memes and not taken seriously?

NM: So basically I feel like that for me, personally, Neptune is always bright and positive: the series itself is always looking forward and trying to energize everyone and lift them up. I feel like that could be one of the reasons fans are drawn to that. Nothing like too serious or dark, but instead it’s able to make everyone feel positive and happy.

Also, I feel that because each character has their own specific personality: that balance all works very well together within the games.

T: I feel that what a fan might like from the Neptunia series changes from person-to-person. Even though I’d like to make everybody happy, it’s difficult to accomplish this 100%. Such as if we focus on how cute the characters are, then people who are more interested in the serious aspect of the game will make the game fall short for them. For us, by changing the feel from game-to-game, it feels like we are able to get a balance there. For example: With Cyberdimension Neptunia: 4 Goddesses Online, the general idea was to be bright and positive, whereas Megadimension Neptunia VII had more of a serious bend to it. 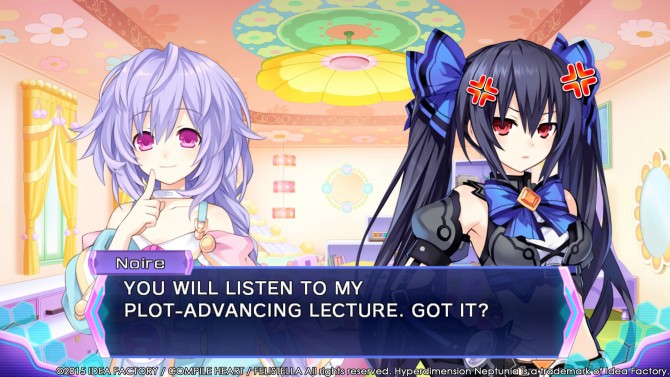 I feel that what a fan might like from the Neptunia series changes from person-to-person. Even though I’d like to make everybody happy, it’s difficult to accomplish this 100%.

AL: Do you plan to go back to the numbered titles in the series?

NM: We don’t have a concrete idea of what we want to do yet, when it comes to moving the series forward. However, we still have a lot of ideas of what we might want to do.

AL: During development, how does the team come up with the overarching premise?

NM: In particular for Cyberdimension Neptunia: 4 Goddesses Online, we had all of the staff give ideas for the world and setting as well as the character’s individual classes. This has actually been something that we have done throughout the entire series.

But actually, our number one idea person is Tsunako, and you wouldn’t believe how long her emails are where she’s writing out her ideas. It really makes me feel like she’s really a genius.

T: I just write down whatever I think of! 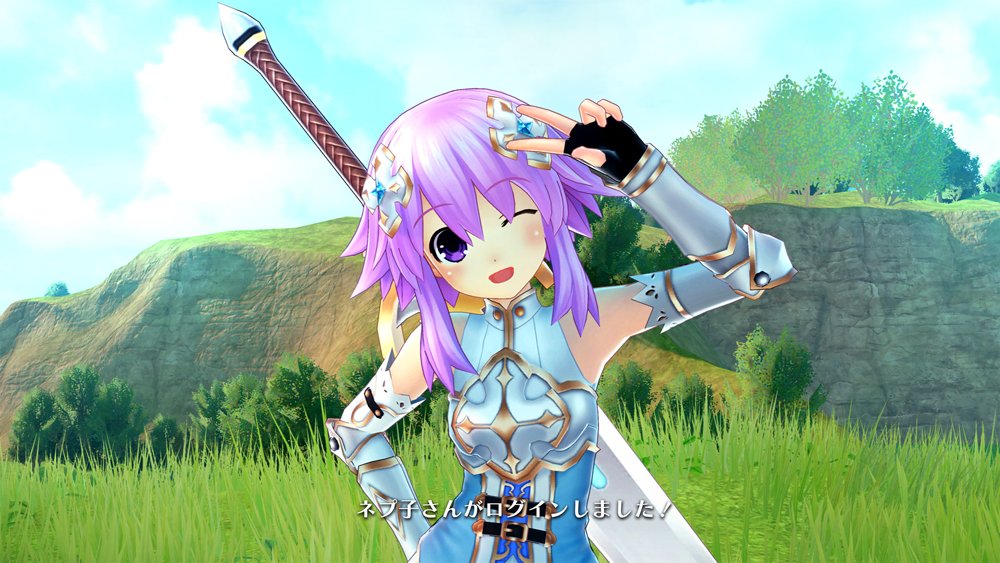 We don’t have a concrete idea of what we want to do yet, when it comes to moving the series forward. However, we still have a lot of ideas of what we might want to do.

AL: Do you see a difference between what your Japanese fans enjoy and what your western fans enjoy?

NM: I feel like there isn’t too big of a difference, because even though we are writing about the Japanese games industry, the western fans are able to take that and understand it and still become fans of the series. So in that sense, I don’t see much of a difference.

T: I’m not too familiar with the fan base, but my impression is that the people who play Neptunia in the west also play other Japanese games. So I wanna ask the question of, while they are playing all these games, are they able to keep up with the story of Neptunia?

AL: Well that might just be up to a good localization. How do you deal with fans of the series that make requests for what they want to see?

NM: It definitely feels good to get that feedback, even though they might be vocal about it: at least it shows they actually played the game. Having those opinions and feedback are actually really helpful to us. The only place where we won’t budge is definitely the characters’ personalities: we won’t change those in any way. 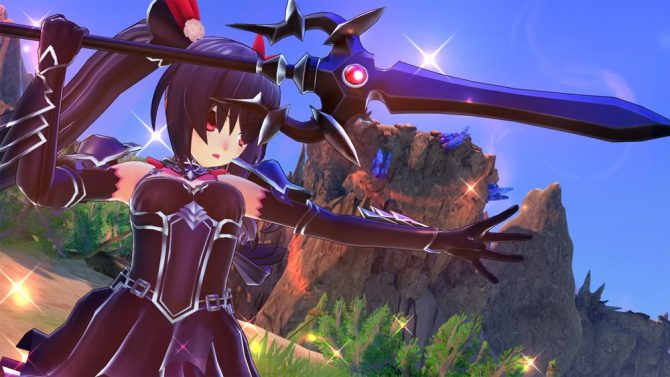 The only place where we won’t budge is definitely the characters’ personalities: we won’t change those in any way.

AL: In using Unreal Engine 4, what was it like seeing the Neptunia run in the new engine and will you plan to use the engine in the future?

NM: Definitely until we got to the visuals down, there was a lot of changing and tweaking the designs of the 3D models in Unreal Engine 4. This is because that engine is really good at realistic models, which is rather different from Tsunako’s drawings. Getting it from where we were to looking closer to Tsunako’s designs was a bit of a difficult process. However, even then there’s certain things that we could only show because of the new engine, so going forward, it might be nice to use the engine again.

AL: Is there anything you’d like to say to Neptunia fans?

NM: I’m really grateful to the fans: thank you very much for always supporting us. It really was because of your support that the Neptunia series was able to get this far.

T: It sort of feels like Nep-Nep is kind of linking the whole world together: I would like everyone to continue to Nep-Nep from here on out. Also, I’d like to continue to work my hardest to make the series better. The producers behind the Neptunia series discuss the benefits and challenges of using Unreal Engine 4.