The latest issue of Weekly Jump included something definitely interesting about the upcoming Final Fantasy XV, that will be released on November 29th for PS4 and Xbox One.

The dedicated page, that you can see below, courtesy of Twitter user Kazu, shows quite a few new weapons belonging to two categories: guns and “machinery.”

There are many kinds of guns, including rifles and pistols. Some have scopes, and it’s possible to precisely hit enemies from a distance using the “snipe mode.”

Like all other weapons, guns can be dynamically summoned and switched on the fly during battle.

“Machinery” weapons first appeared in Final Fantasy VI, and their methods of attack are wildly different, depending on the kind of weapons you’re using. The Attract Wave can deliver a powerful shockwave, while the circular saw can deal large damage with a single wide swing by rotating at high speed. Machine guns can mow down waves of enemies.

Incidentally, we already glimpsed the Attract Wave in action in one of the videos showcased at CEDEC. For reference, you can see it at the bottom of the post, and find the relevant part at 00:50, when Prompto sings the classic victory fanfare. 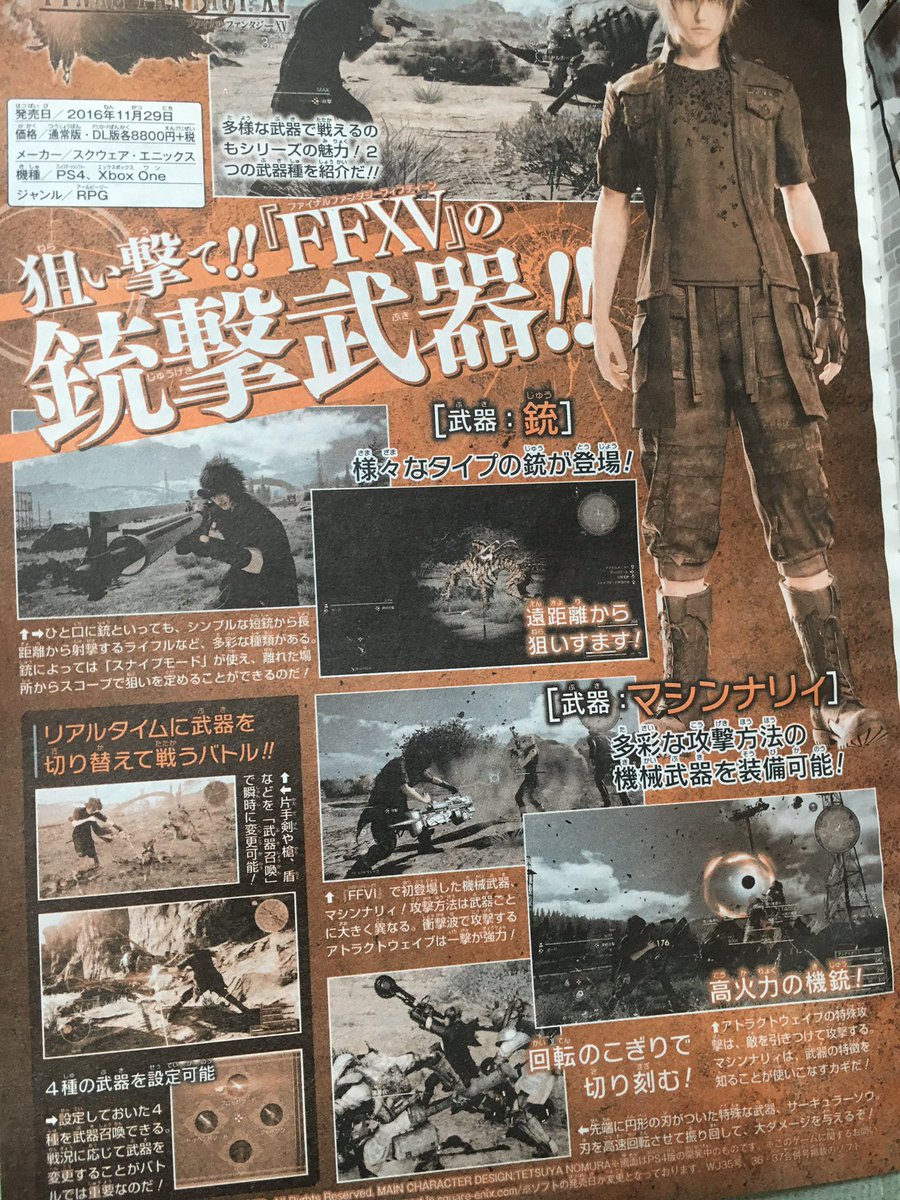