Hot Shots Golf (also called Everybody’s Golf in Europe and Japan) developer Clap Hanz has been pretty silent since the release of the sixth numbered installment of the popular PlayStation golf series in 2012, but apparently the  gears are starting to spin fast at the studio. 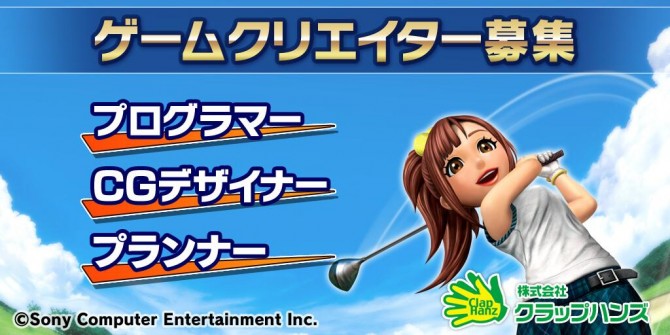 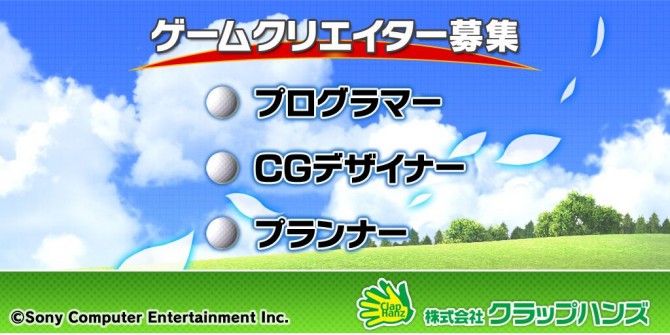 Those definitely seems to indicate that the studio is working on a new installment of the Hot Shots Golf  franchise, which shouldn’t be too surprising considering that it’s almost all they worked on since the company’s founding in 1998. The official career opportunity site also explains how the company was created specifically to produce Hot Shots Golf  2, and how the ties with the house of PlayStation are strong and have solidified further through the years.

Interestingly, a few of the career opportunity ads publicized today are marked as “urgent,” meaning that the studio most probably has some relatively close deadlines to meet.

One of the ads, seeking a Programmer, reveals that the project Clap Hanz is working on is indeed a golf game, as described by the features the candidate will have to work on:

The ads for a Character Modeler, an Animation Designer and  a Background Designer are also definitely interesting.

We learn that the tools used to create the 3D Models are Maya, Zbrush and Mudbox, which are widely used for PS4 development. The Character modeler will need to have experience both with high polygon and low polygon models (which is also a common requirement for PS4 developers). Deformed characters (typical of the Hot Shots Golf franchise) are also mentioned.

Of course we need to wait for an official announcement from Sony in order to be sure, but it definitely looks like we can expect a new Hot Shots Golf announced soon enough. The career opportunity ads seem to indicate it’ll land on PS4, but it could very well be on both Sony’s new console and PS Vita as well, like Hot Shots Golf: World Invitational (Everybody’s Golf 6) which was released on both PS3 and Vita. Thanks to Sony, players now have a good idea as to when they can jump into the world of Everybody's Golf in PlayStation VR.