An NHL 18 PlayStation 4 bundle slap shots its way exclusively to Canada. Includes the game, a DualShock 4 controller, and a 1TB PlayStation 4 console.

It’s time to finally bust out those hockey sweaters as the new NHL season begins next month. To help all the Canadian fans get hyped, an NHL 18 PlayStation 4 bundle will be available to purchase in Canada on September 15.

The aforementioned package will include the full game, a DualShock 4 controller, and a 1TB PlayStation 4 console for $379.99. Anyone outside of the Great White North interested in the bundle may have to take a road trip since it will only be available in Canada.

NHL 18 was revealed back in June with a teaser trailer. A few weeks after, the full reveal of the game was presented detailing new gameplay features and modes.

Similar to previous EA Sports titles, three versions of NHL 18 will be available to purchase. The Standard Edition includes the base game and is available on the normal launch day. The Young Stars Edition allows players to receive three days of early access to the new hockey title, as well as twenty bonus Gold Plus Hockey Ultimate Team packs, a Connor McDavid Rookie HUT Player item, Adidas Custom HUT jersey, EASHL celebration, and a Rookie HUT Player item from your favorite team. Lastly, The Young Stars Deluxe Edition comes with the aforementioned content with an additional twenty Gold Plus HUT packs.

NHL 18 will be available for PlayStation 4 and Xbox One on September 15. Check out our preview of the newest addition to the popular hockey franchise to see what we thought. 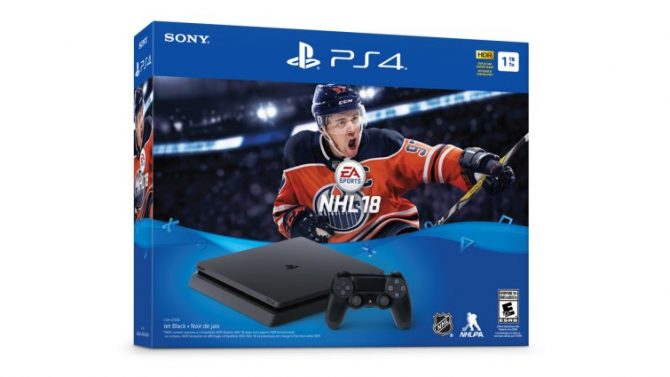 NHL 20 has been revealed and its suite of new improvements includes a mode called Eliminator that's inspired by battle royale games.