Nintendo released today its financial results for the fiscal year ended on March 31st, 2016. And they also dropped some juicy news, including  the lifetime sales for their current consoles and a release window for the upcoming NX. 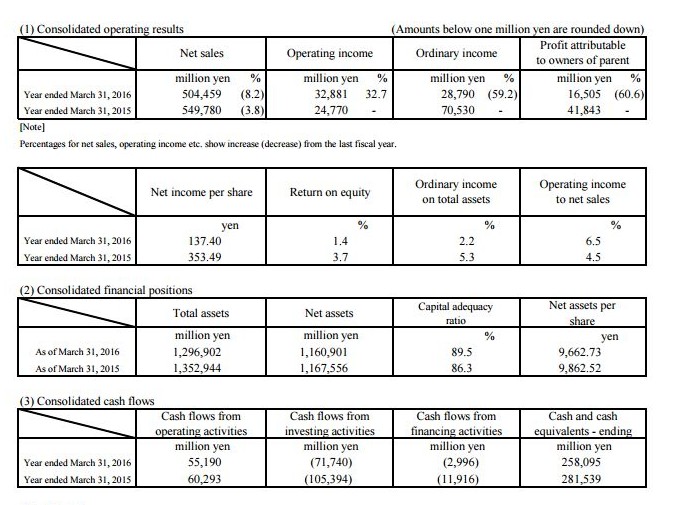 As usual, we get an update on hardware and software shipments for Wii U and 3DS. 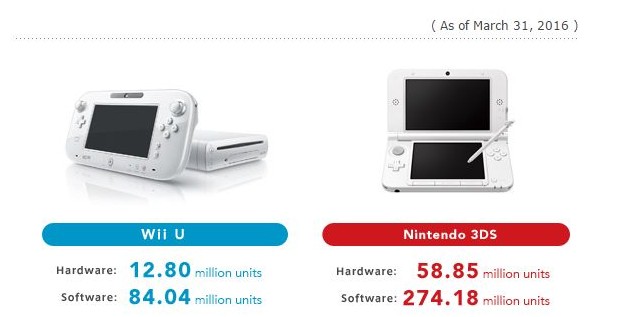 The house of Mario and Zelda also provided a statement via press release, including an in-depth analysis of the results for the year. Most notably, we learn that  Super Mario Maker shipped 3.52 million units, while Splatoon proved its dark horse nature, and shipped 4.27 million units worldwide.

There were also multiple hit titles from third-party publishers. However, due to the lack of major titles like Pokémon Omega Ruby/Pokémon Alpha Sapphire and Super Smash Bros. for Nintendo 3DS, which energized the entire 3DS business during the prior fiscal year, the worldwide sales of the Nintendo 3DS hardware and software were 6.79 million and 48.52 million units respectively. With respect to Wii U, Splatoon sold 4.27 million units and Super Mario Maker sold 3.52 million units, both becoming blockbusters and contributing to energizing the Wii U platform.

We also get the first forecast for the current fiscal year, including the notice about the NX’s release window:

“Outlook for fiscal year ending March 31, 2017 For Nintendo 3DS, we will release Pokémon Sun/Pokémon Moon globally in winter of 2016 (holiday 2016 in the U.S. and late 2016 in Europe). These are the latest titles from the Pokémon series, which has sold 200 million units worldwide since the first title from the series released 20 years ago. We will also release a number of titles including Kirby: Planet Robobot and Metroid Prime: Federation Force.

Strongly anticipated titles from third-party publishers are also scheduled for release. With the release of these titles, we will re-energize the platform and aim to expand our reach globally to a broad audience, including female and younger consumer demographics.

For our dedicated video game platform business, Nintendo is currently developing a gaming platform codenamed “NX” with a brand-new concept. NX will be launched in March 2017 globally.

As for amiibo, we will continue to expand the product lineup in order to maintain momentum. At the same time, we will aim to further expand sales by offering new gaming experiences with the use of amiibo. For our content download business, we will continue to offer appealing additional download content that enhance the characteristics of each game. We believe this will keep games actively played and maintain their popularity.

Incidentally, we also learn that the upcoming The Legend of Zelda game has been delayed to 2017, via Nintendo’s official Twitter account. The reason provided is the usual “to further improve quality,” but it is mentioned that the title will release simultaneously for Wii U and NX.

Last, but definitely not least Wall Street Journal tech reporter Takashi Mochizuki sent word from the conference currently being held in Osaka that the NX won’t appear at E3, but Nintendo will focus on the new Zelda game.