Nintendo’s first mobile title Miitomo has already started making waves in Japan, so it should come to little surprise that Nintendo is already planning their third update. According to a recent photo on Twitter (seen below), Nintendo will be adding a few new features and fixes, including the following:

Miitomo is in many ways a love-child of Tomadochi Life, Animal Crossing, and a traditional messaging app. While the game is only available on iOS and Android devices in Japan, the game should be coming to North America and other regions before the end of the week. 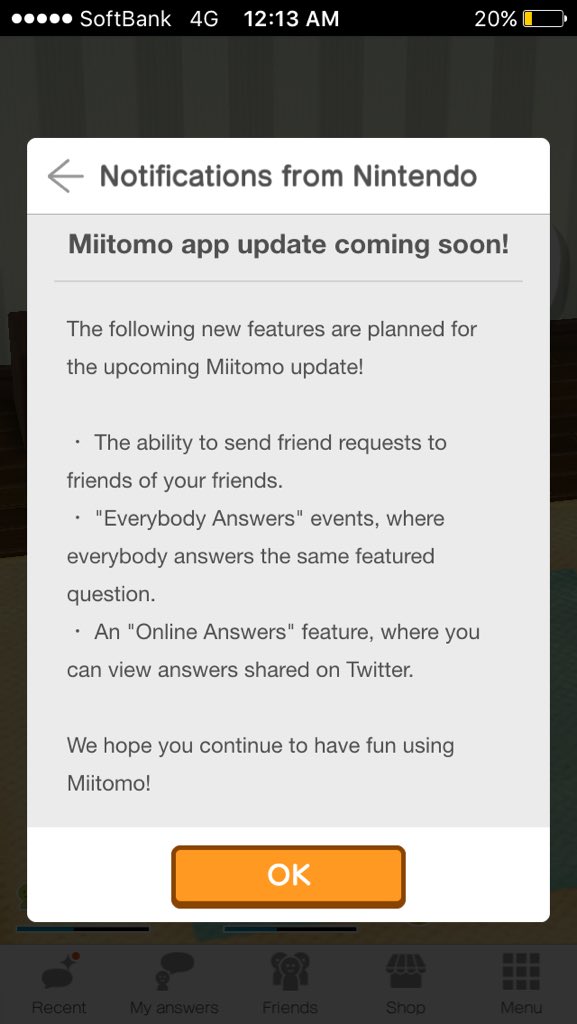