Obsidian, hot off of their success with Pillars of Eternity, are on their way to craft another great isometric RPG. Once again partnering with Paradox Interactive, Obsidian showed off their new title, Tyranny, at an off-hands gameplay demo during the Game Developers Conference 2016 in San Francisco.

The game will have the signature Obsidian features of factions vying for power and the player having to make decisions that will affect some in a new system where you balance wrath and favor. There are no classes, instead each character will have skills and traits that determine the type of role you want them to fulfill. Something you won’t determine is that your character has already been established as a leader in Overlord Kyros’ army.

In Tyranny, the battle of good versus evil has already been won by evil, and the game takes place in the aftermath. As you wander the now conquered land, people will know that you are part of the ruling faction and act accordingly. You can also interact with smaller factions in ways that will harm or help Kyros’ cause. 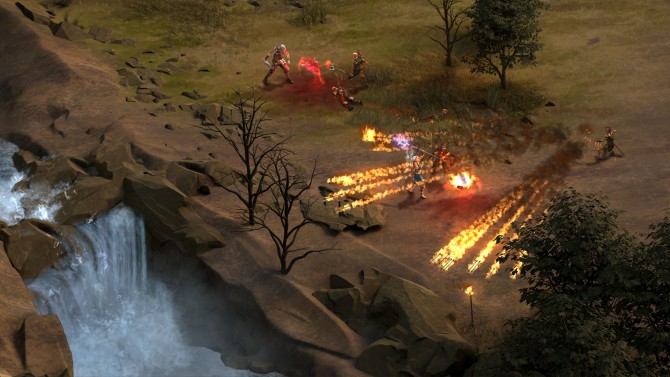 The prologue, which was not shown, determines parts of the game proper. The first save we were run through introduced Plainsgate, a previously prosperous land. In this region of the overall landscape the Scarlet Chorus is your ally, and they are warring with the Beastmen, one of whom has been captured.

Through dialogue you gain more favor with the Chorus by releasing the Beastman for them and taking the blame from the angry villagers who wanted to lynch him. In the second save, choices made beforehand result in a more shattered landscape, changing Plainsgate to Halfgate due to a fissure running through the village.

In this one you incur wrath from Stone Village by intimidating those at the entrance, then kill members of the Scarlet Chorus, and finally kill the Beastman tied up. 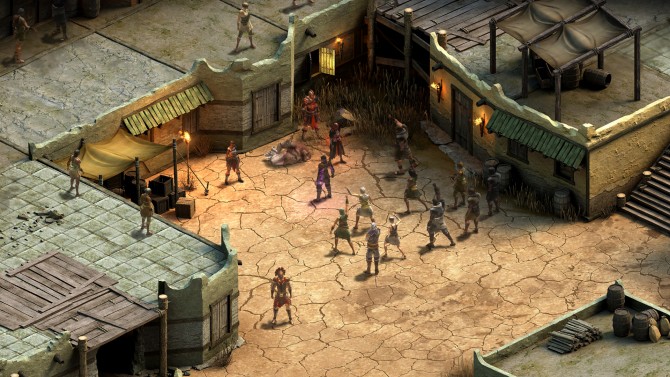 Only one battle was shown, against the Scarlet Chorus, but it will be familiar to anyone who has played Pillars of Eternity. Your four player party can be controlled individually in a real time pause system.

Skills are on a cooldown, so there are no replenishing mana bars, and players can craft spells, or utilize different types of armaments thanks to the class-less system. Something new Tyranny introduces, is teaming up with a companion for a unique skill accessible by their teamwork. The one shown involved Kade, the main character, throwing up his archer partner into the air to strike targets from afar. 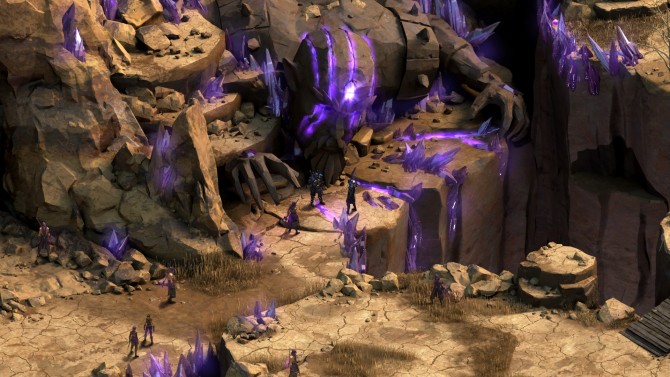 What remains to be seen is if Tyranny can truly separate itself from other RPGs with a main character who goes from naive hero to ultimate hero, or if its premise of an already established character on the immoral side will fall back and end with yet another fighter for the greater good.

The beginning area is a good stage to show the difference choices will make for the overall world, however, if these will continue to create branching paths up until the end is another feature we will have to wait and see through. Despite these reservations, Obsidian has already proven themselves a talented developer, and it is great to see them not having to rely once again on crowdfunding for their next major project. Along with the expansion's impending release date, Paradox Interactive and Obsidian Entertainment have revealed a new trailer for Tyranny: Bastard's Wound.