The footage, that you can see below courtesy of YouTube user xenosaga7, was introduced by Director Taro Yoko and Producer Yosuke Saito. It showcases both YoRHa 2B and the newly introduced YoRHa 9S in action.

We even get to see the debug mode, used to place enemies in the environment.

Incidentally, it looks absolutely fantastic, even if we have to keep in mind that it suffers from Nico Nico’s abysmal compression. In fact Yoko-san mentioned once more that the goal is to have the game running at 1080p, 60 frames per second.

During the event, it was also announced that NieR: RepliCant (the Japanese PS3 version of the original NieR) will be released on PlayStation Now in Japan, as reported by xenosaga7 himself.

Update: Added a version of the footage with a smoother frame rate, giving a better idea of the fluidity of the gameplay. Keep in mind that it’s still recorded from nico nico, so the abysmal compression remains. It’s courtesy of YouTube user Kira A. 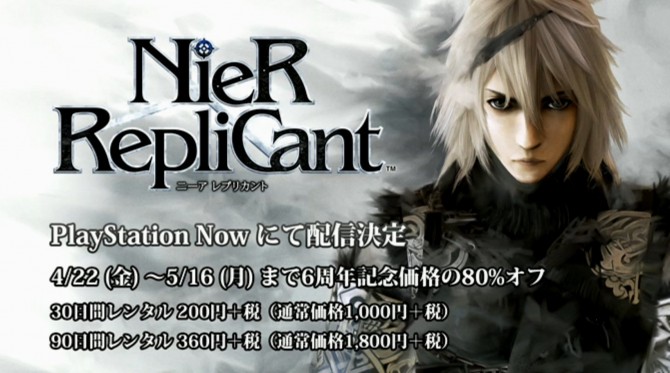