Sony Corporation released the documentation for its Investor Relations Day, currently being held in Tokyo. and among the documents there were several interesting pieces of information about the performance and future strategy of the game and network business.

First of all, we get a recap of the results achieved in the past fiscal year, including a 51% increase of total net sales on the PlayStation Network. The partnership with Kojima Productions is also showcased as an investment for the future. 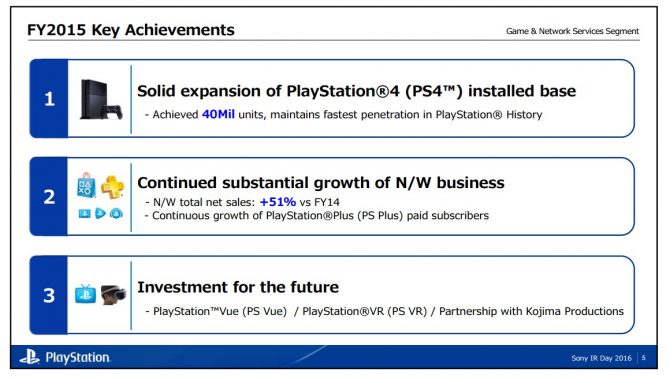 The establishment of Sony Interactive Entertainment is outlined by the following slides, including the slogan “More joy through Play”: 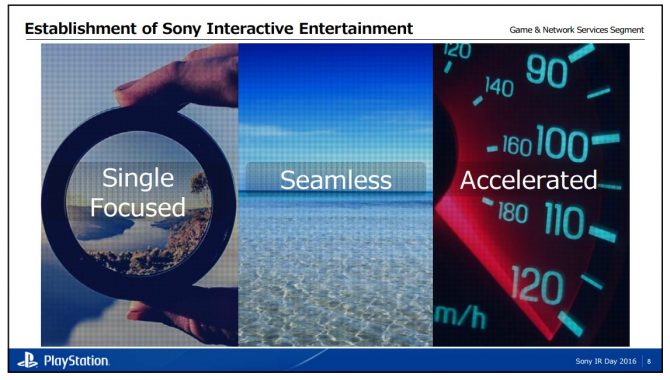 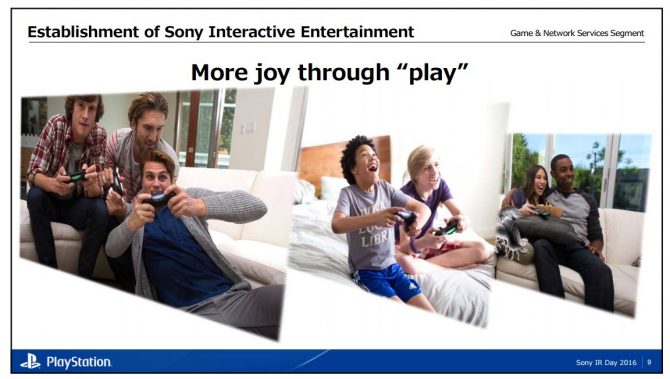 There won’t be substantial changes in the mid-range core strategy for the business: 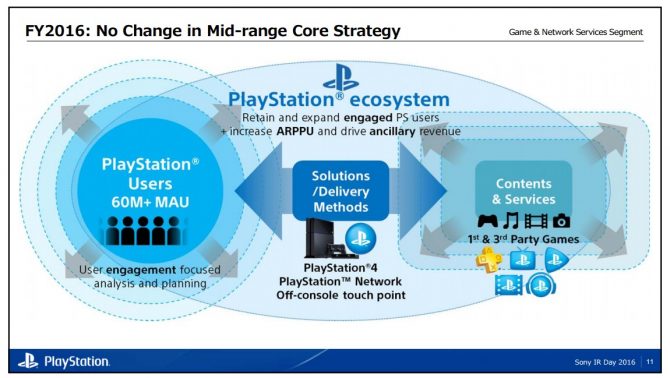 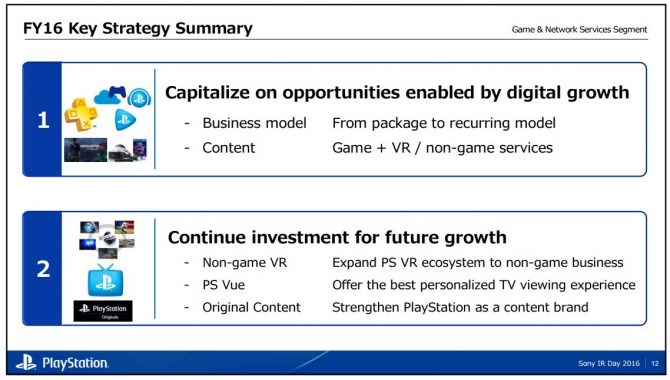 We also learn that the intention is to focus on recurring business models, and that by March 31st, 2016, PlayStation Plus reached 20.8 million paid subscribers. 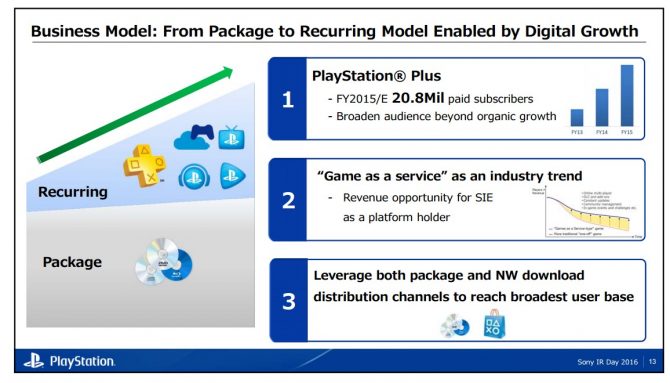 PlayStation VR’s first objective is to launch successfully as a game platform, and then to expand to non-gaming applications and services. 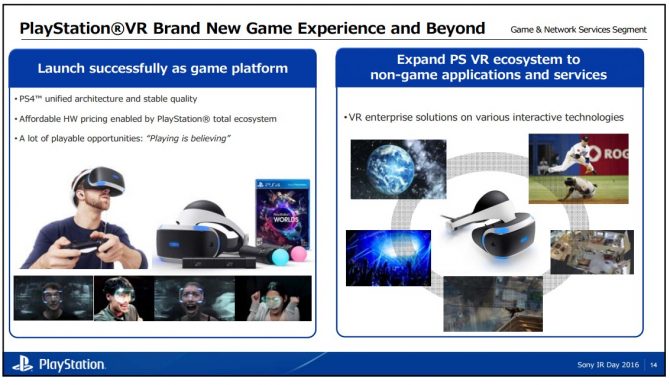 We also get a comparison between the operating profit in the past two fiscal year, and the targets for the current fiscal year, that have been revised upwards. 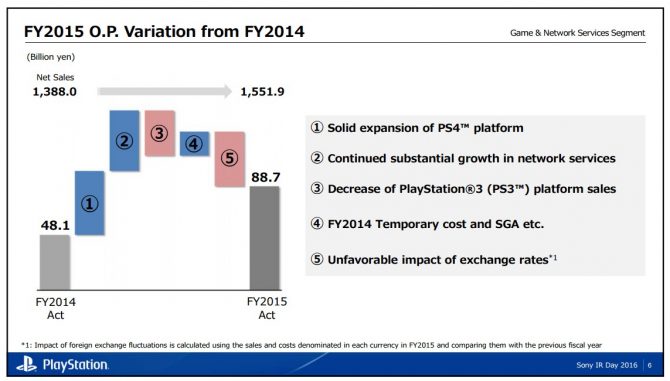 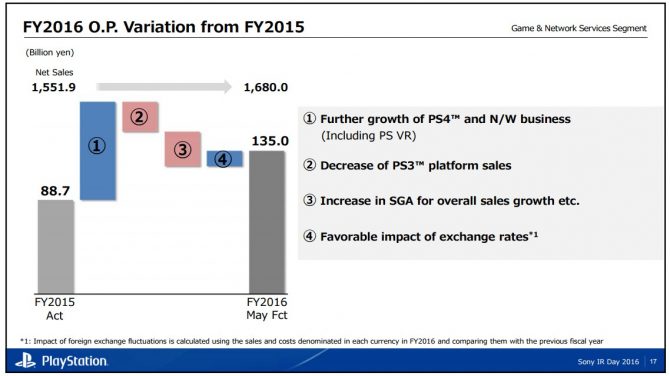 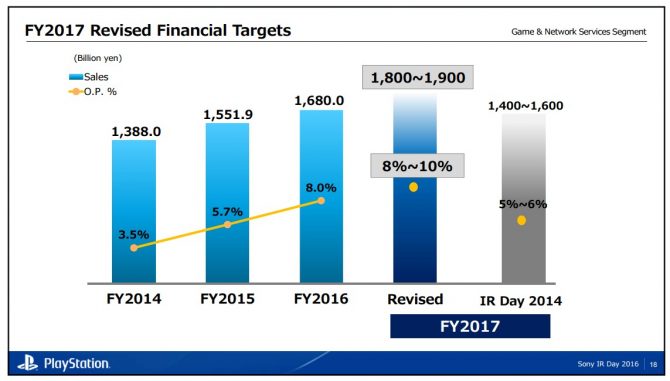 Former Sony Interactive Entertainment CEO Andrew House gives an uplifting farewell after stepping down from his position at PlayStation.

Sony Not Comfortable Being the Market Leader in VR; Nintendo Switch Has Not Impacted PS4 Sales

PS4 “Close to the Peak” According to Sony: “Confident” About First Party Games