Chisa Yokoyama and Michie Tomizawa had doubts about their roles in Project Sakura Wars but eventually ended up embracing them.

Chisa Yokoyama was first contacted about Project Sakura Wars between Winter and Spring 2018. She was asked out for lunch by an unnamed veteran Sega staff member she calls “Big sis”, who claimed she had something important to tell her. Big sis and Chisa Yokoyama go way back and they have a great relationship. As they were eating, Big Sis told Yokoyama about the game. This is when Yokoyama learned Shin Sakura Taisen wouldn’t have Kosuke Fujishima as character designer, that the older Imperial Combat Revue characters aren’t coming back, and that it’s a sequel taking place many years later.  At that point, Yokoyama thought Shin Sakura Taisen felt completely different from the past games:

Chisa Yokoyama: I’m an actress, my job is to do the role I was hired for, so I don’t refuse a role because of my own opinion. So we kept chatting, and then Big Sis gave me the draft illustration of the character I would voice, Yasha. She explained to me that it’s a mystery whether Yasha is supposed to be Sakura Shinguji or not. I was really happy to be getting a new job offer, and that they didn’t forget about me. The problem was, if Sakura really is Yasha, then I must voice her. However, if they aren’t the same person, then I shouldn’t be needed and they should pick someone else. Because Yasha’s identity wasn’t clear, I ended up declining the role. 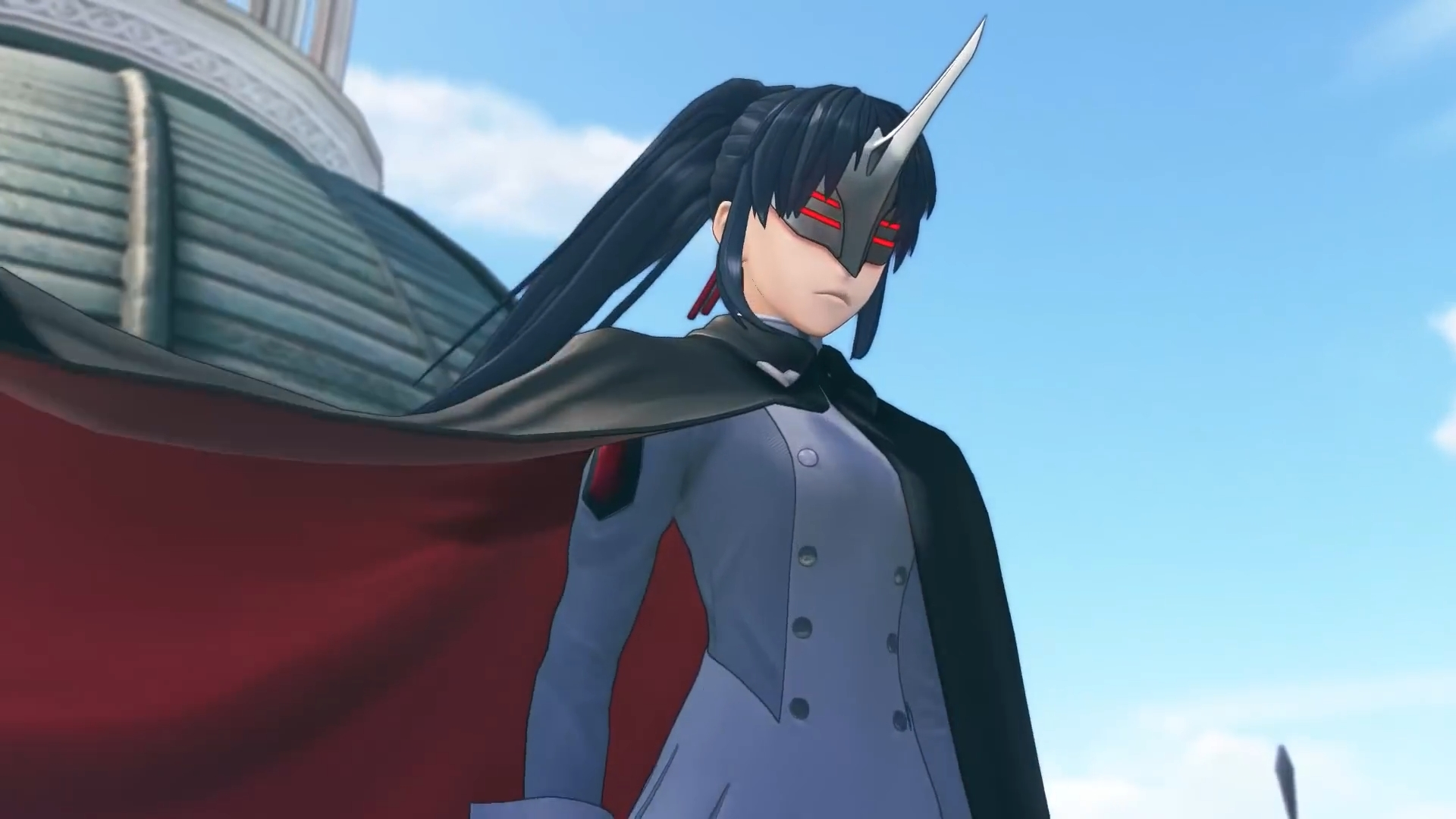 Besides the offer, Big Sis also wanted to ask Yokoyama for advice about how Sega should approach the other Sakura Taisen seiyuu and explain the new game to them. Yokoyama answered that since they aren’t going to replace them, an explanation shouldn’t be necessary. As they kept chatting, Big Sis asked Yokoyama to first read Yasha’s script before turning her down, and this is what happened:

Chisa Yokoyama: After reading Yasha’s script, I declined the role again (laughs). In that script, Yasha was a stereotypical villain with sterertypical lines, and she’d even do an evil laugh when appearing. It just gave me another reason to refuse. It made me think “This character isn’t even close to Sakura Shinguji”.

Chisa Yokoyama felt that, as an actress, she wasn’t in a position to say anything. However, she thought at this rate, players who know the series definitely won’t think this Yasha character could be Sakura, and the whole mystery thing would have been for nothing. As such, Chisa Yokoyama ended up proposing various ideas to Sega, in order to make Yasha closer to Sakura. She asked Sega to make Yasha speak in the same polite tone as Sakura, and use the same Japanese pronouns Sakura would use. Sega agreed to it, which led to Chisa Yokoyama accepting Yasha’s role.

Through comments gathered by Famitsu, Shin Sakura Taisen Producer Tetsu Katano admitted that Yasha’s character wasn’t solidified yet when they asked Yokoyama to voice her. And that Yokoyama greatly contributed to shaping the final version of Yasha, making her a really good character. Chisa Yokoyama was extremely happy to hear that.

Next, Michie Tomizawa shared her own story on how she ended up reprising Sumire’s role, again. 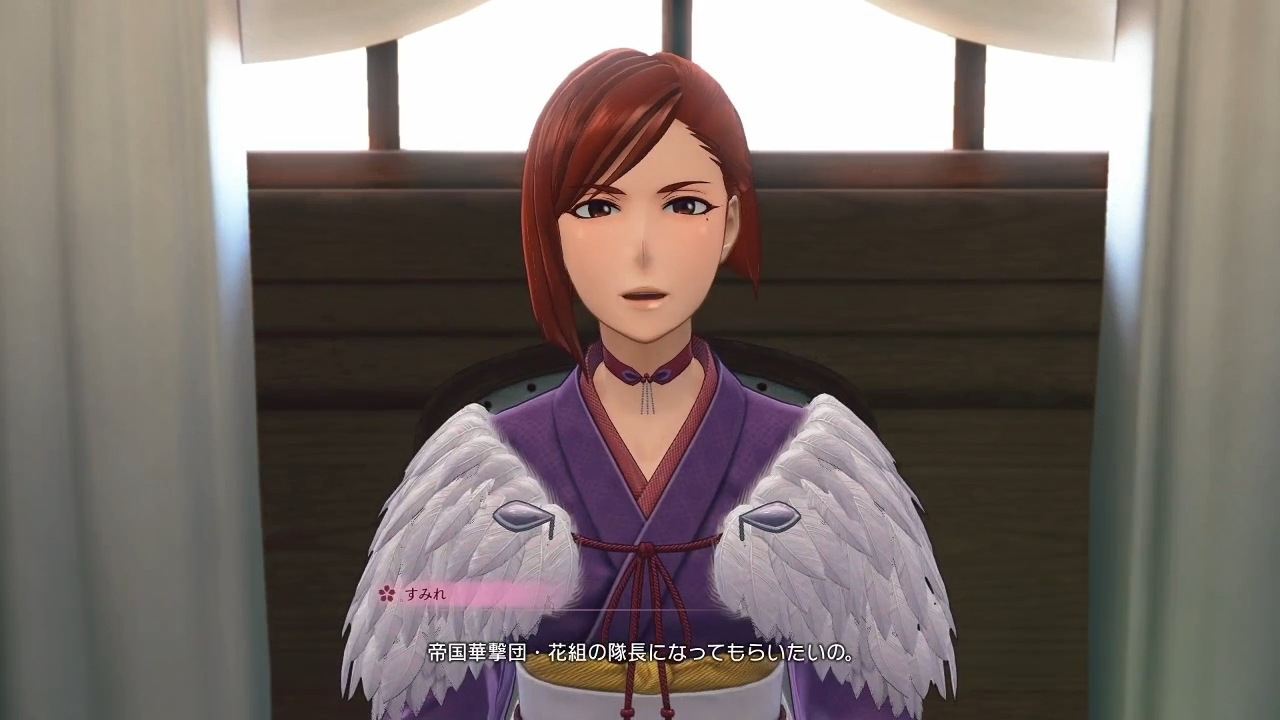 Michie Tomizawa first heard about Shin Sakura Taisen through her manager. When she heard about the game, she got so surprised she screamed in the middle of the city. But then she learned Sumire would be the only returning character, and she started having doubts, wondering if it was okay for her to come back by herself. She felt like she would be betraying the other seiyuu. At that time, she didn’t know many details about her role, so she was feeling a huge mix of happiness and confusion.

Later on, Tomizawa heard about Shin Sakura Taisen‘s story pitch. How ironic fate was: because Sumire retired, having lost her spiritual power, she got permanently separated from her comrades of the Combat Revues, who “disappeared” together. This made Tomizawa feel even worse about reprising the role, thinking about the burden Sumire must be carrying. Sumire felt like she hurt her friends by retiring alone while they kept fighting, and then she was hurt when left all alone. However, Michie Tomizawa always loved Sumire, so giving up on the role was out of the question:

Michie Tomizawa: I was at a loss about what to do, but I was contacted by Chii-chan, who had just received the offer for Yasha. She saved me, by telling me “I’m so happy you’re coming back to voice Sumire. Because if you reprise her role, Sakura Taisen and Shin Sakura Taisen will really be connected.” At that moment, I vowed that I would definitly reunite with the old members of the Flower Division one day. And that I will protect the  members of the new Flower Division. That I would shoulder these two responsabilities and head into a lonely battle. The Sumire Kanzaki in Shin Sakura Taisen is different. She’s fighting not as a member of the Flower Division, but as the commander of the Imperial Combat Revue, guiding the new members. The old Sumire will come back after she managed to bring back her old comrades. Thinking about all this, I accepted the offer.

Ending the interview, Chisa Yokoyama and Michie Tomizawa talked about how precious Sakura Taisen and their characters are to them. Reading this interview nearly made me cry at times. I’m looking forward to Project Sakura Wars even more now.

This was the second part of the interview, which focuses on Chisa Yokoyama and Michie Tomizawa chatting about Project Sakura Wars. However, the first half of the interview also included anecdotes about the beginnings of the Sakura Taisen franchise and the first Kayou Show. I won’t be translating this because It’d take way much time compared to how much I’m paid. So be sure to read the full interview. I assume you can read a bit of Japanese if you’re hyped about Project Sakura Wars, and fan enough of the franchise, of Chisa Yokoyama and Michie Tomizawa to read such a long article about them.

Similarly to the seiyuu, what worried me the most about Shin Sakura Taisen was the fact that the new characters aren’t coming back. The change of character designers actually isn’t surprising when you realize Hidenori Matsubara is the one drawing all the new illustrations for the past games nowadays instead of Kosuke Fushijima. The switch to Action RPG was predictable too. Luckily, all the characters we’ve seen so far seem really great, so hopefully, we’ll grow to like them at least half as much as the older ones.

The next Shin Sakura Taisen stream will happen on December 11, from 19:00 to 21:00 JST (click here for time conversions). It’ll be held at the Hanayashiki Amusement Park in Asakusa. People part of the Sakura Taisen Ouengumi can participate in a lottery to get to attend the event live. We’ll cover it as usual.

PS4 exclusive Project Sakura Wars (temporary title in the west) launches on December 12 in Japan and in Spring 2020 in the west. A demo is available on the Japanese PlayStation Store since November 21. We’ve covered every single detail Sega revealed about the game. You can most notably check out the latest details: