Yesterday GameStop held its quarterly financial presentation, and we learn that software sales for PS4 and Xbox One are growing steadily at the retailer, both within the new and pre-orwned markets.

During the full fiscal year 2015, new software sales for the new current generation consoles grew by 54%, while pre-owned sales almost doubled, with a 89% growth.

Grotwth for the latest fiscal quarter is a bit more modest, but still very relevant: 42% for new software, and 52% for pre-owned.

Conversely, things aren’t going that well for old-gen software. In 2015, new sales dropped by a whoppiong 64%, while pre-owned sales brought in 28% less revenue. 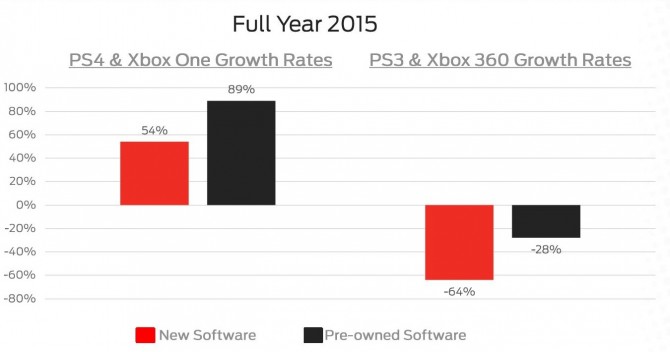