At GDC 2016, Guerrilla Games Art Director Maarten van der Gaag spoke at a panel focused mostly on outsourcing art assets and towards the end, as a nice reward cookie, there was an image showing artwork from Horizon: Zero Dawn.

You can see it at the bottom of the post, showing what kind of level of detail we can expect for an apparently mundane element like a roof in a location named Nora.

From the panel we also learned a few interesting concepts: 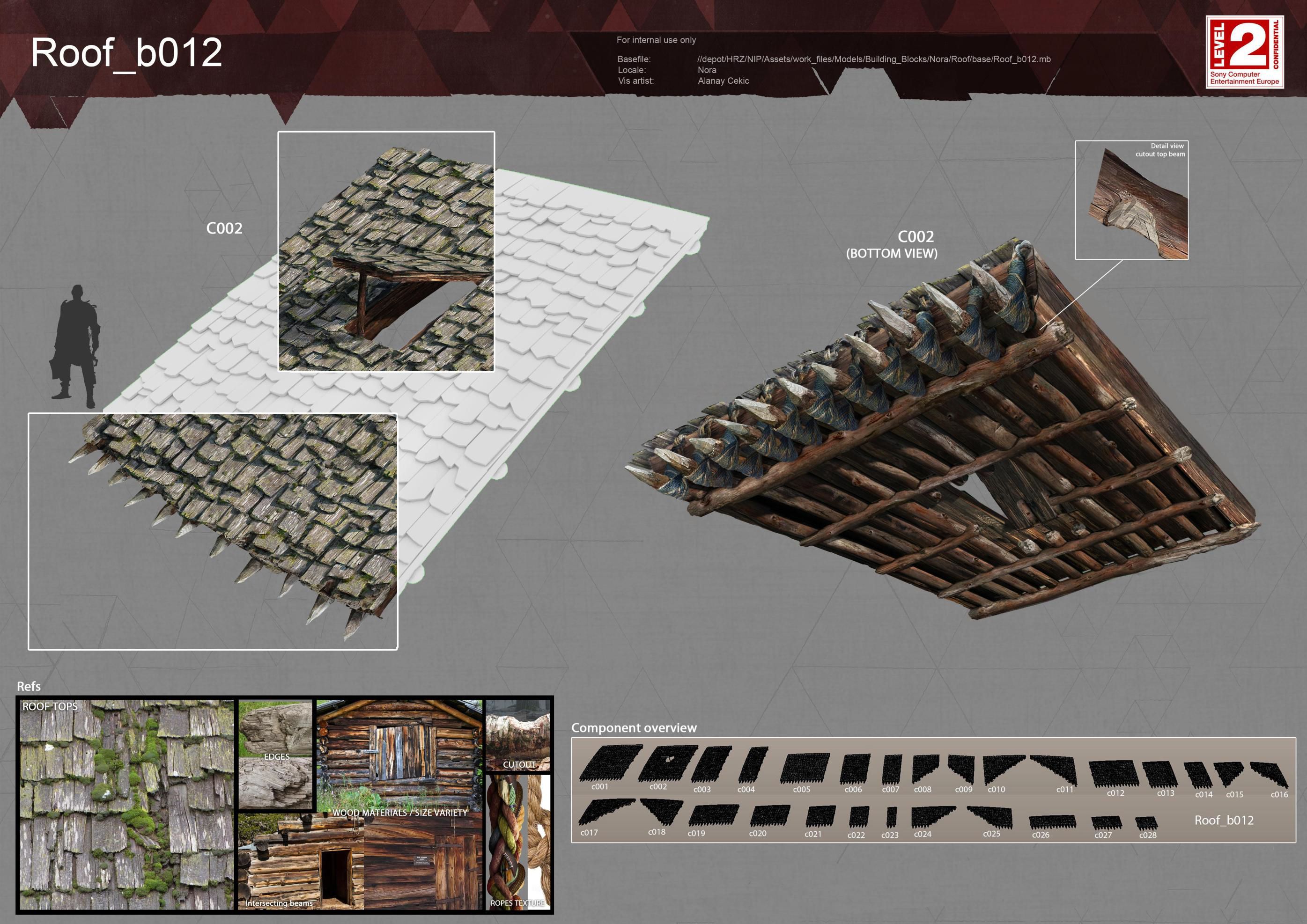