If you want to try out NiOh, Koei Tecmo’s take on Dark Souls meets Onimusha meets Ninja Gaiden, the demo has just been made available on the European PlayStation Store.

Below you can find a few national links.

If your account is from another European country, logging in from one of those links should bring you to the appropriate download page. If you’re from anywhere else in the world (including North America), you’ll have to to use or make an European account. Just make sure to set your PS4 as primary console for it, and you’ll be able to download the demo and use it on any account for which the PS4 is also set as primary console.

“Ready to die? Experience an early version of the newest brutal action game from Team NINJA and Koei Tecmo Games. In the age of samurai, a lone traveler lands on the shores of Japan. He must fight his way through the vicious warriors and supernatural Yokai that infest the land in order to find that which he seeks.

Players who clear a stage in this demo can download The Mark of the Conqueror, which will entitle them to a reward in the final game. Don’t miss out!”

The demo will be available only until May 5th, and after that date you won’t be able to download or even to play it.

The download is relatively modest, requiring only 3.876 gigabytes of your bandwidth. So, what are you waiting for? 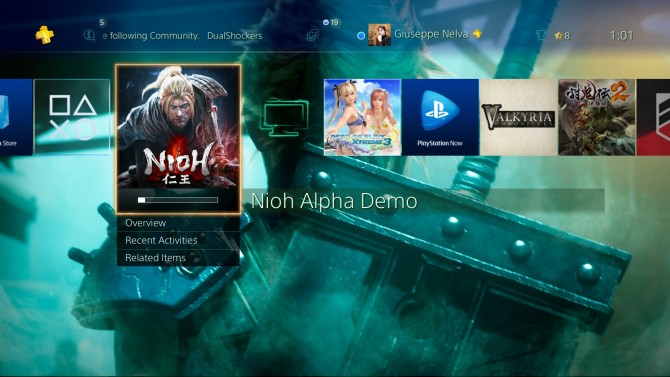