The release of The Order: 1886 on February 20th is approaching quickly, and the game’s alternate reality website is proving to be a lovely source of information on the background of the game.

Today we get no enigmas, but something just as interesting, in the form of a diagram of what seems to be Nikola Tesla’s  AC dynamo-electric machine (basically, a generator).

More from Tesla’s lab – we found this sketch on the back of a handbill (where was Tesla shopping exactly?)… perhaps some kind of motor? Can anyone identify what this is? 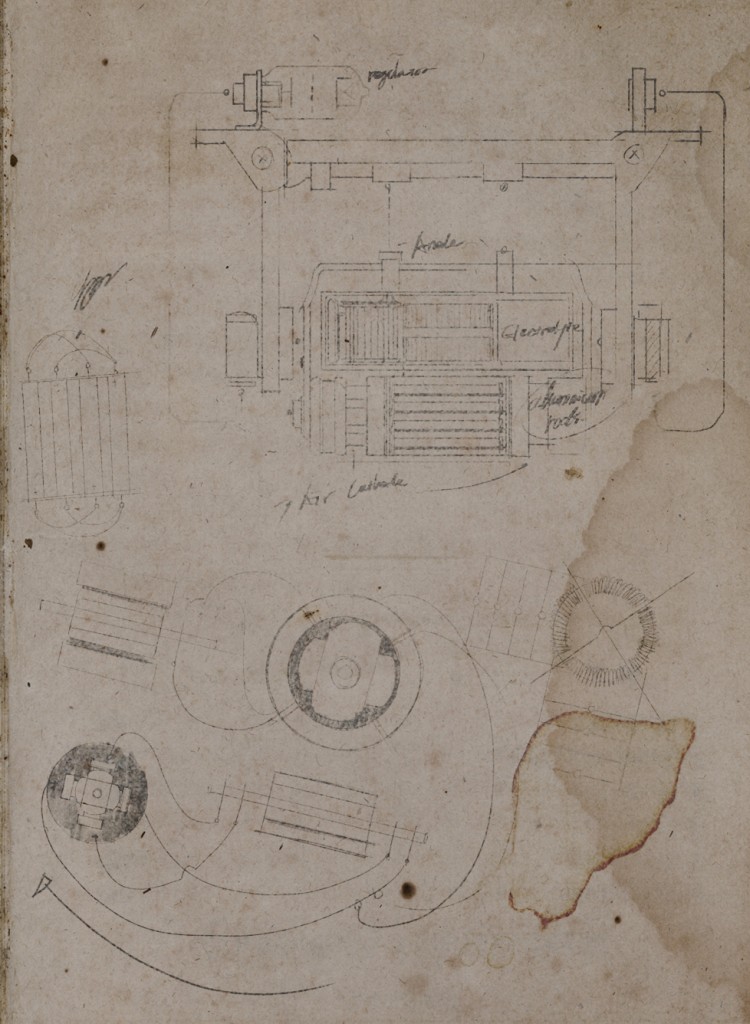 The next entry teases an upcoming and terrifying video. What will it show? In previous entries the author of the blog mentioned drinking from the black water, and then healing after having cut himself. He also mentioned that what he did after that was “something else.” Are we going to see that tomorrow?

There’s another video that Ian and I shot, after we broke into The Order’s complex. I’ve mentioned it in previous posts. Let me be totally honest – I’m terrified about releasing it. Some will think it’s fake. Others will understand the significance of what they’ve seen. Proof, real proof that many of the old stories about The Order are in fact true. But the consequences of letting this out into the world are keeping me up at night – it’s too incredible… I haven’t the slightest idea what will happen… I’ve been wrestling with this for the past week. I may post it tomorrow. I may never post it. I have to think.

Another entry shows an inventory of the Order’s armory. While the actual weapons are hard to read, the paper brings the mark of the United India Company, that has already come up before, identifying it as having solid ties with the Order itself.

Found this in the complex just outside of Tesla’s lab. Looks like an inventory of The Order’s armory… grenades? Incendiary ammunition? These guys weren’t messing around. 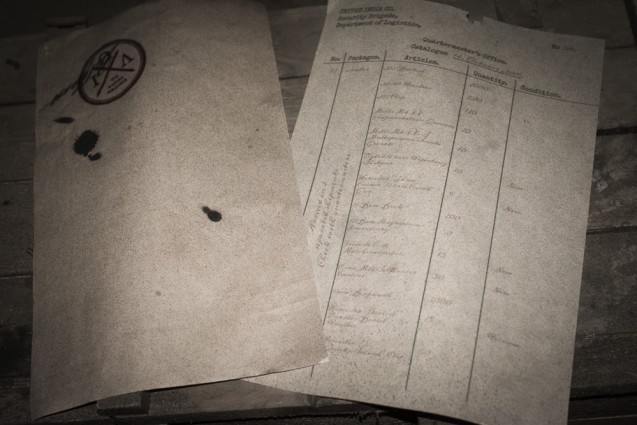 Finally, we get to see a great real life reproduction of the armor of a knight of the Order. I have to say, Sony is really pulling out all the stops with the props for The Order: 1886. I don’t remember them making this kind of promotional effort for other games before.

Another great find from the underground complex. Clearly the uniform for one of the Knights of The Order – the armor was still wet with oil and the cloth was in almost perfect condition. 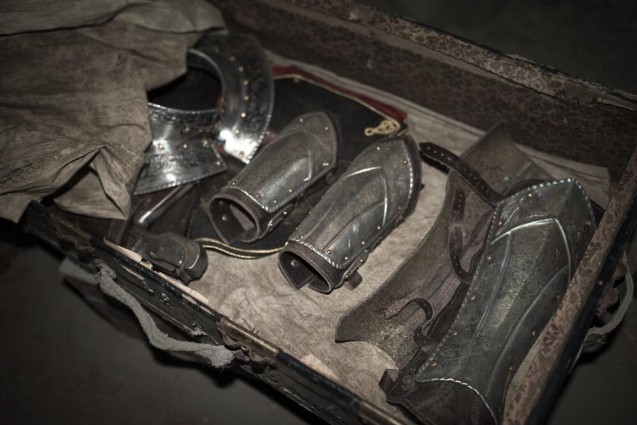 A post at NeoGAF fuels rumors that Ready At Dawn’s The Order: 1886 is getting a sequel that will be available for next generation consoles.