A couple days ago a mysterious teaser site appeared for a new Fate/ game, and today Famitsu revealed its identity.

The series returns to consoles with FATE/Extella, that will be released in Japan for PS4 and PS Vita and will actually be an action game.

The first screenshots and information will be included in the issue of Weekly Famitsu that will be released on Thursday, but at least we know that it isn’t a mobile game.

The official site has also opened, but it doesn’t show anything relevant besides the picture at the top of the post and the logo. 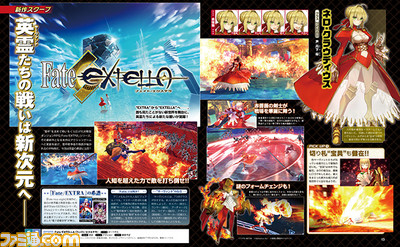