Today PQube announced a limited edition for its upcoming visual novel/mystery investigation game Root Letter, that will be released in Q4 for PS4 and PS Vita in North America and Europe.

The limited edition (which is different from the Pen Pal Edition exclusive to Rice Digital) includes the following.

On top of that, we also learn that the artbook will be offered by select retailers as a pre-order bonus for the standard edition of the game. 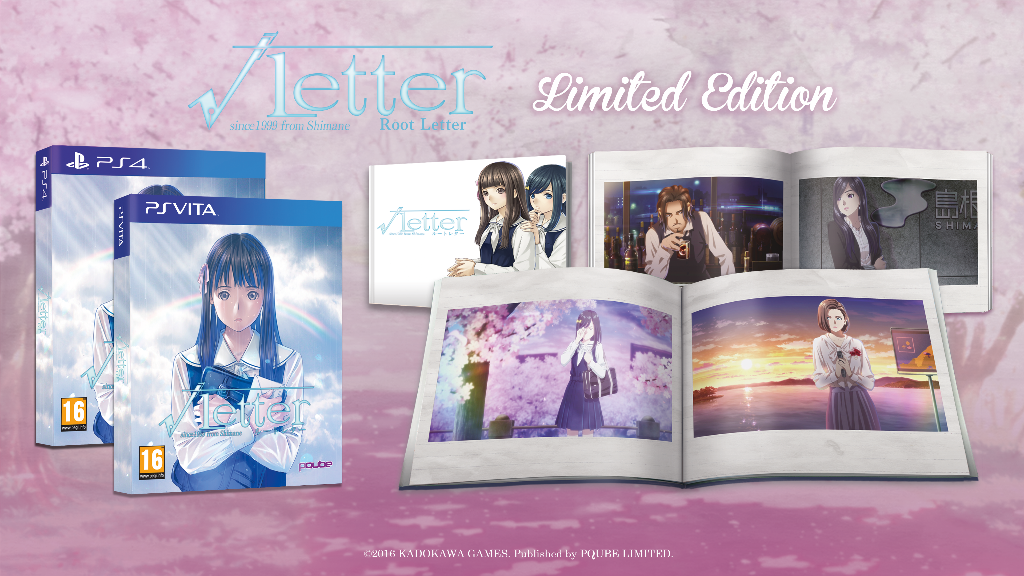