Atlus has made update for the launch edition of their RPG Persona 5, coming to PlayStation 4 and PlayStation 3 on February 14 in North America and Europe.

The company has revealed the artwork shown on the Steelbook case. This will feature the cast of characters from the game looking as cool as ever covering the entirety of the case.

Additional features include a clear inner-case that has the characters in their thief attire.

You can check out the new Steelbook below: 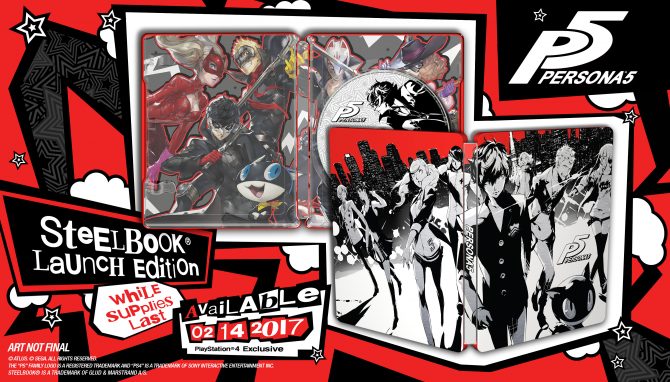