The Entertainment Software Rating Board, known as the ESRB, is a ‘voluntary’ rating system that claims to be designed to provide “concise and impartial information about the content in computer and video games so consumers, especially parents, can make an informed purchase decision.” The problem lies in the dreaded ‘M’ for mature rating that is slapped on many titles, which deems that game unsuitable for anyone under the age of seventeen in the United States.

Several stores already have policies against selling M-rated games to minors, even though the age limit is seventeen and not eighteen. In the event where a parent is present who just so happens to be with their child, there are even some policies where the store clerk must stop and read the complete ESRB warning before selling the game. To top it off, there have also been attempts to make it against the law to sell violent video games to minors, which was stuck down by the Supreme Court as unconstitutional. 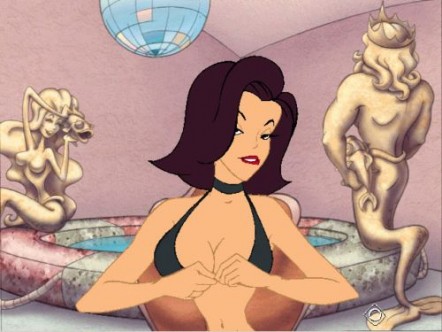 While I’m not one to promote giving every twelve year old a copy of Postal 2 or Leisure Suit Larry and telling them to go nuts, I do believe that there are several games out there who got slapped with the M-rating that didn’t deserve it while others slid by with a T for teen.

I can see why a game such as Prototype 2, which has the main character ripping apart other human NPC’s into chunky bits and dropping the F-bomb every other minute, got the second highest rating for games. What I can’t see is why the online cartoonish shooter, Team Fortress 2 also has an M-rating for blood, gore, and intense violence which are most of the same warnings that Prototype 2 also received.

The complete series for Mass Effect got the M-rating as well for blood, partial nudity, sexual content, strong language, and violence even though by the third game, it was extremely censored and mild with underwear that never came off — not even in the lesbian shower scene. 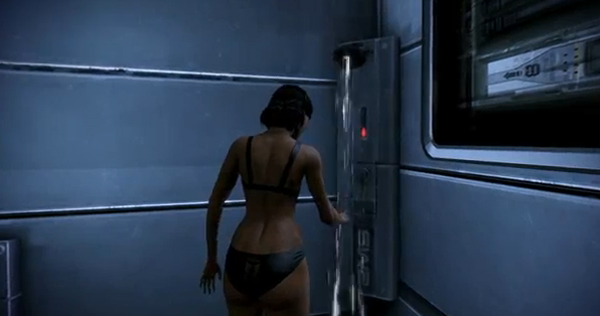 When I hear the words ‘Lesbian Shower Scene’, I think of, I don’t know, a lesbian shower scene. Not two women mildly flirting while one is completely dressed and the other in full underwear, and there just happens to be a shower in the room. Also, the strongest language I heard was Shepard calling someone a son of a b*tch. Even Jack’s dirty mouth was washed out from her new moral compass on life, if she even lived up to that point.

In a PG-13 movie, the usage of the “f” word can only be used once and not to describe the sexual act of. It can even have bed-breaking sex scenes that fade to black and still have screaming preteens lined up outside with no one reading them all of the content warnings before being able to purchase a ticket.

As far as MMORPGs are concerned, the ESRB cannot actually rate online experiences since they vary. They can, however, rate in-game content for things like graphics, gameplay, and what NPC’s say. TERA got an M-rating for blood, violence, and suggestive themes while Guild Wars 2 walks away with a T- rating for blood, violence, mild language, and use of alcohol. I can only assume that the side-boob shots in TERA are what’s being considered suggestive, even though I would think that would fall more under partial nudity.

Suggestive themes are such an open-ended warning because it basically means that somewhere there is an implication of adult content, be it sex, drugs, alcohol, or something else. There are no specifics, so it’s like an Easter egg hunt even though all of those warnings have their own category already.

Star Wars: The Old Republic also managed to slide by with T-rating for blood and gore, mild language, sexual themes, and violence. Wait, I have to stop.

Really? The game that uses blasters and lightsabers that don’t spill blood has a warning for blood and gore? Pretty sure that even when my Bounty Hunter decapitated someone, that the scene only showed him bending over and standing back up. That was it; no body and no blood, not even a leaky duffle bag. 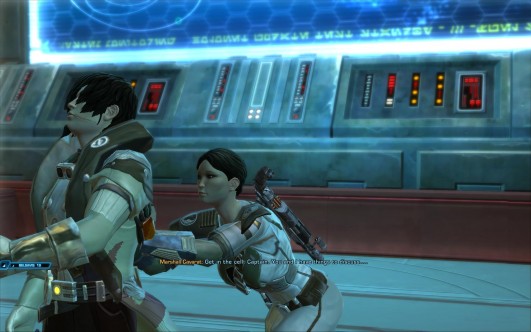 Granted, I get the sexual themes warning. Corso Riggs pimped out  my Smuggler to other women wanting to pay me in something other than credits more times than I can count. My poor Inquisitor also had a surprise sexual-themed encounter from asking a girl to show him around, which I guess was code for, “Take them panties off.” I wasn’t warned about it, not even through a ‘Flirt’ option.

Even World of Warcraft has a T-rating, and we can all take a wild guess at the suggestive themes are in there. I will never forget the quest in Zangarmarsh titled, “Nothin’ Says Lovin’ Like a Big Stinger.” Fair enough. But considering the gameplay and graphics in TERA, I would not say that the M-rating is needed for such a mild title when comparing it to what other games can get away with and still be considered fine for teenagers, but perhaps my view is different then most.

As a teenager, my games weren’t filtered or monitored heavily by my mother who looks at games just as any other sort of entertainment. That if I could watch a movie with just as much, if not more violence, sexual suggestions, foul language, and dramatic adult situations, then I could read the book and play the games just as well. I understand that the maturity I had as a child is not universal, so unlike the advocacy group, Parents Television Council, I’m not going to ask my local stores to put M-rated games higher up on the shelves like they are porn magazines to keep out of the reach of kids.

Instead of blindly taking the advice of an obviously flawed system, I implore gamers and parents alike to look at the content of a video game before making a quick judgment based on a rating. I mean, come on, if you let your kids see the last few Harry Potter or Twilight movies, I guarantee you that they won’t even flinch about a Call of Duty or Dragon Age game. One should be more concerned over an obsession with sparkling vampires and lovable werewolves and not head shots to zombies. New Kitana and Mileena MK Artwork is Exciting and Frightening Australia is One Step Closer to Getting an R18+ Rating

ESRB Lambasted for Sales of Mature Games to Minors

Downsides Down Under: Censorship in Australia

Innex Shows Us a New Way to Shoot on Wii

The Saboteur Gets ‘M’ Rating