Could a pixel-art side-scrolling action game by a talented indie team help pushing the legendary Record of Lodoss War back under the spotlight?

Thirty years ago, the first Record of Lodoss War novel by Ryo Mizuno, titled The Grey Witch, hit Japan by storm, bringing a concept of fantasy closer to the classic Dungeons & Dragons compared to what the local audience was used to.

After that, the franchise sparked several novels, video games, a tabletop RPG, an OVA series that is considered one of the most relevant classics of the nineties, a TV series, manga, and more.

Over the past few years, while retaining its legendary status, the series kind of slipped under the radar, unbeknownst to the younger generations. Yet, now that the series is celebrating its thirtieth’ anniversary Kadokawa is ready to bring it back in a big way.

Since we’re a gaming site, we’ll start with that. A side-scrolling action game code named simply Record of Lodoss War is in development at Team Ladybug. You may know them for the charming Shin Megami Tensei: Synchronicity Prologue. While there is no release window announced, the plan is for a release on Steam. You can see a trailer at the bottom of the post.

Beyond video games, a brand new novel by Ryo Mizuno will finally expand the Lodoss world in winter 2018, and a new edition of the tabletop RPG will be released in Japan in the fall. A box with the remastered edition of the OVA series will also launch in the country on August 24th.

It’ll be certainly interesting to see whether Record of Lodoss War will manage to catch the spotlight again until all this time. Another story by Ryo Mizuno, Record of Grancrest War, is currently being aired as an anime TV series and is getting a video game by Bandai Namco.

Yet, at least for me, it fails to capture the magic of the original Lodoss. I certainly hope to see this evolve into something bigger in the future. 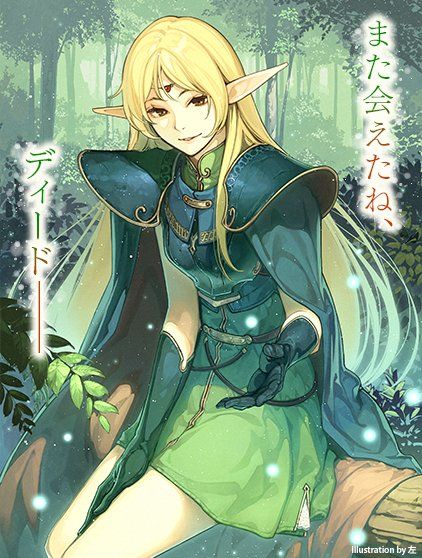