Compared to mainstays like Nintendo or Sony, Microsoft’s entry into the console space has been relatively shorter. However, since entering the console market in 2001 with the original Xbox, Microsoft has managed to craft a stable of compelling and notable franchises.

With Halo, Gears of War, Forza Motorsport, and more, Microsoft has certainly delivered in bringing big exclusives to their consoles that have been synonymous with the Xbox name. Of course, for every Halo or Gears that Microsoft have brought to their consoles, there have also been a variety of smaller, more experimental titles that — while a bit more hit and miss — have tried to bring some diversity and variety to a console family beyond just shooters and sports games. 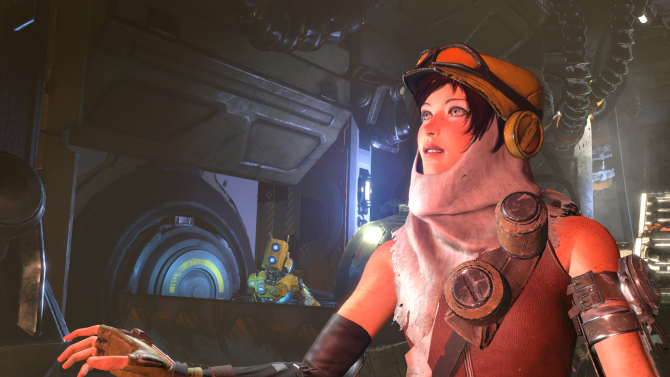 ReCore, the latest title to come from Microsoft Studios (under the development of Comcept and Armature Studios), falls into that camp of games in many ways. Coming from the minds behind Metroid Prime and produced by Mega Man creator Keiji Inafune, ReCore‘s debut on the Xbox One brings just one of the many upcoming titles that are trying to deliver a broader array of games to the console, with others like Scalebound and more trying to widen the scope of what gamers can expect on Xbox.

With the pedigree of talent behind it, ReCore certainly stands out in comparison to the exclusive experiences on Xbox consoles, and while it’s a refreshing change of pace from bloodthirsty shooters and wartorn world, ReCore‘s dedication to a more old-school experience provides both its biggest strengths and most detrimental weaknesses. 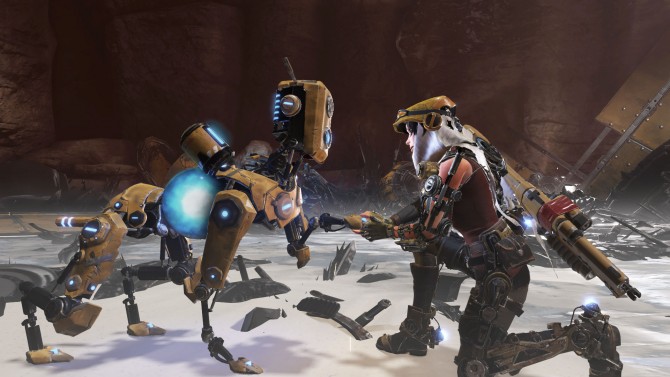 As a third-person platformer/shooter, ReCore follows the journey of Joule Adams, a young woman in a post-apocalyptic world that volunteers to serve for the utopian-esque “Far Eden” colony. After centuries in a cryosleep stasis, Joule’s perception of the world and what life was like before is radically flipped when she is awakened and uncovering a new threat that may put humanity’s last clings of life at stake.

Thankfully she’s not alone in her journey, with Joule accompanied by a revolving band of “corebots” that accompany her throughout the game, each providing their own special abilities or talents to aid her in her travel across the vast desert environments of Far Eden. Along the way, the resources and cores that Joule obtains (the titular “cores” of ReCore) allow her to upgrade her corebots, change their appearance, and tweak their strength, energy, and more. 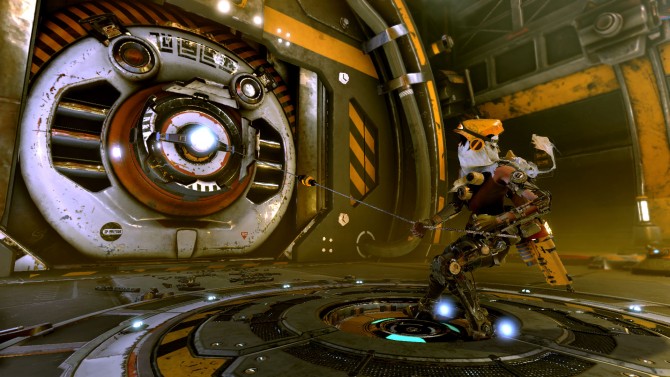 Coming from director Mike Pacini of the Metroid Prime trilogy and Keiji Inafune of Mega Man and more, some of that DNA transitions over into ReCore quite nicely. Though the title plays as an action platformer with plenty of shooting, it doesn’t feel like a shooter in the traditional sense, with an equal emphasis placed on exploration, jumping, and plenty of light puzzle-solving along the way.

Combat in ReCore even has a tinge of what Metroid Prime brought to the table, as players can either free-aim or lock-on with Joule’s rifle to enemies and take them out efficiently, with a combo system in place to boost players’ scores and experience gain by chaining together enemy take-downs.

Early on the game, players also upgrade and alter their rifles with different Affinities — Red, Blue, and Yellow — in addition to the default White state that allows players to activate different-colored switches, damage enemies more effectively with the proper Affinity, and more. (In an interesting side-note, ReCore also offers colorblind assistance with the displays of its Affinities, making for a nice inclusive touch for gamers with visual impairments) 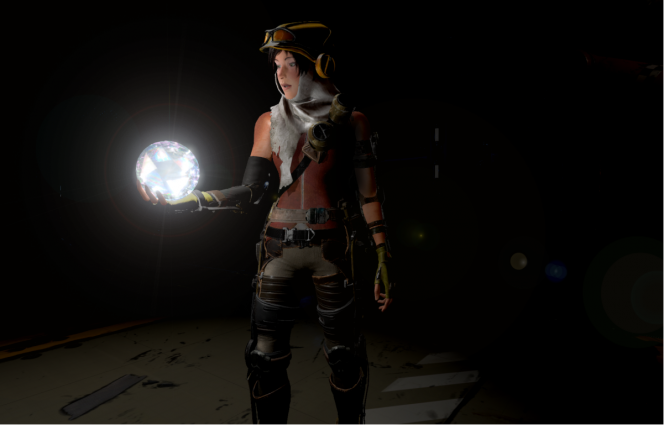 Players also can make use of a hook-like device that Joule equips to remove the cores from enemies throughout the journey. After damaging enemies to a certain point, players can latch onto their cores and pull them away from enemies, making combat less about completely destroying enemies than about whittling down their health to the point that you can extract their cores for use in weapon and item upgrades.

Aside from the combat, Joule also comes equipped with various other abilities to aid her in both fighting enemies and in exploring the environments, such as a double-jump and dash move to cross large gaps or quickly evade enemies. Joule’s arsenal of Corebots also come into play here in a number of ways, from using each of the bots’ abilities for unique purposes or to fight off enemies in combat while exploring Far Eden. Take Mack for example — the lovable dog-like robot seen in the game’s cover art and trailers — that can take out enemies with a powerful dash move, or aid Joule while exploring by searching for hidden objects or treasure buried in the ground. 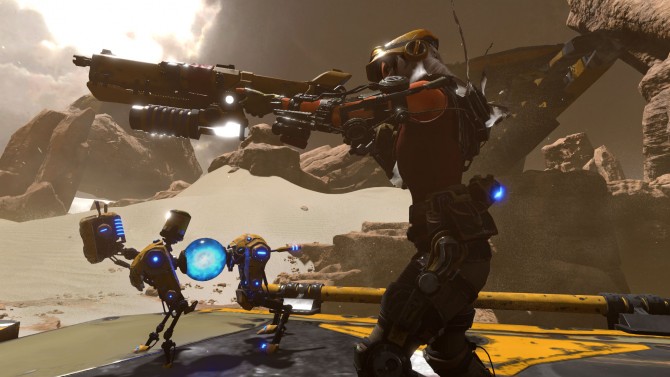 The core ideas (sorry for the pun) behind ReCore, for the most part, are sound and provide plenty of fast-paced, engaging action and puzzle solving. However, at times the experience can feel a bit unfocused, with the title offering plenty to do for players throughout its runtime but being undermined by either underdeveloped ideas or design.

Combat in particular offers a mixed bag throughout the experience. With a little bit of inspiration from titles like Metroid or Mega Man, the use of the Affinities for your gun (almost like a third-person take on Ikaruga) makes for a neat mechanic where players have to switch on-the-fly to take out certain enemies, while also helping exploration by having to shoot specific switches with the proper Affinity. However, combat in the game quickly loses its luster a bit with repetitive encounters and a lack of difficulty down the line, even down to the core-grabbing mechanic that is interesting at first but lacks development and grows repetitive after time. 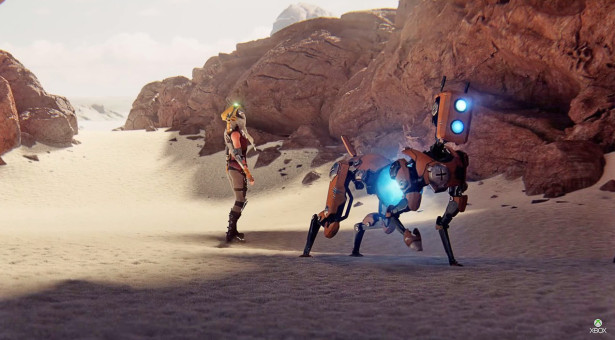 The visuals and aural experience of the game, likewise, also offers its highs and lows throughout the journey. With the initial trailers, players were introduced to a world and characters in a world that’s rundown and worn out but beautiful, with the game largely staying faithful to that initial impression with strong art direction and great character designs. Equally strong is the soundtrack by Chad Seiter, which draws players in with a sense of awe and grandness that fits well with ReCore‘s theme of hope and loyalty.

However, technical flaws and performance hitches work against the great design and visual style of ReCore, with the title suffering from an inconsistent frame rate, and other issues such as noticeably low textures and sometimes stiff animations. Load times in particular can be exhausting, with a long load into the initial game for nearly 1-2 minutes and in between deaths or entering new areas; it wouldn’t come to be a surprise if a good portion of my playtime with the game was dedicated solely to waiting for loads to finish. 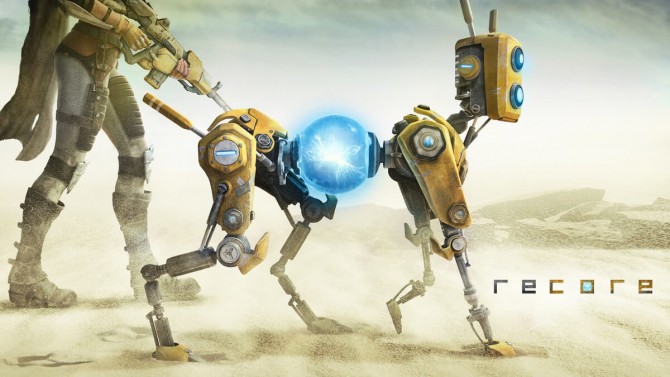 ReCore is a title that, ultimately, rises and falls in crafting an experience that we don’t normally see too often on Xbox (and frankly, in this generation of gaming). Harkening back to platformers like Jak and Daxter with a little bit of the flavor from Metroid titles, ReCore‘s strong aesthetic and style give way to some technical flaws and repetitive design. Much like the design of Joule’s band of Corebots, the exterior of ReCore and its gameplay show signs of age and may not be the most appealing from a first glance, but inside there’s still a core of unique qualities to make it stand out as one of Microsoft’s most interesting (though flawed) exclusives. Dead Star for PS4 and PC Announced by Armature Studio; Trailer Inside

Keiji Inafune Tells us What ReCore is all About