With the Resident Evil series about to see a radical reinvention of the franchise with next year’s Resident Evil VII: Biohazard, players on PS4 and Xbox One have the opportunity to revisit one of the series’ previous turns toward a new style of gameplay with the re-release of Resident Evil 4, which was recently ported over to current generation systems.

Originally released in 2005 on the GameCube with ports to follow for PlayStation 2 and elsewhere in the years since, the fact that Resident Evil 4 was released over a decade ago is already hard enough to believe (as one of my own personal favorite games ever). What’s even more astounding for Resident Evil 4 are the ways that it has managed to hold up after so many years, and (for the most part) holding on to its title as one of the best entries in the Resident Evil series ever. 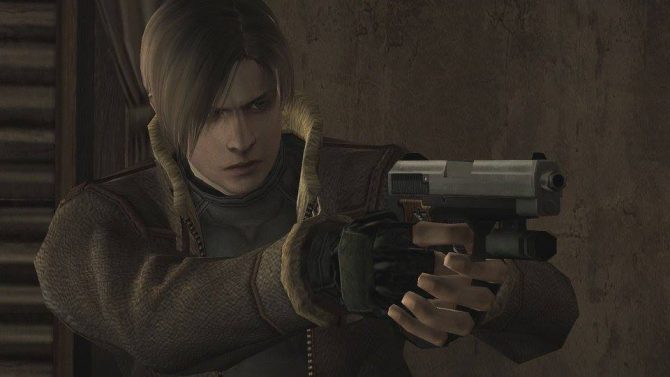 Of course, looking back on a classic title is always a bit tricky, as looking (or playing?) with rose-tinted glasses on can always lead to disappointment at a current release or iteration of a classic. After having played Resident Evil 4 probably in the ballpark of four or five times across GameCube, PS2, Xbox 360, and PC, there isn’t much new that can be offered from the title’s most recent ports, but for those on PS4 and Xbox One there should be plenty enough to warrant a return trip to Resident Evil 4 after all this years.

Following the zombie outbreaks that defined previous entries in the series, Resident Evil 4 follows the mission of Leon S. Kennedy (now a US government special agent) as he ventures into the throws of rural Spain, seeking to find and rescue Ashley Graham, the US President’s daughter and the unfortunate victim of a mysterious cult. From there, players are taken through the roughly 12-15 hour campaign and thrown even deeper into a plot filled with conspiracy, horrifying creatures, and more while fighting to survive all along the way. 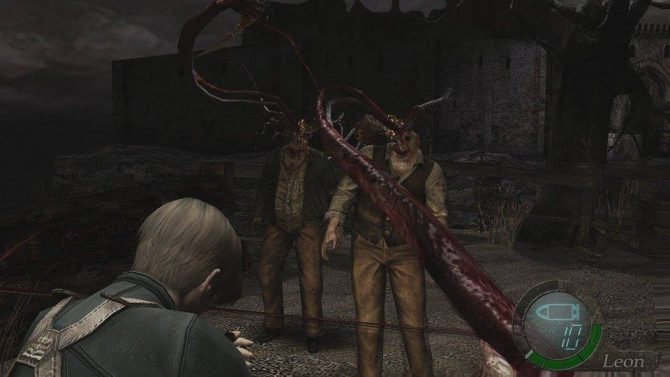 Even in the years and numerous ports since its original release, Resident Evil 4 is still one of the few titles that continues to warrant the high praise and acclaim it received over a decade ago. Aside from its radical reinvention of the Resident Evil series on its own, the title’s (at the time) innovative third-person shooting mechanics would go on to influence dozens of titles to follow, with its iconic over-the-shoulder camera now, more-or-less, the standard for most third-person shooters that we see today.

Aside from the gameplay mechanics and systems that would be the game’s calling card for the series, Resident Evil 4 still (mostly) holds up, and pretty damn well. From the game’s memorable opening sequence in the overrun Spanish village to its numerous boss fights and more, Resident Evil 4 managed to revive the Resident Evil series like never before, and most importantly refine many of the series quirks into something that was new. Though Resident Evil 4 is just as much at fault for moving the series toward its more action-heavy installments in RE5 and RE6, it’s also filled with excellent moments that cement its status as an all-time classic: the base experience on its own is still deserving of the perfect scores it received in its time. 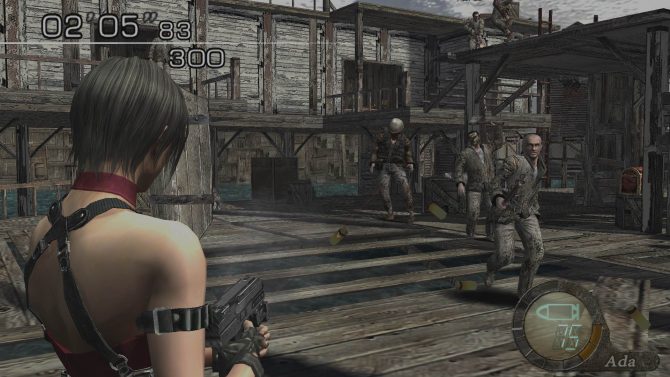 Like all games though, Resident Evil 4 is not without its faults due to age, and though the PS4 and Xbox One versions present some of the best-running versions of the title ever, ten years of technical improvement can’t improve on some of the title’s more dated aspects by today’s standards. Though Resident Evil 4 vastly improved on the control systems of its predecessors, the series’ “tank” controls go unchanged here and may provide a radical departure for those experiencing the game for the first time. However, the PS4/Xbox One versions do provide some updated control options for use of the triggers to aim and fire for more modern concessions.

As the PS4 and Xbox One versions are ports, many of the game’s particular gameplay mechanics (such as escorting Ashley or its quicktime events) still retain some of their quirks after all these years, for better or worse. The numerous quicktime events that can catch players by surprise still can catch players by surprise with their suddenness and lead to some (still) cheap deaths for those that are caught not paying attention to their drastically small time windows. 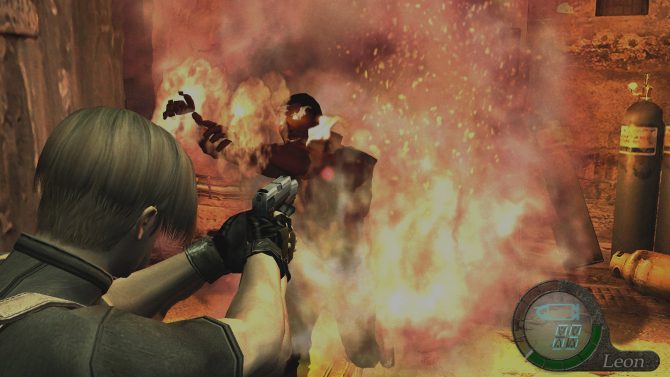 Aside from some of its gameplay quirks, the solid foundations of Resident Evil 4 are present in the current-gen versions of the game and, in particular, helped by its improved visual quality and performance. Running at 1080p/60fps in its latest iteration, the bump from 720p in the previous releases of the title marks a nice improvement in its sharpness and clarity, and should help to provide a suitable experience for those that want to return to the title on modern HD screens.

The bump in resolution though does provide some concessions though to the original experience. As much as Resident Evil 4 was striking and state-of-the-art for its time, some textures and character models show their signs of age in the latest release for PS4 and Xbox One, and in particular some odd animation issues pop up on occasion, most likely caused by the game’s bump up to 60fps (from an experience that was designed more for 30fps). 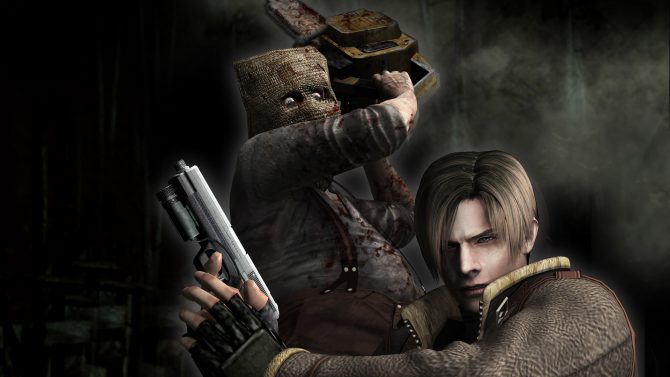 Even in the decade and more since its release, Resident Evil 4 more than suitably holds up as one of the finest games of its generation with plenty of good reason. As a major evolution for the Resident Evil series and one of the founding fathers of the modern third-person shooter, the PS4 and Xbox One versions of Resident Evil 4 provide a great entryway to an outstanding title. Held back mostly by the blemishes of its time, those looking to either jump in and experience the title for the first time or relive the horrors will find much to enjoy (or re-enjoy) with the title’s current-gen release.

Though it may not quite hold up anymore as the prettiest or most innovative title nowadays, Resident Evil 4‘s current-gen ports are still suitable releases for one of the best games in the last decade, and make returning to Resident Evil 4 for the second (or third or fourth or fifth time) just as rewarding as that memorable first experience. Now: whaddaya buyin’? Resident Evil 4 Coming to Wii U on October 29