The Dragon Quest series has a long and storied history as one of the titans in the world of RPGs. With over a couple dozen games released in the franchise, Dragon Quest Monsters: Joker 2 has entered as its latest release, and I can safely say that it adds another notch to the legacy. Outside of the canon Dragon Quest series, Joker 2 is a different approach that I think a lot of the general gaming population will be a bit more familiar with.

The story in Dragon Quest Monsters: Joker 2 is one that has the main character sneak on a ship where he does not belong. You, of course, name this character whatever you like, and from here on I’ll refer to him as ‘my character’ or ‘your character’. As a stowaway, your character is eventually discovered and granted mercy from being thrown off the ship. Instead, he is ordered to be an errand boy for everything and anything that is demanded of you from those on the ship. This is where your typical fetch questing comes in. The mundane task of walking and talking with people is what usually has me being bored out of my mind, but this is just the beginning of the game, which is understandable. 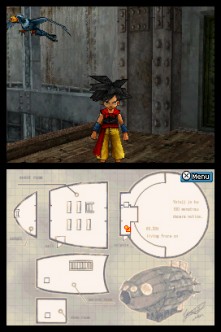 Most of the game is tied together through voiceless text with the characters bobbing their heads around, but there are also some cinematic cutscenes that, unfortunately, are also all reading. One of the last games to release on the Nintendo DS couldn’t even get some voice-acting in there? C’mon.

Soon after getting a feel for the game, the ship crashes and the action begins. I don’t like comparing games with other games specifically, but I just can’t help but size this up to Pokemon. Your character is out of his league in training monsters, but has to learn how to do so on the fly in order to survive. Sounds familiar right? This is where the casual crowd will instantly feel comfortable with, because they’ve heard this before. Oh, and your character has also aspired to be a monster trainer for as long as he can remember. Looks like my character got everything he wished for.

You go ahead and try to claim monsters as your own through a process called ‘scouting’, and, depending on how high your monsters’ levels are, the chances of a successful capture varies. There are a ton of monsters in this game, and you can even fuse monsters to see what you get. There is a great deal of fun and surprises when fusing two monsters, so you’re going to want to do this often just to see what you will get. 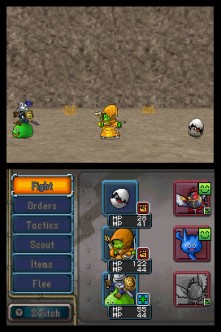 The battling system in Joker 2 is a turn-based system that can be played with up to 3 monsters on each side. You can give each monster a preset order to do what you want it to do most of the time when rushing through battles quickly. An example of how this works is when you set a monster to only use physical attacks to the first enemy monster on the opposing side. On the flip side, if you want to be extremely strategic, you can command each monster to do a physical or magic attack, who it should target, which monster will defend itself for the this turn, etc. This way is much more time consuming, but definitely the preferred choice for those much more intense battles. It’s good to have this option, because you know you’ve played games where even the most insignificant battles take much longer than they should.

Battles usually occur when a monster touches you or you touch it. Every monster is visible on screen before entering a battle, so no worries about battles happening randomly. This is great, not only when you’re just trying to get from point A to B, but also to avoid those battles when you’re low in health and going to run away from the battle anyway. Time saving is a big factor for an impatient guy like me, so, again, saving time from nonsensical things is a big plus for a game in a genre plagued with being riddled with them.

Graphically, I think that something a bit more polished would have been good. 2D games have the benefit of being easily vibrant, sharp in color and having a showcase of variety, and when you’re a 3D game that is limited either by yourself or the system, I think you should go the 2D route. The game looks dated; its areas begin to look exactly the same as the last, and the inability to peer very far into the distance looks more like a low technological issue more than a design choice. Camera angles also suffer a bit and the need for a widescreen is very apparent in certain portions. This may be me just nitpicking a bit much, but I can’t help but express what could have made this game a much more enjoyable experience. 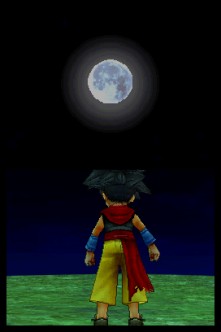 The soundtrack in Joker 2 is a bit generic, but this is highlighted when you are hearing the same music and battle themes over and over again. If you’re playing a game for hours and hours and the music is looping, you better have something worth listening to because something mediocre becomes annoying real fast. On the plus side, the sounds of Joker 2 are solid for the most part.

Multiplayer for a game like this is usually a big part of replayability, and taking battles online is also included in this package. The game also rewards the avid Dragon Quest fans as it links with previous Dragon Quest titles released for Nintendo DS. Those who do this will receive some nifty bonus content for their troubles.

Overall, Dragon Quest Monsters: Joker 2 is a game that has an impressive amount of content, solid gameplay, and a presentation that is passable. After hours of playing, you will finish the story of this game, but so much more gaming is still to be had afterward. There is so much to do and so much to see. Joker 2 has so much going for it, but the reality is that there are just too many games out there that do the same thing. Joker 2 would be great if it was the only game of its kind, but you have options out there of games that do this so much better. There are some high points in Joker 2, but it’s not enough to keep investing hours in this rather than something else. A New Dragon Quest Monsters Game Is Being Developed for Consoles A New Dragon Quest Monsters Is Under Development