Review: Light in the Dark – Embrace Your Inner Colorblindness While Saving Your Babies Review: Light in the Dark – Embrace Your Inner Colorblindness While Saving Your Babies

On the surface, Light appears to a simple puzzle game: use your finger to find the object and get a high score, but once you fire up the game, you soon discover that it’s something more…magical.

The graphics are simple but rather bright, cheery even, and filled with warmth. The second you start the game,  you’re greeted by a bouncy happy soundtrack that sadly gets annoying at times but like all games, you can discover the power of the volume button; something I had to do after the first level (happy music be damned).

Revolving around light, shadows and the glory of the color spectrum, the game is centered around two adorable looking totems who for some strange and unexplained reason have lost their babies. Maybe they were taken by Child Protection Services or the parents forgot them one drunken night; whatever the reason, it is up to you to find them in the dark corridors of abandoned rooms (great parenting).

Dark yet shockingly upbeat the sleeping and possibly drugged children are sensitive to light (photophobia, maybe?) and can only be found when light is shoved in their faces all willy-nilly and must stay on them for a certain period of time.

While the thought of just shoving a light in the face of your baby seems simple, each hearty glow is complicated by the many obstacles in the way of getting to the child. There are walls, movable boxes, mirrors, enemies and gold stars whose sole purpose is to rain on your lighted parade. 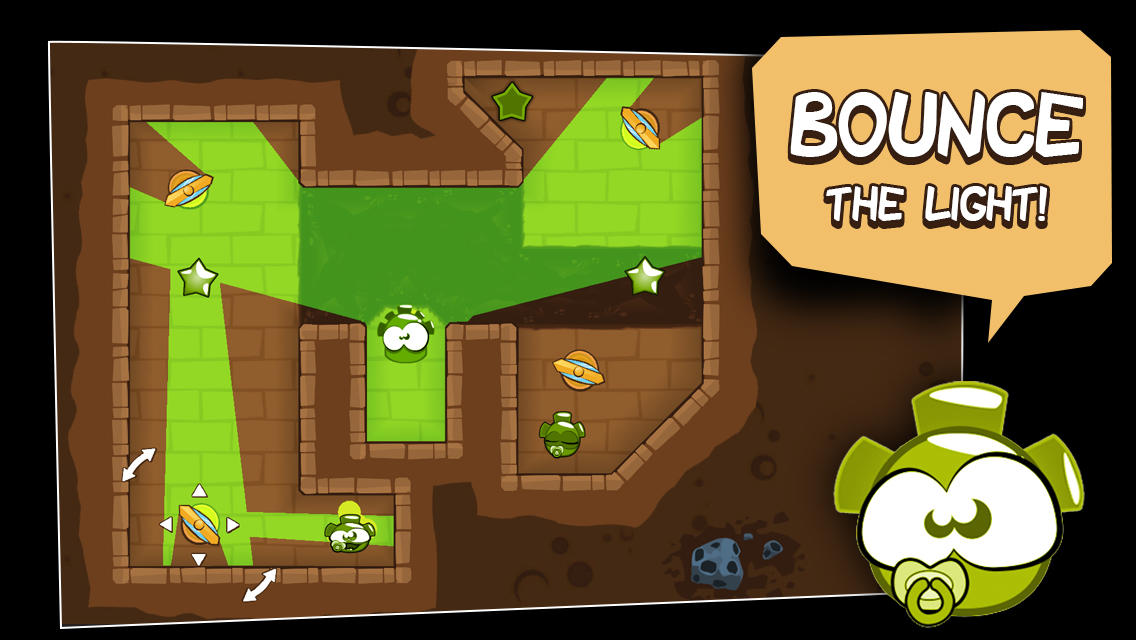 In order to obtain a three-star score, bending and mixing light to reach each child requires a fine skill that only theater light operates know offhand. Each level requires practice and patience. Every light placement, position of the crates, and turning of the mirrors cannot be rushed but instead requires an acquired skill (much like Dark Souls minus the questioning on why you’re crying).

Even though this game isn’t as time consuming as a console game, it still retains that addictive quality — like sneaking back for another cookie. And just in case a level becoming too daunting there’s a lovely hint system that helps. Of course like every mobile game, hints requires you to open that real-world wallet after you’ve used up your three free hints but if you watch an advertisement, you can bypass the money ordeal (take that Candy Crush Saga). 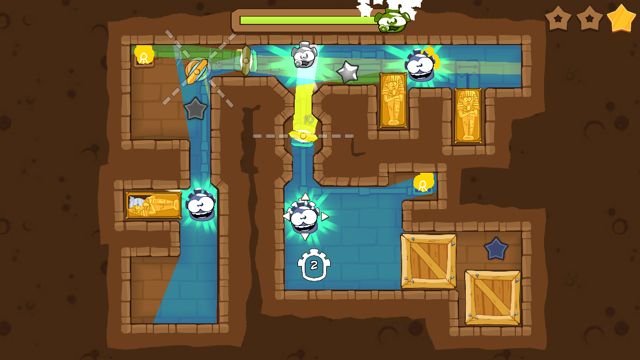 Personally, my favorite level was the Egyptian level where you’re mobility is not only limited but boxes and tombs are in your way. As I navigated and moved each tomb and shifted each mirror I had to shine my light on not only the babies but the stars peppered throughout, which only added to the challenge and frustration.

Light in the Dark is a downright charming, delightful frustrating game that had me scratching my head and swaying to the music. Despite being colorblind, I was able to save the day like a professional baby saver. There wasn’t a dull moment in sight and for $1.99 it’s more than worth the price. Check out a few of the best Genshin Impact cosplays on the internet.