Telltale takes us back to Scoggins, Minnesota in their sequel to last year’s puzzle/adventure game, Puzzle Agent. The sequel doesn’t do anything especially new, but does that detract much from it? Not really. If you enjoyed the first game, Puzzle Agent 2 is a great follow-up, and it’s a brilliant, charming game on it’s own.

Read on to see why Puzzle Agent 2 is one of the best adventure games of this year. 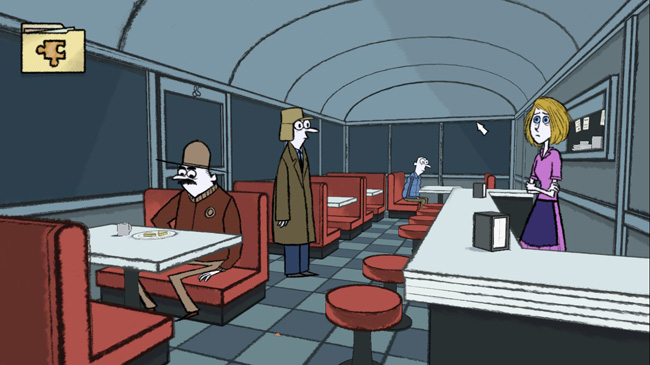 Puzzle Agent 2 opens with the protagonist, FBI Puzzle Agent Nelson Tethers, recollecting on this previous experiences in Scoggins, trying to piece together the mystery of Isaac’s kidnapping by The Hidden People, a group of mysterious forest gnomes. He decides to take a vacation from the FBI and return to Scoggins to solve the biggest puzzle of his career.

The plot’s surprisingly good, with more than a few clever twists and reveals. There are a few plot holes here and there, but it’s satisfying and well-done overall. A few of the characters lack personality, but most of them are memorable, and each has at least a few moments that make them somewhat likable. It helps that most of them are somewhat nuts and have crazy-looking blank stares. You’d think that’d be off-putting, but there’s a lot of charm in it. 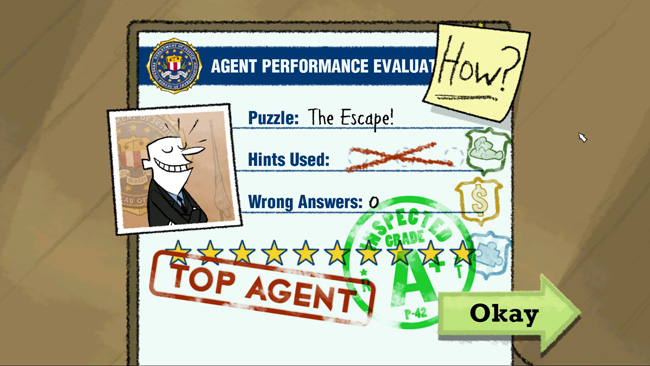 Graham Annable’s art is striking and unique; it adds a lot to the game’s style. From the aforementioned blank stares to the lovely backgrounds, they give so much charm to the insane world that Puzzle Agent 2 depicts. The art looks somewhat rough when zoomed in on (which happens regularly), but it still looks quite nice. I’ve never read any of his previous works (like his webcomics), but I’m definitely down to see what else he’s done now.

The gameplay of Puzzle Agent 2 uses a simple formula: extremely linear, basic adventure gameplay focused on dialogue and Professor Layton-esque puzzles. No inventory, no exploration, the game just tells you where to go, you go there, and then you talk to someone and/or do a few puzzles. The dialogue’s great, full of subtle humor and cleverness. Some of the voice acting isn’t very good, but most of the main characters, like Nelson and Glori, are at least decently voiced. I was laughing out loud at at least a few dialogue trees. 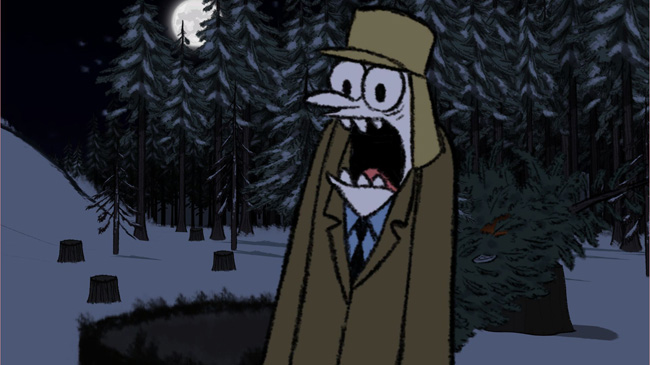 The puzzles are good, but I have some complaints about them. They’re mostly too easy; I got A+’s on most of the puzzles my first time playing them. It doesn’t help that the game’s equivalent of “hint coins” are practically infinite in supply. The puzzles also lack variety, due in part to the over-abundance of sliding block puzzles. It’s definitely not nearly on the level of games like Professor Layton, but then again, it’s a much shorter, more compact experience, so one can overlook issues like that. The game does still have its share of unique and clever puzzles, but most fall prey to those issues.

The game’s about as short as most of Telltale’s episodic games. I didn’t keep exact track of how long I played, but it couldn’t have been more than three hours, but it’s only $10 and more than worth that price for how enjoyable it is. 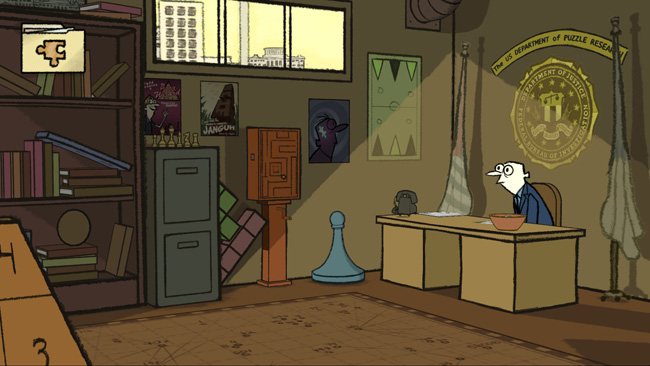 I really, really enjoyed my short time with Puzzle Agent 2. Sure, most of the puzzles are a bit too easy, and a few of them are repetitive, but there are few games that emit charm the same way Puzzle Agent 2 does. From the beautifully insane characters to the lovely art to the clever plot and writing, it’s an amazing Coen Brothers film wrapped up in a picture book.

It’s easily one of Telltale’s best games to date. Write a Comic for Puzzle Agent 2, Get Early Access XIII Review — Not Every Game Needs a Remake Dirt 5 Review — Refreshing the Series in a Good Way

Grounded Review (Early Access) — The Backyard Has Never Been So Scary