I remember when the most important thing about sound while playing videogames was having the volume low enough so that my parents wouldn’t get angry. Now videogaming has become sophisticated to the point where if you don’t have the proper audio set-up, then you aren’t getting the full enjoyment out of a game. On top of that, if you’re serious about being the best at a videogame, having the proper audio equipment is a necessity. This is where headsets like the Razer Chimaera 5.1 come in. Surround sound systems are nice, but if you want to hear every little bit without having the noises of the world get in the way (crying babies, barking dogs, annoying mailmen, etc.), headsets are the way to go. So, how does the Chimaera 5.1 deliver, and does it meet every need of gamers willing to drop the price of $199.99? Read on to find out.

The Razer Chimaera 5.1 wireless gaming headset is designed for the serious gamers who want to be able to hear the quiet footsteps of the opposing team, or for the casual gamers who want to be able to take in the epic sounds of a climatic cutscene. The 5.1 Dolby surround sound packed into the Chimaera 5.1 should satisfy these gamers, and anyone else who just want a high quality sound while gaming. While playing first-person shooters, through sound alone, I was able to locate the position of my enemies above, behind and across from myself. I think the best moment I had with the headset was when an aircraft flew overhead and I legitimately got scared because of how loud it was because I truly believed something had flown above me. So if you want an effective surround sound experience, the Chimaera 5.1 has you covered. 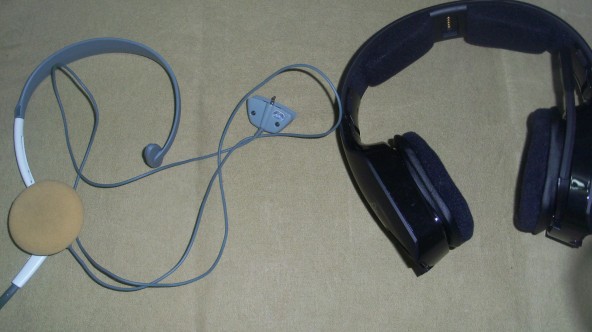 The headset itself is, what I believe to be, the most important part of the entire package. On the headset, you have buttons that can adjust the volume, the mode settings, and mute yourself. An adjustable mic can also mute or unmute as you move it up or down. This was all very user-friendly and I don’t see it being too overbearing to even the most technologically illiterate. To talk through the mic, the headset has a 2.5mm output that can connect to whatever input. This means that if you want to talk, the headset isn’t entirely wireless, because you’ll be tethered to something, such as your Xbox remote. The mic is also a bit too sensitive as it will pick up every little noise in the room, so you will have to keep the noise down while having your gaming sessions. 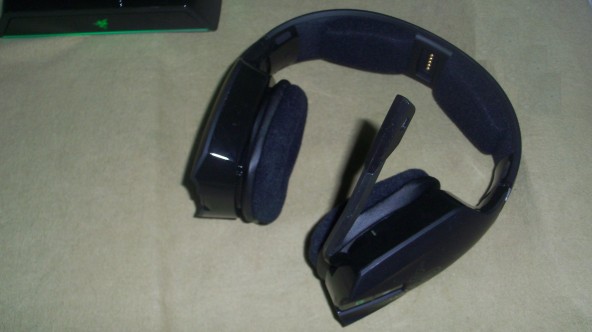 The 2.5mm output can also serve as an input to an iPod or any other device with an audio output. While using the headset as my MP3 player, I found the sound quality to not be as good as when I had it connected to my Xbox. At times, the audio also sounded as if it was from the right-side only and not the stereo sound it should have been. Songs that had right and left ear effects just weren’t happening. This wasn’t exactly proper use of the headset and what it was meant for, but it would have been nice to have awesome headphones as well.

The design of the headset is stylish and a nice on the eyes. However, the material used is a smudge magnet. It’s not as bad as something glossed over, but something a little more fingerprint resistant, such as matte, would have been preferred over the finish used for the Chimaera 5.1 headset. Also, the headset may be a bit too clunky for some. Too long with the headset on leaves you a bit uncomfortable. After an hour or two sitting of playing a videogame, if the heftiness of the headset doesn’t get your ears all red, unless you’re in a highly air-conditioned room, the discomforting heat of the earmuff-like ear cups will. I see this as being a tradeoff for having complete sound isolation, so it’s all about picking your poison. 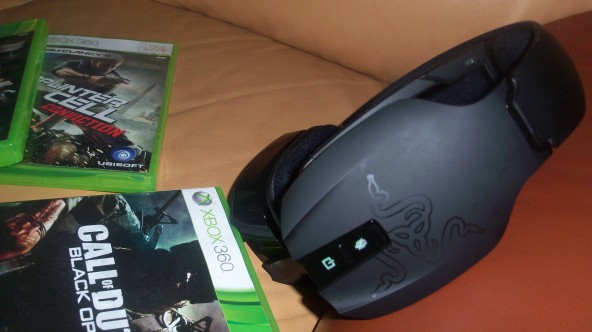 Overall, the Razer Chimaera 5.1 is great if you want good sound quality while playing videogames or to watch movies on something like Netflix. The design may not be for everyone, but that’s all about your tastes and what you prefer. Although the price may be above average, the quality of the headset is above average and should be worth it to anyone willing to shell out the extra cash. Aside from all of that, the ease of use, the accessibility and virtually flawless performance make the Razer Chimaera 5.1 a safe choice for any gamer. DualShockers Guide to Surround Sound Gaming for Every Budget Check Out Our Impressions of the Sennheiser GSP 370 Headset