Helplessness. It’s a feeling that’s hard to capture in any medium, let alone a video game, Resistance 3 manages to pull it off without a hitch. If you ever wanted to know how to survive an alien invasion apocalypse, this title would be the best place to start. Insomniac Games, the team behind the franchise, was among the reasons why early adopters like myself shelled out big cash when the PS3 first launched; just to get our hands on the first title in the Resistance franchise.

Now here we are five years later, and I’ve just played what will probably be their last entry into the series. Resistance 3 is easily one of the best shooters I’ve played in a very long time, but where does it stack up among the greats? Better than you think. Read on for my thoughts.

With looking back to the first two games of the franchise it seems as though Insomniac was just setting the stage for this final opus. It was always about taking the fight to the invading alien forces, the Chimera. And for the better part of the first two titles, it looked as though humanity would almost have enough fight left in them to pull it off. The key word there is almost. 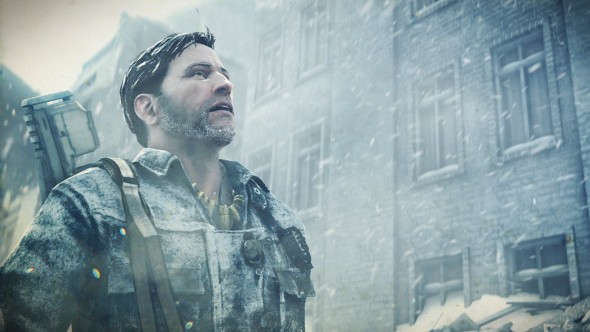 The title opens up in the quaint mid-western town of Haven, Oklahoma where you play as Joseph Capelli, a soldier and family man, who, along with other locals, is doing his part to keep the town and its inhabitants out of harms way. The Chimera, have swept their way across not just every metropolitan area but are now knocking on the doors of middle America. Among those taking refuge in Haven, is Dr. Malikov, a name that’s been a part of the series since its inception and he’s also the man that thinks he knows how to stop the Chimera once and for all.

It’s during a Chimeran attack against the town that Joseph, as well as everyone else, realizes that it will only be a matter of time before life in that area will cease to exist unless something is done. And it’s at that moment where Dr. Malikov shares his plans with Capelli and requests to be escorted to New York City to pull off the impossible. Joseph initially declines, but then after the realization that his young son may never experience the world or have a fair chance at life, he decides to join Malikov and the two head for the big apple almost 1,500 miles away.

The series has always been about going against all odds, and the third entry would be no different, except the feeling is just a little different here. At this point in the story humanity is truly with their back against the wall. And that is made evident early on in the title where in certain areas it’s not even about resisting as it is about surviving. There are segments throughout the gameplay where your job is simply to get from point A to point B without dying, and when you get to these points it really feels like theirs something much more significant going on than your character. 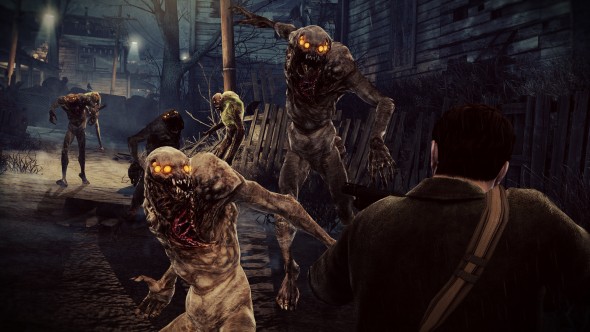 Speakling of character and more importantly development, the way the story is laid out around Capelli is without a doubt a series best. Insomniac has taken the grand scale of war and brought it down to an individual level. It’s not that I wasn’t a fan of Nathan Hale (the original series protagonist), it’s that Capelli and company actually make you want to care about them and see this thing through.

The gameplay is furious but balanced. There are those moments in firefights where you will find yourself ducking behind cover and just thinking yourself “sh*t, sh*t, sh*t where are they coming from?” And this is because the series takes the same nasty A.I. that it’s already known for and cranks it up a few notches. At no point do you think you’re safe, and it’s because of that chaos that you will learn how to use everything in your arsenal…or you’ll just fail miserably.

The game’s pacing is something else that has taken a huge step in the right direction. Whether it’s the addition of wider areas that provide for a better chance at trying out different strategies, or even stealth in some instances. It also manages to seamlessly transition from land, to sea, to air, an even a runaway train. It helps keep the player honest, invested, and most importantly at the edge of their seat throughout the entire campaign. 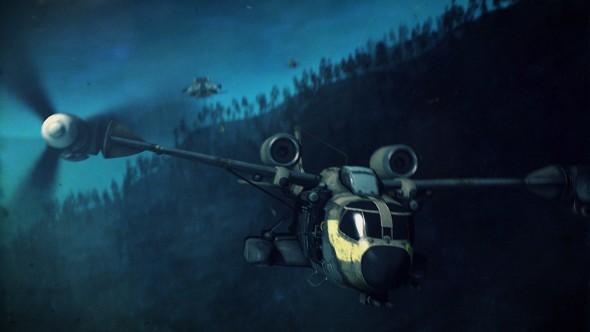 The game’s visuals have come a long way since 2006’s Resistance: Fall of Man. And while the typical and depressing first person shooter color palette that the series is known for remains unchanged for the most part, it does look much prettier here. The in-engine cut scenes are presented as good as anything else you see this generation and the voice acting definitely matches the quality on screen. While I did see some pop-in textures, and a slight loss in fidelity in 3D, the overall package is so good that I found both of these issues to be excusable.

If you’re one of those gamers our there lucky enough to game with a 5.1 setup this is one title that you can use as reference material. The game is chocked full of weapons and they all sound great. The sound field has great depth and accuracy, and in the second act when the game gets all horror survival on you, the sound of Grim Chimera sneaking up on you will haunt your dreams for weeks.

As usual in the series, the game’s mulitplayer will add tons of replay value. In Resistance 2 insomniac pushed the boundaries with 60 player matches, but with R3 things are back to a much more sustainable level with the more traditional 8 vs 8 making it’s return. And it’s certainly a welcome one. 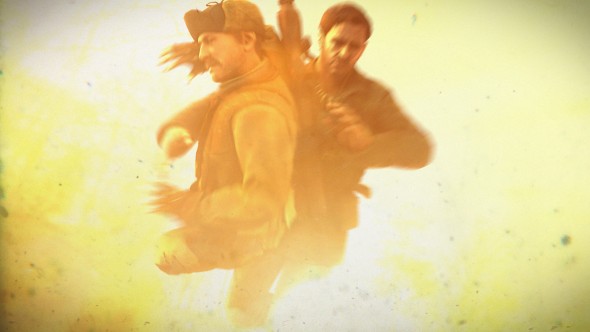 All of the usual competitive multiplayer staples are here with a few added surprises. There’s a new perk like system known as ‘abilities’, but for some reason it kind of takes away from what made the Resistance online experience fun and different. Just like many other shooters these days, R3 also tries to find their very own “Call of Duty” magic online, but just falls a little short. But this is by no means a deal breaker as the single player campaign is so memorable you may enjoy playing that via co-op with a friend as much as you take it online for some competition.

Only the great shooters, in my opinion, can mesh a worthwhile story with gameplay, Resistance 3 is without a doubt one of the greats. This may sound blasphemous to the hardcore FPS fan, but I’ll go as far as calling this one the Half Life 2 of the PS3 generation. Yes, I totally went there.

Insomniac Games has already gone above and beyond what anyone thought they could do with an FPS. With Resistance 3 they’ve taken the genre, and most importantly the storytelling in it to new heights. This generation is full of war games, but who would have thought that the very best war game would be one featuring aliens from across the galaxy and humanity’s struggle to send them back to where they came from? Who would have thought that the best war game doesn’t have “Warfare” or “Battle” in it’s title? If you own a PS3, or are planning to get one, this one should be at the very top of your must play list. Insomniac Will Talk Sunset Overdrive’s Open World, Compare With Work on Resistance 3 and More at GDC Sony to Shut Down Online Servers for Gran Turismo 5, Resistance Series, and Other Titles in 2014