I’m sure I speak for the most of us when I say that by now we’re all pretty sick of the puzzle-RPG hybrid genre. When most of the puzzle-RPGs out there are just watered down Puzzle Quest clones, you’re bound to be fed up with the monotony.

There’s been recent efforts to revitalize the genre; games like Might and Magic: Clash of Heroes put a nifty spin on the formula, adding chess-like strategy elements and creating a refreshingly fun and addictive entry into the mix. The newest contender is Runespell: Overture, an indie production that’s completely unlike any other puzzle-RPG before it, incorporating poker elements into its battle system. Is it a worthy entry, or does it fall flat on its face? 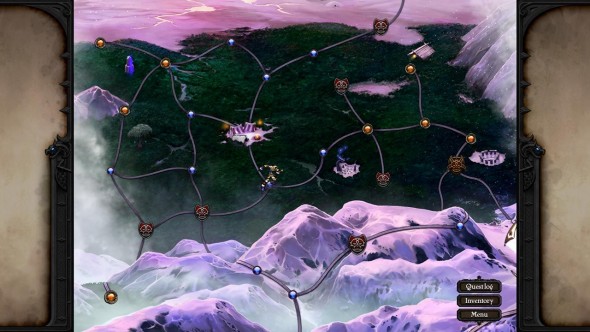 With Runespell: Overture, developer Mystic Box has created a puzzle-RPG that truly outshines and outclasses the rest of the pretenders in the genre; it’s not only fun, but truly strategic in its gameplay system. Just like Puzzle Quest before it, the puzzle system rears its head in the numerous battles you’ll come across through the land. However, unlike the inaugural puzzle-RPG, the battle system itself is completely unique and arguably more engaging than the tired match-three puzzle formula.

When in battle, the screen will switch to two set-ups of cards, each resembling the format for Solitaire. To attack, you’ll have to move these cards around to create poker hands, each of which have varying attack powers. It’s a bit hard to explain, but it’s satisfyingly brainy, and although the mechanics are simple, it can be an incredible battle of wits. 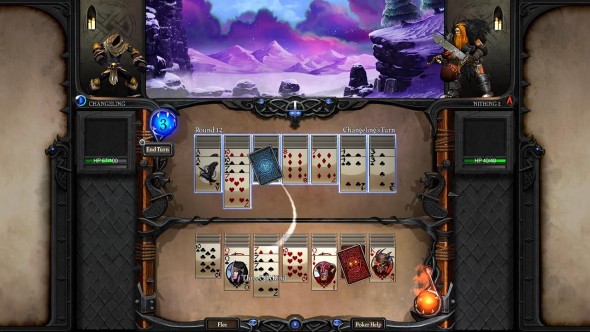 Along with your normal attacks, you can gain power-ups and buffs from adding more members to your party. This is perhaps my only gripe with this system; the power-ups are welcome, but most of them don’t do enough to warrant yourself using any of them often. I’d much rather use my limited moves to line up a four-of-a-kind than spend one of them on a mere minor buff, but that may be just how I play the game.

It’s not just the gameplay that’s impressive; the production values of Runespell are quite the sight as well. It’s apparent that Mystic Box really put their heart and soul into this one, as the art looks gorgeous, the music is appropriately epic, and the dialogue is actually, well, interesting. Set in medieval Europe, the plot isn’t exactly the highlight of the game, but it’s quite unique, as it blends real-world history with Norse mythology to create a universe that’s fleshed out and fully realized. I usually skip the dialogue in these games as fast as possible, but with Runespell I actually found myself engaged in the goings-on of the Changeling, the main character. 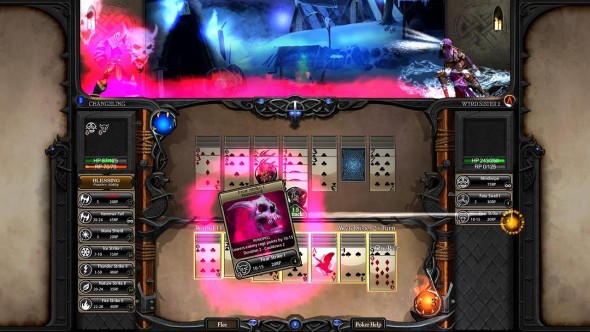 Through it all, Runespell: Overture is just a solid game through and through. With creative, all-too addictive gameplay mechanics and a narrative that’s not derivative or bland, it injects some much-needed life into the dwindling puzzle-RPG genre. If you’ve been looking to get lost in another one of these, but don’t want to be burned by the same boring match-three puzzles over and over again, this is an absolute must-buy. With all the content and depth it offers, the fact that it’s only $9.99 absolutely makes this one of the steals of the year. Cop it, if only to give Mystic Box the sales and recognition they so rightly deserve. Runespell Overture Comes to iOS and Steam, Special Promotion to be Offer