Review: The Walking Dead: Michonne: Episode 2 – Something to Fear Review: The Walking Dead: Michonne: Episode 2 – Something to Fear

The katana-wielding Michonne has always been a fan favorite in the universe of The Walking Dead, not only for her brutal sword skills and cool appearance, but also for her steely demeanor. That mysterious nature has long made her a character that has both kept her alive and made her one of the franchise’s most iconic personalities.

On that basis, the concept of Telltale Games’ spinoff title, The Walking Dead: Michonne, went even further into her origins by centering its three-episode miniseries on an original story, while at the same time delving deeper into her character, motivations, and her intense drive for survival. 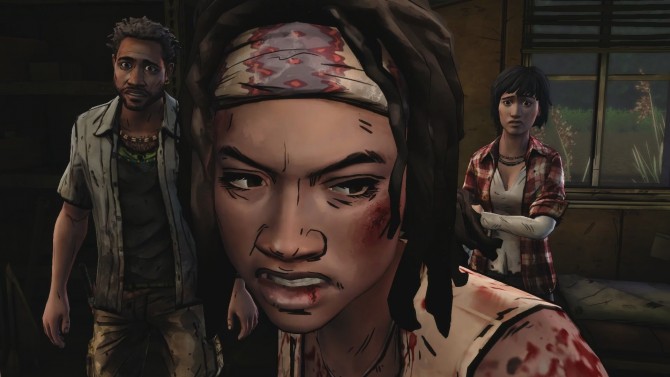 Picking up from the debut episode in February, The Walking Dead: Michonne continues in the miniseries’ second episode, “Give No Shelter,” with Michonne and her companions escaping the clutches of the bayou-like community of Monroe, with more dangers abreast no matter where they may roam.

Where the first episode kicked off with a story somewhat rooted in the timeline of The Walking Dead comics series, “Give No Shelter” establishes itself a bit more as its own entity in Telltale’s universe, presenting players with equal doses of character development, action, and intense decisions that (moreso than usual) really press the player to make some difficult choices. 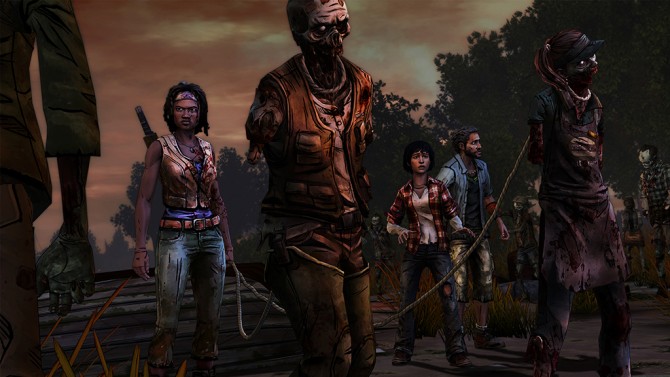 With her strong, silent approach and penchant for taking out enemies with ruthless efficiency in the comics, TV series, and beyond, Michonne has already proved herself as a worthy protagonist to focus on with the first episode of The Walking Dead: Michonne. The strength of the heroine is especially brought to light given Telltale’s development of her character and the strong vocal performance by Samira Wiley (Orange is the New Black).

Thankfully, “Give No Shelter” does mark an improvement in many areas compared to the mini-series’ first episode (while at the detriment of others), though more importantly it continues to delve into some intriguing character development for Michonne. While the episode includes some great callbacks to her actions in the past on The Walking Dead – such as her trademark walker evasion technique and a scene that will recall one of her most famous moments for comic readers – “Give No Shelter” also explores plenty of new territory, with particular attention to developing Michonne as a character and bringing with it some of my favorite scenes throughout the miniseries so far. 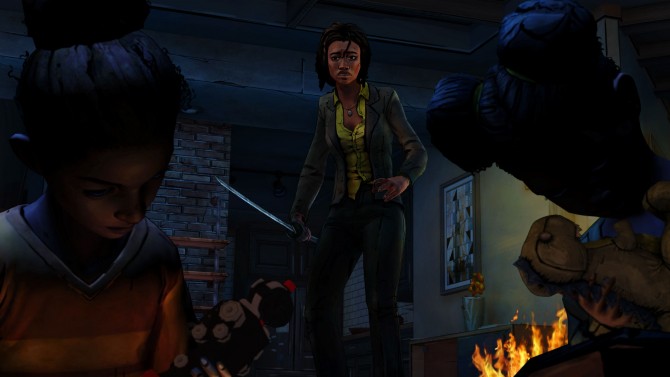 Haunted by the loss of her children and family, The Walking Dead: Michonne balances Michonne in striking ways between the badass katana expert we’ve come to know throughout The Walking Dead proper and her vulnerabilities and fears. As mentioned above, we haven’t gotten to see too much of the latter in the broader universe of The Walking Dead, making it a compelling entry for those looking for an action-packed story that continues to explore one of the franchises’ best characters.

While Michonne’s character development (and performance) continues to be the highlight of Telltale’s spinoff series, the rest of the cast in The Walking Dead: Michonne are a mixed bag given their comparative lack of personality. Few of the other companions in the story stand up to the attention (or quality) of Michonne’s characterization, and while several offer some moments of interest and development, they never feel quite up to the level of detail and attention given to the lead. In fact, many of the more impactful moments for other characters ended up feeling like slight retreads of figures (or even story arcs) that are vaguely reminiscent of those from other stories in The Walking Dead. 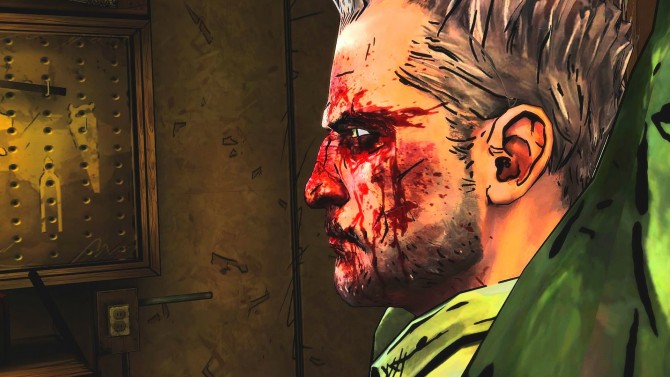 That being said, Episode 2 does make up for some inconsistent character development with plenty of tense, impactful scenes that definitely made me agonize over some tough decisions and go through even difficult situations (for instance, a medical scene that rivals a particularly gruesome scene from The Walking Dead: Season Two).

In particular, “Give No Shelter” caps it off with a particularly onerous ending that really made me think before carrying out my actions – creating one of the stronger conflicts to come from Telltale’s recent episodes across any series and a decision that I can’t wait to see play out in the miniseries’ final act.

Coming in at a final playtime of about 75 – 90 minutes during my playthrough, The Walking Dead: Michonne‘s middle chapter is certainly a bit brief compared to some of Telltale’s lengthier episodes. With that said, Episode 2 uses its shorter runtime to (mostly) effectively bolster the game by highlighting strong action and moral decisions. 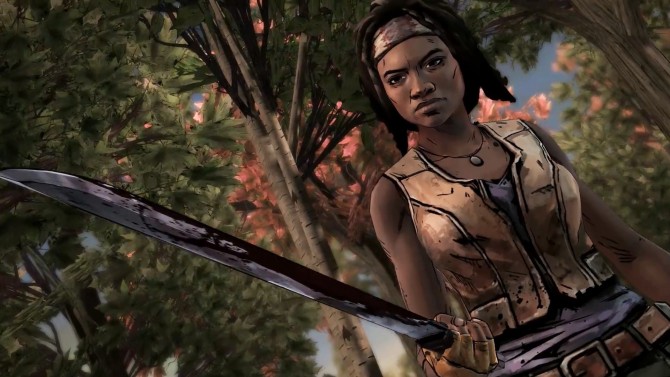 With the final episode of the miniseries coming by the end of April, it’s worth considering whether Michonne may have needed an extra episode (or at least lengthier installments for its current three episodes) to more fully flesh out its relatively weak supporting cast. In many respects, Michonne‘s story feels like it’s ending before it ever had much of a chance to get started, beyond the intriguing (and harrowing) flashbacks and memories involving the heroine ourselves.

As a sidestory in the matter of all things The Walking Dead, “Something to Fear” brings some needed improvements to the series’ pace while also adding some truly action-packed decisions needing to be made, bolstered by the continually strong presence of Michonne as the miniseries’ main character. However, The Walking Dead: Michonne continues to suffer in other ways with a supporting cast that doesn’t quite measure up to the same level or quality as Michonne, and a story that cuts deep with tension, but still feels like it could use a little bit more heft in its impact. Telltale Games has released a new trailer and some new screenshots for The Walking Dead Collection that showcase the improved graphics of the older titles.