Review: The Wolf Among Us: Episode 5 – Happily Ever After Review: The Wolf Among Us: Episode 5 – Happily Ever After

For the past four episodes, Telltale Games’ brutal yet affecting comic adaptation The Wolf Among Us spun a tale riddled in the seedy world of murder and fairy tales. Taking a season-long murder mystery and spinning it into a tale of redemption, consequence, and most of all focusing on the implications of our choices in many dire situations, the tale of Bigby, Snow White, and company throughout the first season of The Wolf Among Us has been tense, mysterious, and thankfully, has had its narrative paid off in a satisfying fashion with its final episode, “Cry Wolf.”

Like the many Telltale series before it such as The Walking Dead (and those still to come, thanks to Tales from the Borderlands and Game of Thrones), the murders at the center of The Wolf Among Us have given the drive for the season-long story, but also allowed the game to branch off into a variety of subplots and side-stories with the numerous characters at hand, and in a world as invigorating and mysterious as Fabletown has been.

Though ensuring a story like that of The Wolf Among Us is both paid off in a long-term sense and in a satisfying way to fans that have been following Bigby and Snow since the explosive first episode, fans of the season don’t have to worry. “Cry Wolf” is equal parts action-packed, emotionally fulfilling, and one of the best episodes that Telltale Games has crafted for any of their game series, with only a few small bumps hindering an otherwise stellar installment.

Taking place right where Episode 4 left off in the midst of The Crooked Man and his henchmen at the episode’s conclusion, “Cry Wolf” starts off unrelentingly and doesn’t let up for the duration of its 1.5 – 2 hours, with a keen mix of action and emotion driving the story toward its end. With Bigby now in the midst of uncovering the truth between the series of murders that have driven the entire story, “Cry Wolf” succeeds in letting players connect the dots and letting the pieces fall into place.

Setting off the beginning of the episode is Bigby fighting against a selection of The Crooked Man’s henchman. Due to these confrontations, this episode easily contains the most action of any episode in the series, with plenty of standout action sequences that rank among the best of TWAU; rivaling many of those found during The Walking Dead in a pure action sense – especially when Bigby gets to bare his fangs in true “big bad wolf” fashion, which happens thankfully on more than one occasion. 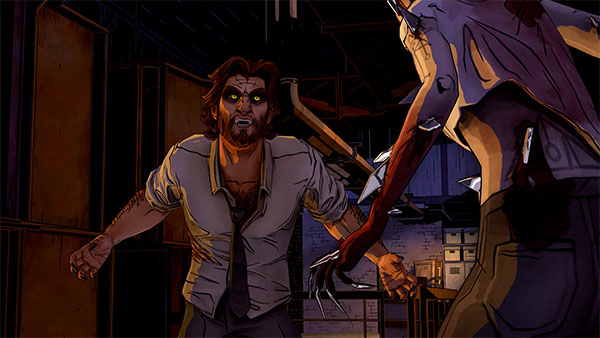 While this chapter is definitely heavy on the action, Telltale’s knack for crafting emotional setpieces held up with equally emotional backbone shines, and shows that the episode is not just all bark and no bite. In particular, it excels at being a culmination of everything that the entire season has been building towards: a stylish, moody noir piece, a tense murder mystery, and a modern retelling of classic fairy tale stories and characters.

Nearly every character gets their due and moment to shine, from wrapping up Bigby’s main murder mystery, to Beauty and Beast’s trouble marriage, and even down to the side characters making quick appearances for their own smaller stories, such as Colin or Mr. Toad and TJ.

For the large part, the story is immensely satisfying for fans that have been following The Wolf Among Us since its first episode with its intense action and satisfying resolutions, but the concluding episode isn’t entirely without its faults. Though some of the typical technical errors of previous Telltale titles persist on occasion, such as stuttering between decisions loading, it’s largely one of the smoothest and most consistent episodes released by Telltale so far. 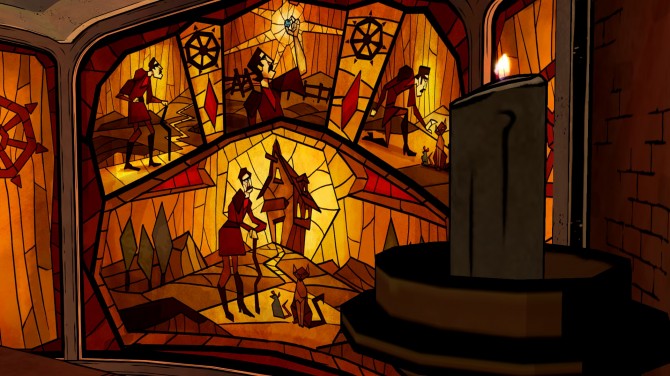 Aside from the few nagging technical issues, more prominently “Cry Wolf” does feature a few loose threads that come off slightly disappointingly in the long run, most notably with some of the series’ more prominent characters or stories. In particular, Snow White’s significant presence in the beginning of the season feels slightly underwhelming in the conclusion of the final episode, with her appearance relegated to just two scenes in the last hour. Though the story’s end overall is satisfying and wraps up most of the plot, it still left a bit of a bad taste to leave such a prominent character in an underutilized capacity.

The series has definitely been in a tough position as the title that needed to come after the overwhelming success of The Walking Dead. Like the series overall, Episode 5 concludes a season-long arc of murder, intrigue, mystery, and violence in its neon-lit stylistic fashion, with Bigby’s tale left at a definitive, but satisfying capper. Filled to the brim with action and plenty of clues for those that have been paying attention, the final minutes of the episode ends with a fantastic final scene that would most certainly reward a second playthrough of the entire season, especially for those with a close eye. 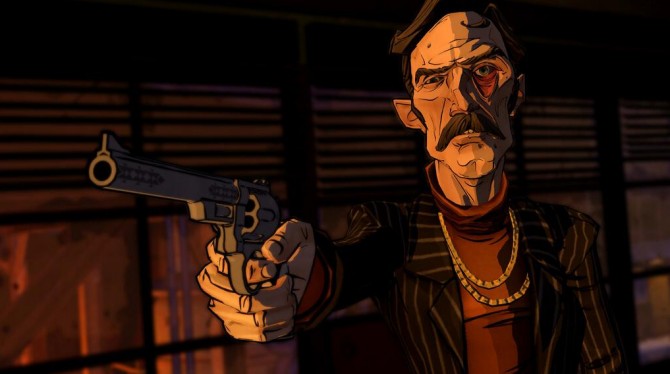 Though it’s still too early to tell just yet on the prospects of what we can expect for Season Two of The Wolf Among Us, the concluding episode of the first season brings out the absolute best that the series has had to offer across five episodes, and thankfully shows that the case for The Wolf Among Us hasn’t been closed just yet.

Stay tuned for our full review for Season 1 of The Wolf Among Us coming soon. The Wolf Among Us Episode 5: Cry Wolf Gets New Screenshots Does Batman Need The Telltale Treatment? Episode Two of The Wolf Among Us Coming in February

Two New Screens Give Us A Taste of The Wolf Among Us: Episode 2

Check Out Four More Screenshots of The Wolf Among Us