Thanks to Twitter user CriptAssassini, a GameStop poster for the upcoming game was posted online, revealing a peek on the new protagonist’s face and on a pre-order only mission entitled “Chemical Revolution.”

The second character featured in the artwork seems to be Antoine Lavoisier, who is called the “Father of Modern Chemistry” and played a central role in the 18th century chemical revolution.

With E3 just around the corner, it’s pretty much guaranteed the game will make its presence known, and when it does we’ll have all the details. 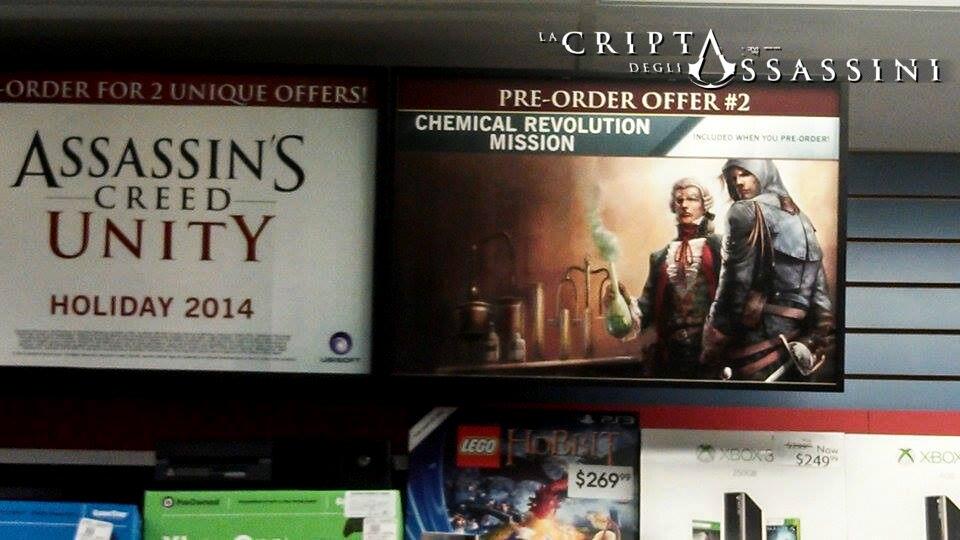