On Friday I made my way down to the Nintendo Gaming Lounge that was set up in the hotel right next to the San Diego Comic-Con, and I checked out a few games while killing time for another engagement. Most of the games that were there were titles that had already been covered at E3, but one exception to that was Rhythm Heaven Wii, the new collection of minigames coming to the Wii this fall.

As a huge fan of Rhythm Heaven on the DS, I’ve been hyped for this one since it was announced, and now I’m confident it’s going to be just as great on Nintendo’s home console.

The demo of Rhythm Heaven Wii was actually pretty sparse and simple; there were three minigames showcased, and it hadn’t even been localized yet, as all of the words were Japanese. It didn’t matter though; Rhythm Heaven isn’t exactly too based on language, but more on music. 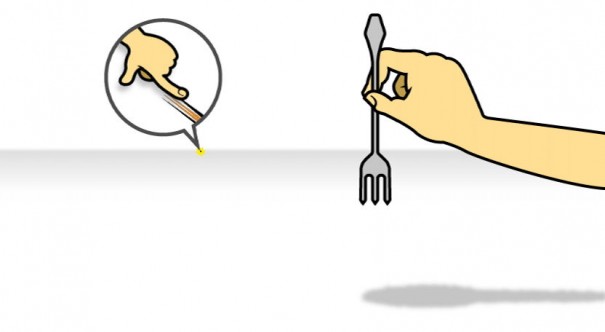 Just from the short list of games I was able to demo, one of the highlights of the series definitely shone through: the wacky-as-hell premises for minigames. The first game had me trying to stab at high-speed peas with a fork, the second had me as a samurai slicing up ghosts that got progressively huger and huger, and the third was the badminton minigame that was mentioned a couple days ago by Justin.

The games were similar to those of the Nintendo DS variety; they introduce you to the controls and the musical cues, and then hope you have enough rhythmic aptitude to not mess up completely. Each game is essentially an exercise in paying attention to the music rather than the visuals; theoretically, you should be able to do fine just closing your eyes and listening to the soundtrack. 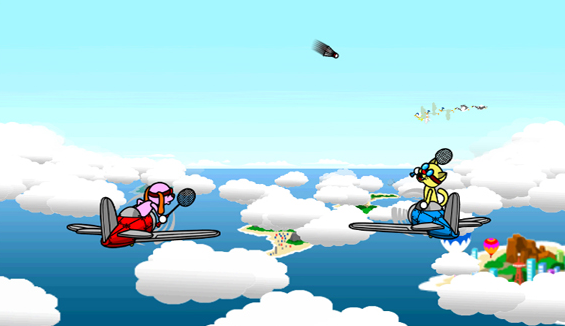 That was probably the best part of Rhythm Heaven Wii; the music in the game is once again fantastic, and listenable all on its own. The tunes are wacky, off-kilter, and nothing like what you hear in grey, bland AAA titles. It’s a definite breath of fresh air, and it’s not something you find often from a big first party like Nintendo.

Ultimately, that’s why Rhythm Heaven Wii has shot up to the top of my most anticipated titles; it’s proof positive that you don’t need to do anything particularly different to make a game that’s fun, utterly charming, and appealing to absolutely everyone without being dumbed-down or “kiddy”. The fact that it’s also shaping up to be one of the most epic drunken party games in recent memory doesn’t exactly hurt its awesomeness either. Definitely keep your eye out for this one when it hits the Wii later this year. SDCC 11: Soon You Can Buy a Stuffed Portal Turret from Think Geek

SDCC 11: A Movie Based on The Darkness is Coming