SEGA appears to be making moves on bringing some of its classics titles to mobile in the near future, and is teasing it with some retro flair.

As a shining beacon of the best in gaming from the 80s and 90s, publisher (and at the time, hardware maker) SEGA introduced a ton of classics to gamers like Golden Axe, Altered Beast, Vectorman, and many others, with a retro revival in the works (in some way) according to a tease from the company.

SEGA appears to be preparing to release some of its classic titles on mobile through either a series of ports or some kind of subscription service. Of course, the way that they teased the announcement was done in an incredibly charming and retro way by sending out a cassette tape filled with songs from the company’s classics, which we received in the mail today.

Included on the top is a solid mix of SEGA’s classic titles like Space Harrier, Outrun, Phantasy Star II, Vectorman, Kid Chameleon and more, along with the hashtag “#SEGAFOREVER.” Along with the mixtape, the package also included a note saying “cassette tapes change music forever. We’re about to do the same with retro gaming on mobile.”

No other details about the ports or service were revealed at this time, though new Facebook and Twitter accounts with the name “SEGA Forever” indicate that we’ll see something from SEGA soon about potential plans to release its classic titles on mobile. 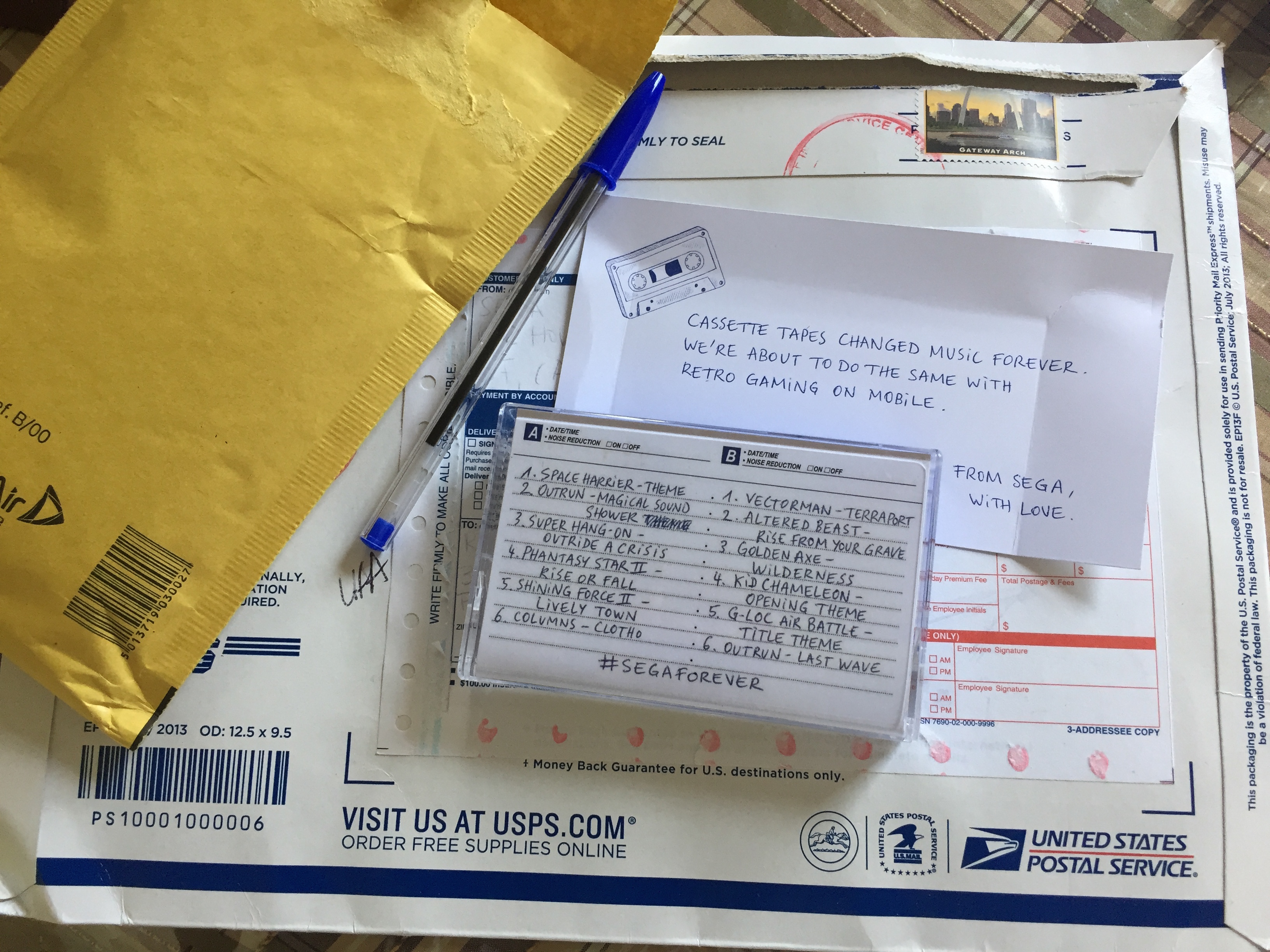 Following the launch of its SEGA Forever titles last week, the company responded to fan criticisms that it will improve on some of the titles' quality. Thomas Was Alone Comes to Nintendo Switch Next Month