First of all, we hear that Hong Kong plays a very important role for PlayStation’s business in Asia. According to Tokoro-san the recently announced PS4 line-up is the strongest in PlayStation history.

The local strategy going forward is to gain further penetration for the PS4 platform, targeting new audiences such as families, casual gamers and young students. The company believes that the new slim design with a “much more afforable price” will enable them to do so.

According to Tokoro-san, the fact that the PS4 slim launched first in in select Asian countries shows Sony’s strong committment to the PlayStation Asia business. He also shared that in order to push the new PS4 consoles, PlayStation Hong Kong is going to increase its marketing spend for the rest of the year by 50% compared to the previous year, marking the highest local marketing spend ever. Consumer touch points (the ways consumers can interact with the PlayStation brand) are also going to be increased by 30% in shopping malls, public spaces and a “mega-event coming in December.” On top of that, the number of platinum stores is going to be increased by three in September.

The local sales campaign that kicked off yesterday includes two highlights: one is the “brother deal.” If you go buy a PS4 with a friend or relative, and you both get one, you’ll get a HK$200 discount coupon that can be used in the next purchase. Also, five new “greatest hits” titles will be made available on top of the 21 that are already available, priced at HK$198.

PlayStation VR is also another important milestone for Sony Interactive Entertainment Hong Kong, and the first wave of pre-orders were sold out locally in thirty minutes. The company received complaints and questions since, like “How Can I reserve it?” “How can I get it?” “Are you stupid?” “Give us more!” That’s why a second wave of pre-orders has been greenlighted, and has gone live on September 9th.

Tokoro-san shared that PlayStation VR is a “very important business for the company.” The core gamer is the main target, but Sony also wants to expand to new customers that never experienced PlayStation 4 before. He believes that VR is going to be a very good introduction. 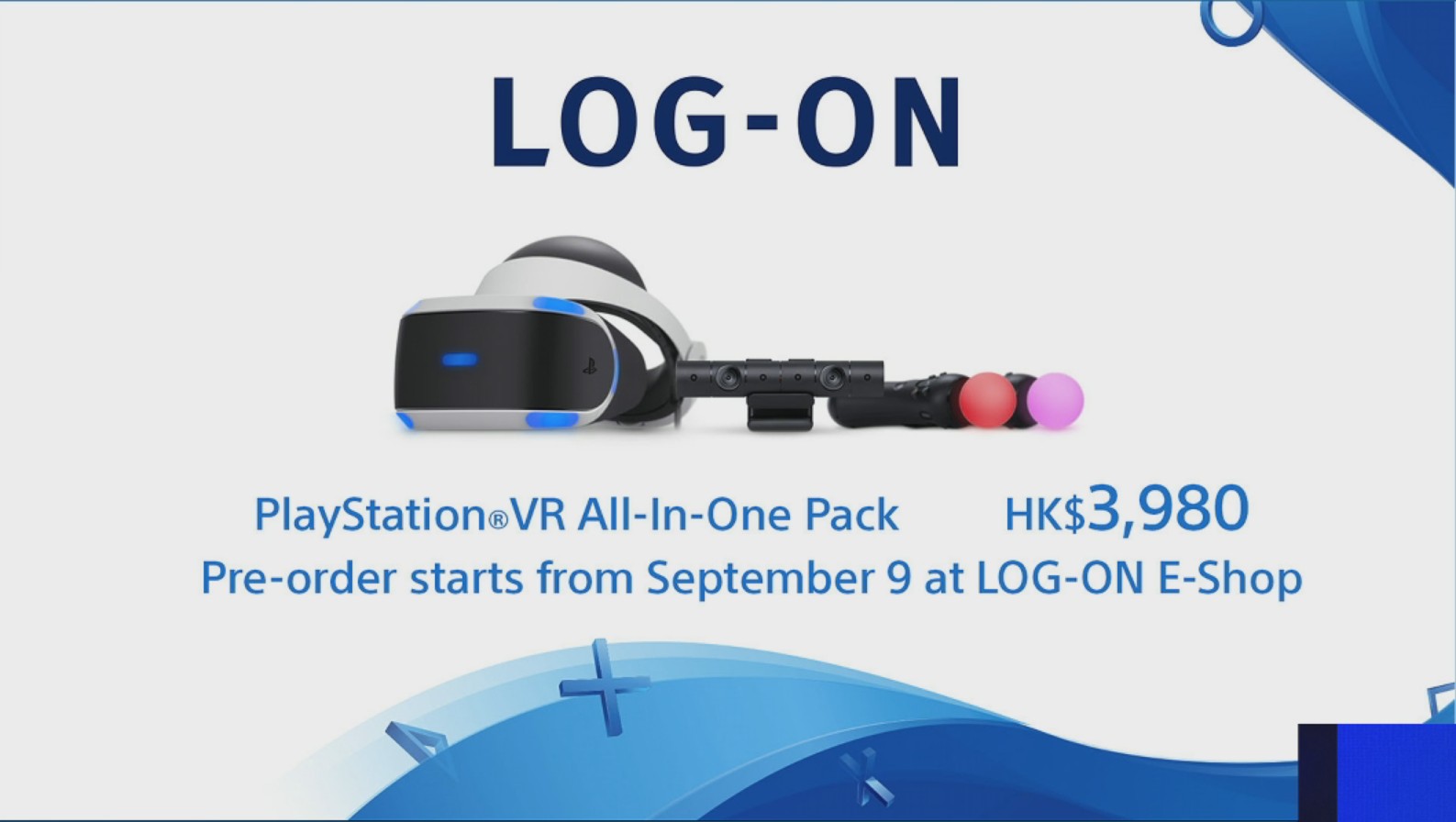 In order to achieve that, Sony is initiating a strategic partnership with the Log-On department stores, which have a different and younger customer base compared to PlayStation. Within that partnership, Sony will offer a special PlayStation VR package exclusive to the chain inclusing PlayStation VR, the PlayStation camera, and two PlayStation Move controllers at HK$3,980.

Sony will also host a PlayStation VR launch party on October 13th at midnight at the ONE Venue. The first 100 customers who will purchase PlayStation VR at the event will get a handcrafted wooden rack for the headset. Every unit will be numbered. 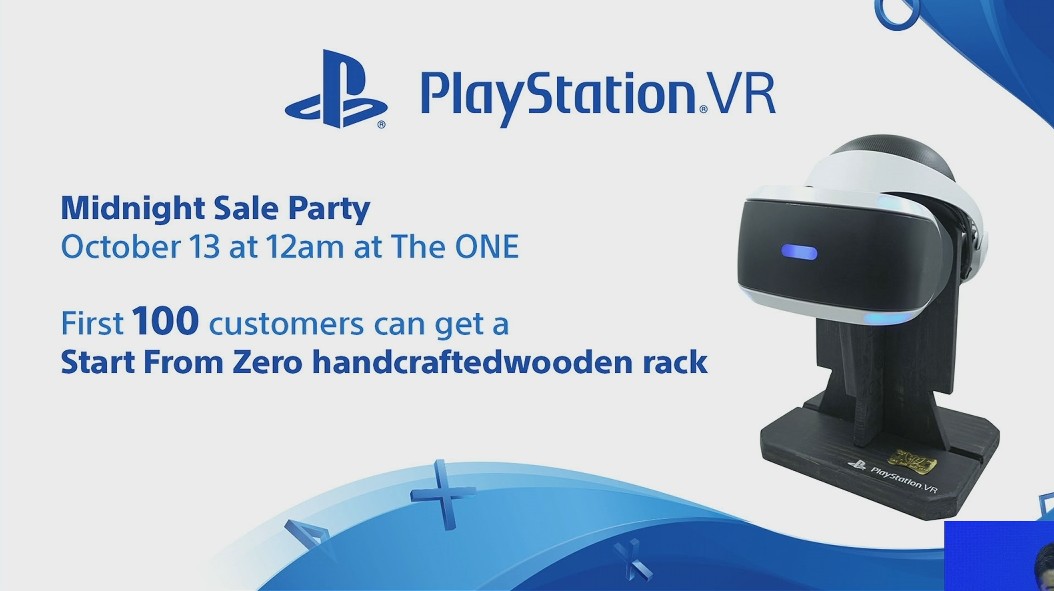 Sony executives take the stage at Ani-Com & Games Hong Kong to celebrate the 20th anniversary of the local branch of PlayStation.