Cloud Imperium Games announced a partnership with Intel, including a free ship with the purchase of an SSD, and passed a new crowdfunding milestone.

The collaboration will be bound to the new Intel Optane SSD 900P series SDD drives, and will grant anyone who will purchase one SDD unit an exclusive Sabre Raven ship for the game, available for a limited time.

Chris Roberts himself accompanied the press release with a comment on the partnership:

“The Intel Optane SSD 900P Series brings the workstation-class performance and industry-leading endurance of Intel Optane technology to a client SSD for the first time, and we know end users will find exciting ways to take advantage of the drive to do great things. We are eager to see the possibilities unlocked by software developers, like Roberts Space Industries with Star Citizen, and the SSD to offer users new ways to use larger data sets and more complex workloads to do more.”

You can check out the ship in the video and render at the bottom of the post.

On top of the partnership, Star Citizen also passed another crowdfunding milestone with a couple of really strong days. It’s currently way beyond $162 million (just a couple of weeks after passing 161 million), and more precisely at 162,667,172, with 1,895,961 accounts and counting.

Before you check out the assets, keep in mind for the sake of full disclosure that the author of this article backed the game, when the first crowdfunding campaign was originally launched.

Later today, we’ll probably know when alpha 3.0 will be released for backers, so stay tuned for that. 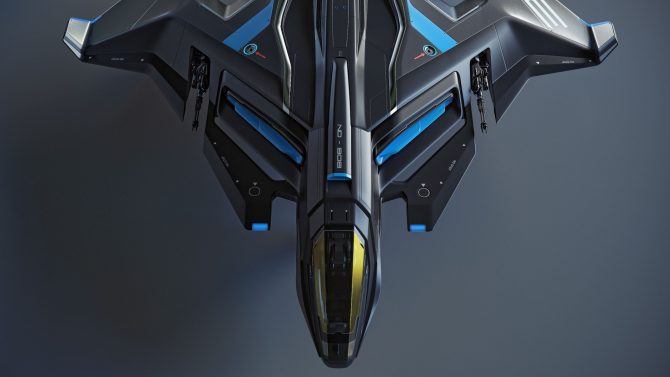