If you want to give a first look at the “Assault on Theed” multiplayer map in Star Wars Battlefront II, now you can.

A picture of the map (hard to say if it’s a render or artwork) was showcased during the last episode of the official Star Wars Show, and you can see it below alongside the show itself.

The Assault on Teed will be showcased in 20 vs 20 multiplayer matches at EA Play on June 10th, starting at 12:30 PM Pacific Time.

It’s described as follows, and will do some mixing and matching between Star Wars eras.

“Sleek N-1 Starfighters and Vulture Droids scream overhead spewing light and fire. Nimble AT-RT Walkers race around corners, pursued by roaring AATs. Agile Clone Jet Troopers hop from rooftop to rooftop, while rampaging B2 Super Battle Droids level everything in their path. Armies of Clones and Droids sprint across cover, their blazing weapons shattering the tranquility of the once-peaceful capital of Naboo. And at the center of the swirling melee the lightsabers and Darth Maul and Rey cut swaths through the ranks of the battling troopers.

Prepare for the Assault on Theed! On June 10 at 12:30 PM PT, Darth Maul and other cross-era heroes enter the battlefield in a massive multiplayer livestream gameplay event you won’t want to miss. You might even become part of creating it.”

Recently, we heard that Electronic Arts estimates to ship at least 14 million copies of the game by March 31st, 2018, even if the publisher hopes to move more than that.

If you want to see more about Star Wars Battlefront II, you can check out the reveal trailer, the standard and deluxe edition, our roundup with the new elements introduced in the game, and some really gorgeous screenshots and pieces of artwork. 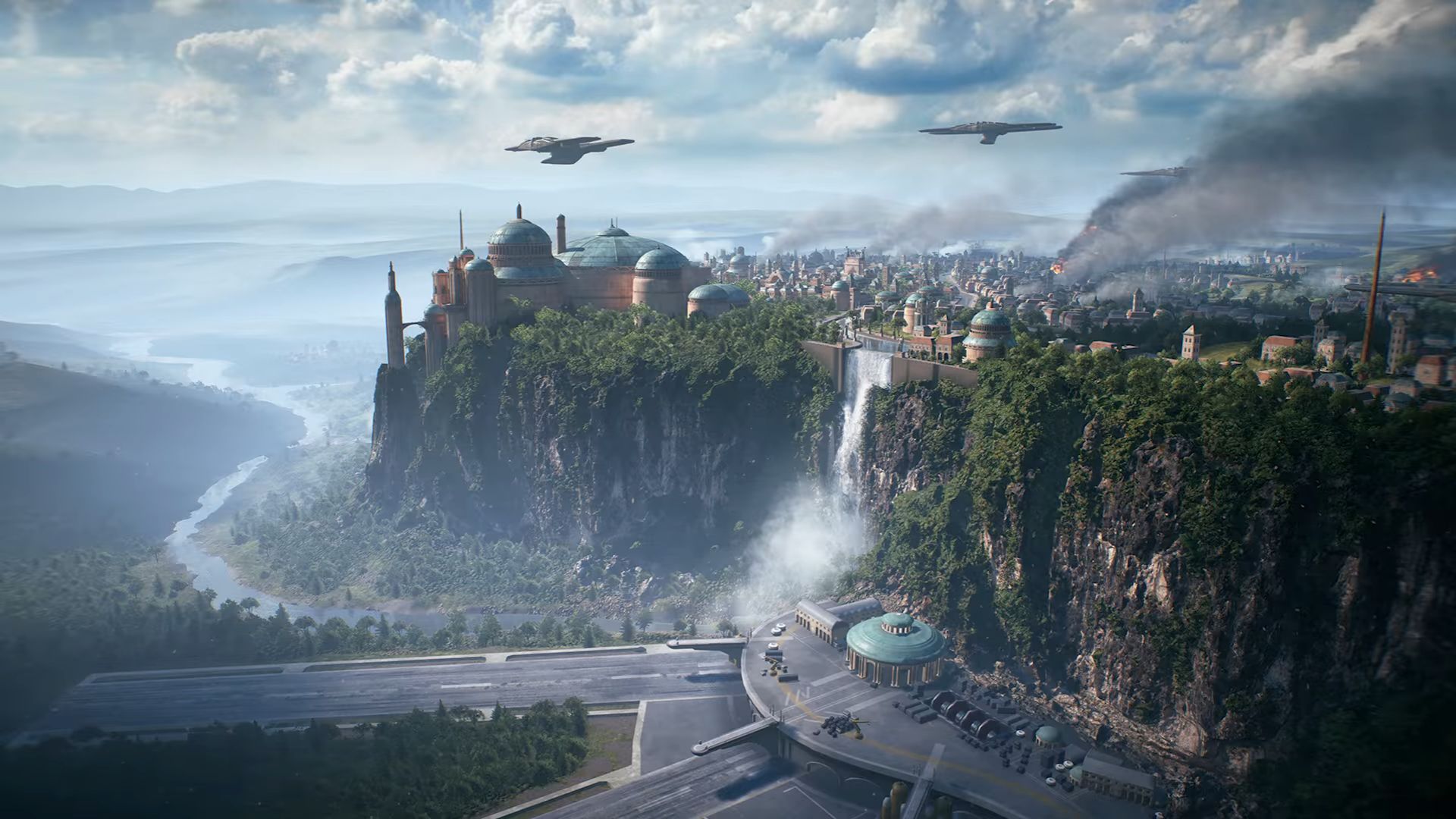