A new hero has been added to the ever-growing roster of the upcoming MMO, Marvel Heroes. Ororo Munroe, also known as Storm, will join the cast along with other recent additions including Emma Frost, Black Widow, and Colossus. Storm’s mutant powers allow her to control and manipulate the forces of the weather, and she is considered to be one of the more powerful members of the X-Men.

Storm’s addition to the game bolsters an already prominent mutant presence on the roster. If Gazillion Games keeps adding characters at this hasty pace, we could have the entire Marvel roster in the game before it is even released. You can check out the new picture of Storm below. 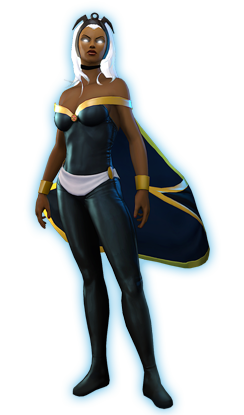