The official website for Sword Art Online: Lost Song is now open and the release date of March 26, 2015 has been announced. The PS3 version will cost 7,120 yen and 6,120 yen for the PS Vita version.

A special edition was also announced which will come with a special content Blu-ray disc, a soundtrack CD, a special case and booklet as well as a clear poster for 9,980 yen. 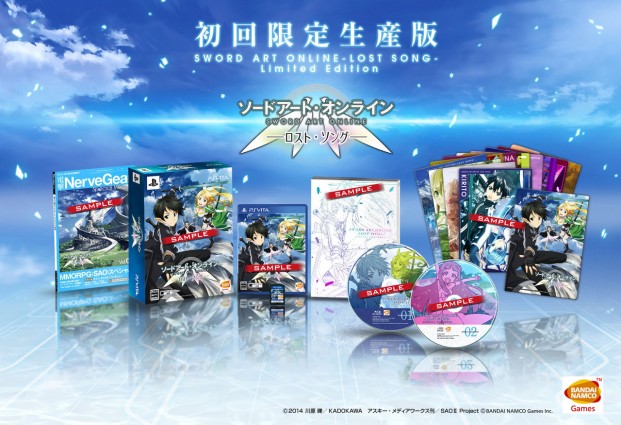 Sword Art Online Game Exclusively for High End Platforms like PS4 and PC Is Possible; Would Use Their Power