Tales of Berseria is coming to the west in early 2017, and many are hoping that it will bring a breath of fresh air for one of the most popular JRPG franchises in the industry.

I recently had a chance to have a chat with Producer Yasuhiro Fukaya, who has worked on the Tales series for over ten year managing its quality control before taking the helm for Tales of Berseria.

Fukaya-san shared some quite interesting details on the game, also sharing his opinion on the future of the series. You can read what he told me just below.

Giuseppe Nelva: We got a PC version for Tales of Berseria. Is here any chance for an Xbox One version to be added down the line?

Yasuhiro Fukaya: I’m sorry. Unfortunately, we don’t have any plan to release this game for Xbox One.

GN: The game won’t be released on PS3 in the west. Can we assume that this will be the last Tales game that gets released on PS3 in Japan as well? Could that open the door to the graphical innovation that many expect from a current generation title?

YF: When the game’s development was started the PS3 was the most popular PlayStation console in the world. Yet, in the western countries more and more users are now starting playing games on PS4. This is really fast compared to the Japanese market, so we decided to release the game only for PS4 and PC in the west.

I can say that Tales of Berseria will be probably the last title that we’ll release for the PS3. When talking about the next Tales title, unfortunately we don’t have information or plans for now, but if the game can be released only for current generation consoles, we can make use of the specs of the PS4.

I believe that, and this is just my idea, we can evolve the battle system more and make it seamless by using those higher specs. 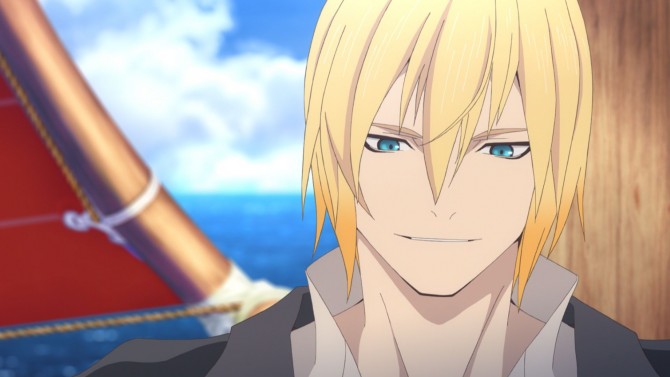 GN: Can we actually sail and steer the ship around in the game?

YF: The ship is deeply connected with Eizen. It’s a key element of the story. Please look forward to finding how it’s involved with the storyline while playing the game.

When you travel around the world, the ship can visit some ports, and in some events the character is displayed as controlling it, but unfortunately you cannot do it [manually].

GN: Do you have any sense of how long the story of the game will be in terms of hours of gameplay?

The gameplay hours change depending on the player, but when enjoying every sub-scenario and sub-event, I believe an average player will take more than eighty hours. We couldn’t implement many sub-scenarios and sub-events in Tales of Zestiria, so we wanted to include more here to give more information on the main story. I believe everyone will be satisfied with the number of sub-scenario events and with the length of the game.

GN: Will there be an element of romance in the game? And if yes, how important will it be?

YF: I can’t answer your question (laughs), it’d be a big spoiler. Please play the game. 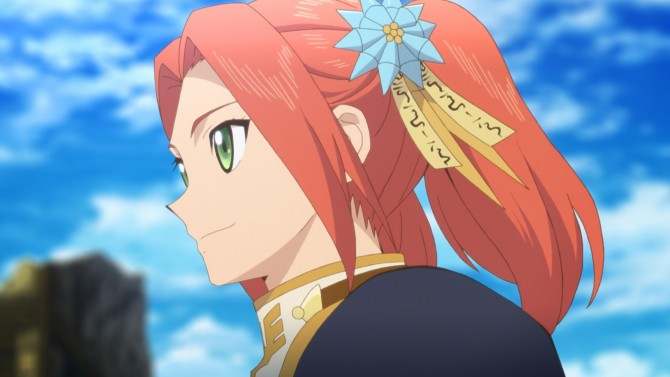 GN: The default costume Velvet is wearing shows quite a bit of skin. In the west there has been a bit of controversy about this kind of outfits, and that has pushed a few developers to cover up the characters for the western markets. Can you promise that Velvet’s costume will remain the same for the west?

Interpreter: This is not his answer. It’s my answer: I hope so!

YF: I promise. Velvet’s costume will surely be the same in the western version. The design of that costume is created by Mutsumi Inomata, and she created that costume based on the character’s concept and setting, and on the storyline.

I believe that those who support the Tales series like to have exactly the same content as the Japanese version. We believe it’s ideal and the best option to bring exactly the same game experience and design to the western countries. I promise that Velvet is still Velvet in the western version.

During the round table interview, Fukaya-san also mentioned a few additional pieces of relevant information: