At South by Southwest, TellTale revealed some details on their upcoming Batman series. It will not be an adaptation or tied to any other form of Batman media, and will take place in modern Gotham, and the developer is hoping to release it this summer.

The player will control Bruce Wayne by day and Batman by night. The extended Bat-family will not be included (such as Robin and Nightwing) though you can expect Alfred Pennyworth, Vicki Vale, James Gordon, and Renee Montoya. The villains, however, are, “more tightly under wraps until closer to the premiere.”

There is a lot of focus on decisions Bruce will make that will, “shape the Gotham that Bruce deals with during the day, as well as the criminals that Batman faces at night.”

Speaking about the graphics, TellTale stated,

Team is committing to a non-photorealistic interpretation of the universe, enhancing engine and technology to deliver a more seamless living comic book art direction. Taking inspiration from the works of over 75 years of artists such as Jim Lee, Greg Capullo, and Neal Adams.

And lastly, the series will have a Mature 17+ rating, and liken the approach to an R-rated film. An image of the script was released, which you can view below. 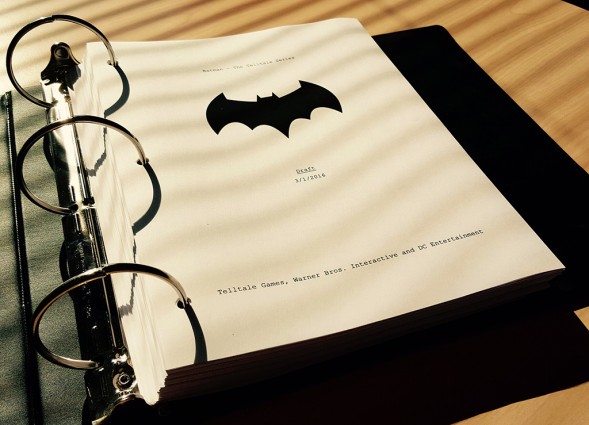