It’s September 15, and that means it’s time for the Tokyo Game Show. EA and Capcom kicked things off earlier today, but now it was time for big boys Microsoft to have the spotlight.

The keynote begins 5 minutes later than scheduled, so a voice comes on and apologizes for the short wait. Hit the break for the full keynote recap.

Takashi Sensui, GM of the Xbox Division of Microsoft Japan. He begins by saying he is honored to be a part of the keynote. He also shows off some games that he says, “Celebrates Japanese game creators”

Sensui says they’ll be showing off 10 titles today. Don’t know if any of them are new titles but titles none the less.

Looks like Shigenobu Matsuyama has taken the stage and is going to be giving us a nice surprise. Looks like the three legged mechs from Metal Gear Solid 4 will be making a return to the Metal Gears Solid series.

According to Kojima Productions, the game is being developed on schedule but are not ready to announce a release date yet. 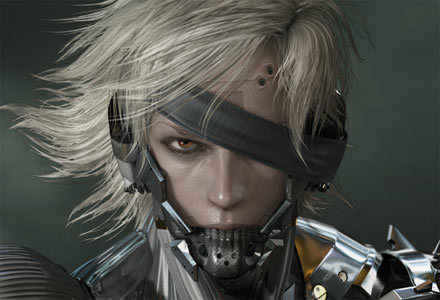 Phil Spencer, VP of Microsoft Game Studios has taken the stage and begins his part by saying how important Japanese developers are industry. He talking numbers now, $1 billion in Japanese game purchases on the original Xbox, and $2.1 billion so far on the 360.

“All this money? All from Japan baby”

He begins talking about Halo:Reach. Halo: Reach generated $200 million in first days sales, and also broke the previous record for simultaneous users on Xbox Live, but that number hasn’t been released.

Spike is the first, announcing Fire-Pro Wrestling for the Xbox 360.

Treasure is second up, developers of Ikaruga, are bringing Radiant Silvergun to Xbox 360 to Spring 2011. Online co-op, improved graphical fidelity, and more will come along with it.

The next titles are Kinect focused. Masaya Matsuura is developing a ‘horror game’ for the Kinect. It’s called Haunt.

Next, the creators of Phantom Dust hop on stage and are ready to announce to their next game. It’s called, or codenamed ‘Project Draco,’ a flying game for the the Kinect. Project Draco will be coming to the Xbox 360 in Spring 2011.

Grasshopper Manufacture has taken the stage is about to announce it’s first Xbox 36o title. It’s a Kinect title that promises to be ‘fun and punky’. The game won’t feature guns or swords but will be a core-action game. It’s being called Codename D for the time being, and from the trailer it looks like you’ll play as a character wielding a baseball fighting against a bunch of mask wearing mascots. The baseball gets lit on fire, and it destroys the evil mascot. It is a Kinect title, so expect alot of movement involved.

Looks like Dr. Kawashima’s Body and Brain Exercises is now on the stage. It’s a Kinect game from Namco.  It’s only coming to North America and Europe in 2011.

Child of Eden is now on stage, Tetsuya Mizuguchi of Q Entertainment is telling people what’s been shown at previous events. His vision is to ‘purify the world’ giving gamers a beautiful experience when they play the game.

Sega came onto stage and announced ‘Rise of Nightmares‘ a Kinect exclusive coming to consoles in 2011.

Steel Batillion: Heavy Armor for the Kinect is also announced. The game will take place in 2082. Hopefully no ridiculously over sized controller will be needed. The basis for the game is ‘a world without computers.’

That’s the end of the keynote, with a lot of interesting titles are coming out of Japan. You can expect many of these in 2011.

Steel Battalion is Alive and Well (Kind of)

Check Out These Keynote Speeches From D.I.C.E 2013