The Red Hood Joins the Cast of Batman: Arkham Knight

The Red Hood Joins the Cast of Batman: Arkham Knight

Recently it was announced that GameStop will be taking a more active role when it comes to getting pre-order content for games. Today we see the first step in that direction with a new exclusive GameStop deal.

Batman fans who pre-order Batman: Arkham Knight will get exclusive access to the Red Hood Story Pack which features a character that many people thought would actually be the man behind the Arkham Knight persona.

The Red Hood is an Anti-Hero/Villain featured in the Batman comics. The original Red Hood was seen in Arkham Origins (portrayed by the Joker in a flashback), and with the Joker’s death in Arkham City, we assume that Jason Todd will be taking the helm.

Check out the first promotional image below: 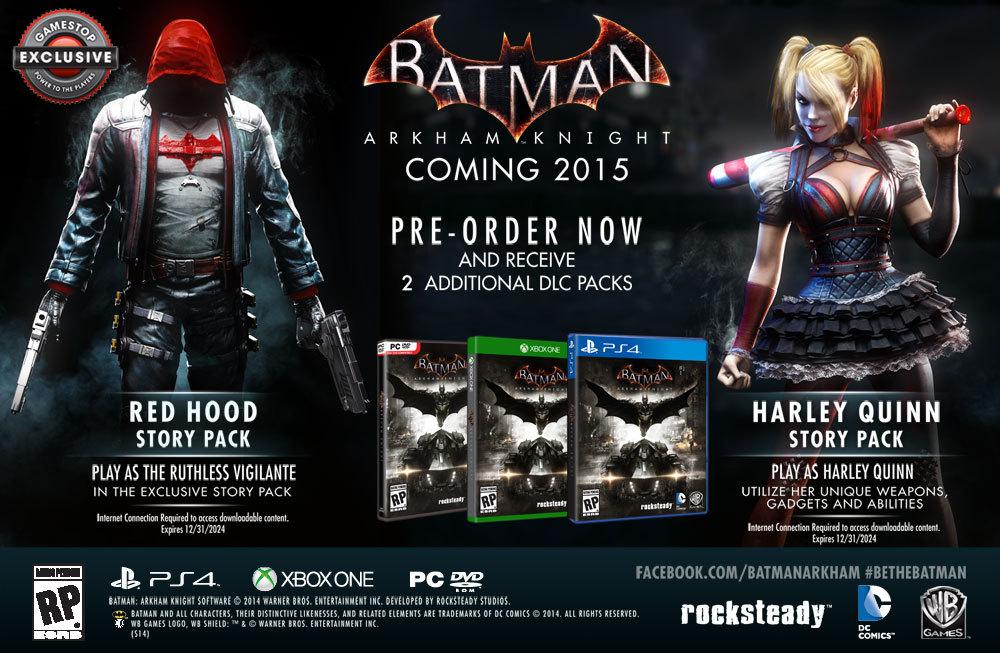 The World Ends With You – The Animation Gets Its First Trailer

Persona 4 Arena Ultimax Will Not Be Region Locked In The Americas, Atlus Details Pre-order Content

Soul Calibur V Goes Gold and Not a Moment Too Late