The Witch and the The Hundred Knights Gets a Stinky Bug, New Info, Screenshots and Art The Witch and the The Hundred Knights Gets a Stinky Bug, New Info, Screenshots and Art

If you’re excited about the PS3 exclusive action JRPG The Witch and The Hundred Knights, that will be released in Japan on July the 25th and in North America at a yet unspecified time in the future, I come bearing gifts, as Nippon Ichi Software just sent in a large batch of info, screenshots and artwork for us to enjoy.

First of all, we meet a new character: an anthropomorphic insect named Miton (voiced by Saki Fujita, that lent her voice to QQ Selesneva in Tales of Innocence and Ymir in Attack on Titan). She belongs to a species called “Buridango”. Buridangos aren’t exactly loved by humans because they live in dirty places and therefore they stink. Upon seeing Metallica she falls in love at first sight and wants to help her. Apparently she’s also rather confused on the witch’s gender, as she calls her “my prince”.

Hilariously, her peculiar odor is a big problem for Visco, that is part dog and as such has an extremely strong sense of smell. She faints as soon as Miton gets near hear. 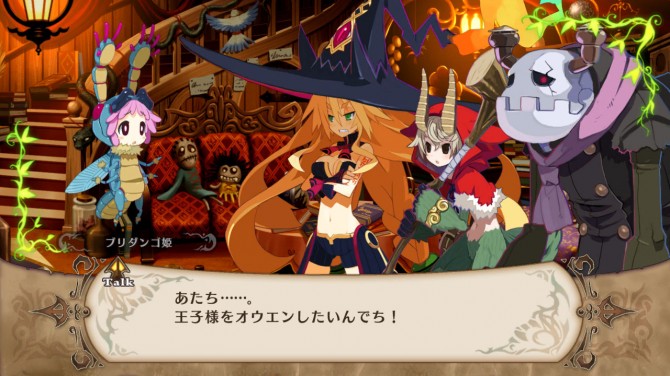 Two new forms for Hundred Knights are unveiled: Trick Screamer is very weak in both attack and defense, but is strong in magic and healing. On the other hand Shinobi the Assassin has powerful combat abilities and can fight for a long time, but suffers from a slightly lowered defense.

We also learn about the a process called “Physicalibration“. There are several pillars scattered through the various maps, and thanks to those Hundred Knights can set his home point and customize his abilities via the Physicalibration. He can use the “Grade points” gathered during his adventures in a dedicated menu. It has to be noted, though, that the effect is reset when leaving the map where the pillar used is, so Pysicalibration is only useful to help defeating local enemies. 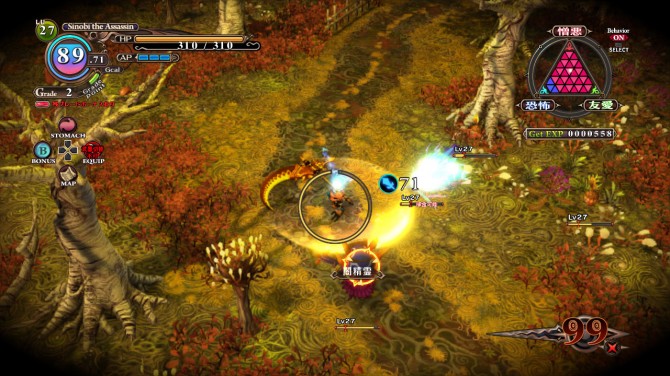 Physicalibration can modify a variety of stats like HP, Attack, Defense, power of the Pillboxes, ability to scan the field, to receive more gigacalories and even to receive more bonus items.

Finally, when an enemy is defeated, it can rarely drop a rare material called Anima. It has to be picked up immediately as it disappears quickly. Hundred Cavalry can then bring it back to Metallica’s hut and give it to the greedy witch in exchange of a special reward, that can go from the instant level up of a weapon, to the acquisition of a new pillbox, or even the resurrection of villagers that have been involuntarily killed.

Below you can see a nice, big gallery with all the artwork and screenshots related to the points mentioned above, including the preorder bonus that will be distributed in Japan, in the form of a piece of a sexy printed artwork portraying Metallica and autographed by the character designer Takehito Harada. Review: The Witch and the Hundred Knight – Too Many Witches Spoil the Spell The Witch and the Hundred Knights Gets “Casual Mode” via Patch, Screenshots

The Witch and the Hundred Knights Introduces The World and More