Ultimate Marvel vs. Capcom 3 has Two Covers, Which Do You Like Better? Ultimate Marvel vs. Capcom 3 has Two Covers, Which Do You Like Better?

With Ultimate Marvel vs. Capcom 3 Capcom is making everything bigger and better. More characters, more stages, more game modes and more…cover art. The game will feature an awesome reversible cover and both sides are packed with characters. The second cover appears to have every single one of the new characters adorning the cover, which I happen to find the tiniest bit cheesy.

I think that having multiple covers is a nice bit of fan service that is rarely seen nowadays, so it’s worth appreciating. I’ll probably be rolling with the first one though, because Ghost Rider looks just too boss. UMVC3 will be available on HD consoles in November. 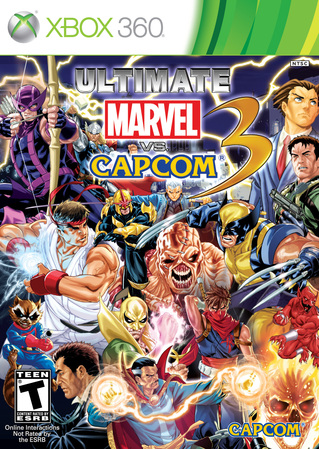 Ryota Niitsuma was one of the producers of Tatsunoko Vs Capcom, Marvel Vs Capcom, and many anime fighting and crossover games.