Valkyria Chronicles 4 is so close to its Japanese release that you can almost smell the ragnite, or you could if you knew what ragnite smelled like.

Sega released more videos from its upcoming JRPG Senjou no Valkyria 4: Eastern Front, that will release in the west as Valkyria Chronicles 4.

We get to meet two members of Squad E. The first is engineer Rita. She is described as a woman in love, but unlucky with men. The second character is Neige, a sniper so cute that many fail to take her seriously. She is also a bit insecure, so passing through an area where she can be seen by many can trigger her “Self-conscious” negative potential.

On top of that, we also get a lovely guest illustration by artist bob, who some might know for his work on publications like Elf de Bikini de Machine Gun! or Wortenia Senki.

You can check out the videos below. If you want to try out the game for yourself, a demo is currently available on the Japanese PlayStation Store. If you’d rather just watch some footage, you can enjoy about an hour of gameplay which I recorded from the demo itself. You can also check out a ton of screenshots and info in English released by Sega this week.

Valkyria Chronicles 4 will release in North America and Europe for PS4, Nintendo Switch, and Xbox One in fall 2018. It will launch in Japan for PS4 on March 21st, 2018 and for Nintendo Switch later in the summer. 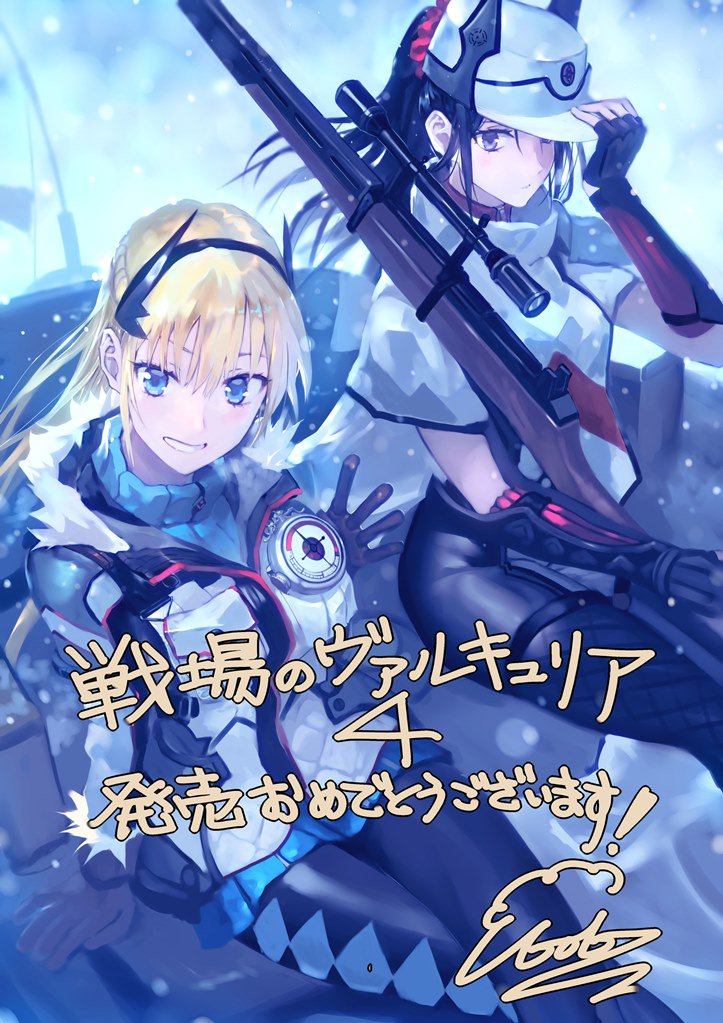