In 2013 alone, 525 video games were released across all platforms and this year it’s expected to be even more with the new Xbox One and PlayStation 4 consoles. It’s understandable that not all games can be the most interesting or innovative. Similarities are bound to happen. But what happens when originality starts to go completely out of the window and games just become one and the same? Unfortunately this trend is becoming more and more common as the years progress. I’m going to break down how five gaming trends that are completely destroying the beautiful gift of originality.

This may come as a shock to many and some people are thinking “what are video games without multiplayers?” Simple, they are much more interesting, fun and creative. Developers spend years working on a game, figuring out the characters, hashing out a story-line: sometimes it’s the best storyline you will ever experience. It’s funny, sad, filled with all kinds of emotion, but this is all for naught for the first thing people do is play the multiplayer, completely abandoning all the good stuff.

Games have just been about how good the multiplayer is and this is destroying the uniqueness of a game. After a while I can’t tell a Battlefield from a Call of Duty, everything looks the same; it’s boring. Single-player campaigns are all about the experience. When you sit down you’re immersed in the deep back story of the characters, nothing is rushed (Fallout) allowing yourself to truly enjoy all the details and craftsmanship that went into the game. When you’re sitting there all by your lonesome playing Portal 2 or The Last of Us, not being surrounded by any of your obnoxious friends, sequences are more intense, that zombie is more frightening and you don’t have some crazy weird person screaming in your ear just sucking the joy and life out of everything. So I say do away with multiplayer, and discover the power of connecting with the single-player campaign.

Do We Really Need Another DLC?

A long, long time ago when video games first came out, you brought your game and that was the end. There was no such thing as new content, whatever the developers forgot to add no longer mattered for the game was already released. It was just that simple; gaming was unforgiving.

While DLCs can add more to the game making it more enjoyable and given as a general apology for screwing the game itself, DLCs have become so frequent their magic is completely gone and the light disappears from your eyes when you hear of its release. For example, the average FPS games have an average of five DLCs, each as unoriginal as the last. Do we really need all those maps of twenty different versions of shooting people in different environments?

One of the other major qualms I have with DLC is the pricing. Apparently the gaming industry hasn’t gotten the memo that we’re in a recession and people’s bank accounts are laughing at them. You save up and spend $60 for a game only to turn around to pay an extra $30 for a DLC followed by another and another. By the time you realize it, you’ve spent more money buying extra redundant content then you did for the game. The gaming industry needs to stand by the game and look themselves in the mirror every time they think of a DLC, and simply ask “is it truly worth it?”

One of the many reasons why I love Kickstarter and other crowdsourcing sites is that it allows the lesser known developers to get their work out there and into the hands of the public. I often find these games to be far more interesting than the commercialized ones. However, one of the major problems I have with crowdsourcing is that they always seem to ask for help with ideas. This is nice at first, asking which characters we would like to see in the game makes the fans feel inclusive; however, some campaigns are becoming too dependent on the fans for ideas. Constantly asking for input is as if they’ve abandoned what made their vision so unique to begin with and as a result I completely lose interest in the game.

One of the other problems with crowdsourcing is only the people who truly care about the game are going to contribute and as a thank-you donators are given a copy of the game. Once that game releases to the public only the people who care about the game already have a copy of it, meaning the developer technically already knows how much money they’re going to make because they already sold their games to those interested. Now with this knowledge a developer no longer has to make the most unique and creative game because a lot of the time they’re not thinking about the general public, just those who contributed to the campaign.

Movies and video games have a long history of dancing the forbidden tango. Every time a movie is released here comes its lame video game version trotting along, like an unwanted bastard child. Even movies that don’t make sense being a video game are adapted. Why the hell is there a Mean Girls video game?  The problem with many of these video games is that it’s rushed and it’s trying to match the movie precisely. A lot of the times the movies they’re based on are downright horrible and as a result the game suffers, sometimes even more so.

Video game adaptations are horrendous because they’re adaptations. Take Charlie’s Angels for example, a horrendous movie turned into a horrendous video game. One of the many problems I had with this game was that it was very limiting, from the fight moves down to the dialogue. Why? The developers have to be faithful to the character or if heaven forbid the consumers notice the difference.

Another reason why adaptations don’t work is because it’s filled with unnecessary and disjointed storyline used as filler just so that the game reaches the average 5-10 hours of gameplay. Instead of getting a game that allows the gamer to go beyond the movie’s plot and learning more about the movie’s protagonist, we get extra characters, and random storylines. Sadly this often isn’t the case and those precious hours are wasted and we get games like Street Fighter: The Movie: The Game. 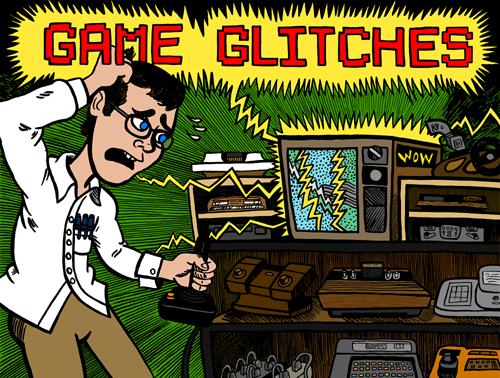 You’ve waited an entire year for the game, you’ve watched every trailer, seen every gameplay video, read every blog and news you could get your hands on. Then that day finally arrives, you get your copy, you insert the disk and it happens…bugs; tons and tons of bugs. Sound familiar? For those who had the misfortune of purchasing Batman: Akrham Origins you know exactly what I’m talking about. What’s extremely frustrating about this trend is that it’s mainly avoidable.

A game takes years to develop, through many trials and errors the product that we hand over our $60 is supposed to be the developers’ best work, yet what usually happens is that along with the game we get the first day patch, which is never a good sign. Yes bugs happen and modern technology isn’t perfect; sometimes a patch is needed. The first day patch, is mainly released because glitches and bugs can’t be fixed until the game is released, especially concerning games with multiplayers that run on numerous servers internationally. However, there isn’t a need for consumers being flooded with numerous patches. Do they not believe in their original product? Are they anticipating more things to come? Instead of being bombarded with patches how about developers take time release a bug-free product the first time around. Just imagine a world where you can actually play Batman: Akrham Origins.  Is that too much to ask?

Just a couple of days ago I reported that WB Games is full aware of all the glitches gamers were experiencing with Origins, but they decided that it would be best to not only ignore the pleas of the fans who want a playable game, but that they would rather spend their time and money working on another DLC for the game that people can hardly play.

The team is currently working hard on the upcoming story DLC and there currently are no plans for releasing another patch to address the issues that have been reported on the forums. If we do move forward with creating a new patch, it will try to address the progression blocking bugs for players, not the minor glitches that do not prevent one from continuing to play. “The issues that are not progression blockers will unfortunately no longer be addressed. We apologize for any inconvenience this has caused for some of you, and want to thank you for having been patient.

Why would WB make this kind of decision? Simple, it’s all about the profit. Once you’ve brought your copy of Origins or Aliens: Colonial Marines (another game riddled with bugs) that’s it, the company can’t make any more money off you. Fixing bugs may be the moral thing to do, but to them it’s just not profitable. In fact, in some cases creating patches costs them money. According to Double Fine’s Tim Schafer, the cost of getting a patch up on an Xbox 360 and/or PS3 is $40,000.

While Microsoft has eliminated fees for Xbox 360 games once the story broke, other console companies haven’t. Yes it’s ridiculous for a patch to cost this much, but it still isn’t an excuse, since developers like RocksStar and others can easily afford it, but to them its not cost effective. This is why I beg developers to release games without all these bugs. If a game takes longer to be released, that’s fine. I would rather wait several months more for a game where I can get past the Main Menu screen than play an infected game that made its release date. In the end it saves both the company money and the consumer a headache. Additionally, gamers are more likely to continue buying from that developer.

While these are just several trends that are stinky up this beloved industry there are sadly many more out there that needs to be stopped. Gaming is a form escapism, and I don’t know about you, but escaping to the land of the boring and unoriginal is not what I call having a good time.

The Nintendo Switch Was Announced Four Years Ago as of Today