Warriors All Stars for PC and PS4 is a great concept undoubtedly made for fans, who will hopefully overlook the noticeable shortcomings to the mousou game.

Oh, Koei Tecmo, there’s little that you do that I don’t enjoy. True, you can put out some super nerdy games, such as Nobunaga’s Ambition, but even that series found a strong audience. The list of IPs that publisher Koei Tecmo owns is vast and includes the Warriors, Dead or Alive and Atelier series. Through all these popular series that Koei Tecmo owns, it’s amazing they still put out new IPs, such Nights of Azure and more recently a strong game of the year contender, Nioh.

With all of these titles, it’s amazing that it took this long to mash them all together into one with the release of Warriors All Stars. A game that promised to feature Warriors style gameplay with a couple dozen recognizable characters from their list of IPs. What could go wrong right? Developer Omega Force has proven they can deliver many variations of the “one versus one-thousand” fighting format, so I was surprised to discover that at times Warriors All Stars can come off as lazy, but that doesn’t mean I didn’t find things that I enjoyed about the game.

Let’s talk about Warriors All Stars’ premise: Evidently, a world of furries is left in disorder after the King of the region mysteriously dies. These characters (whom are original to the game) are named Tamaki, Setsuna, and Shiki. Tamaki casts a spell to bring the crossover characters to the world in order to assist her, but something happens and the characters are spread across the world. This is where the game will allow you to pick from a small amount of the playable characters in order to begin the game. Who you pick will determine whose side you fight for, Tamaki or Setsuna, who are cousins.

Sound messy? Well we’re just getting starting because after the opening cinematic the game turns into more of a visual novel where static images represent the characters as they speak to each other. However, the game also lacks voice over for many of these scenes which makes the opening scene extremely underwhelming as a game with an all star cast such as this should have been the most epic introduction ever. 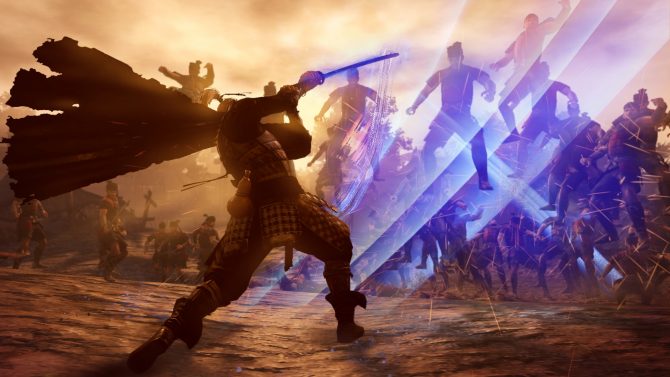 After completing a tutorial level, the player is free to choose missions as they appear on the map. The map is nothing too impressive, you basically move a circular avatar over a mission icon and accept the conditions. There is a base of operations where you and your chosen character can hang around with other characters and talk at the bath house and build bonds. These bonds will come in handy later on in the game if you are trying to execute special skills or gain access to specific endings.

I kind of fell in love with some of the story scenes since it placed some of my favorite characters in interesting situations. I just never could have imagined what it’d be like for Arnice from Nights of Azure to talk with Sophie from Atelier Sophie. Although this was an enjoyable section of the game, the story’s main three characters still lacked any chemistry and the premise failed for it deeply. I just couldn’t get behind the whole reason all these characters are here, “help us or be stuck here forever”. 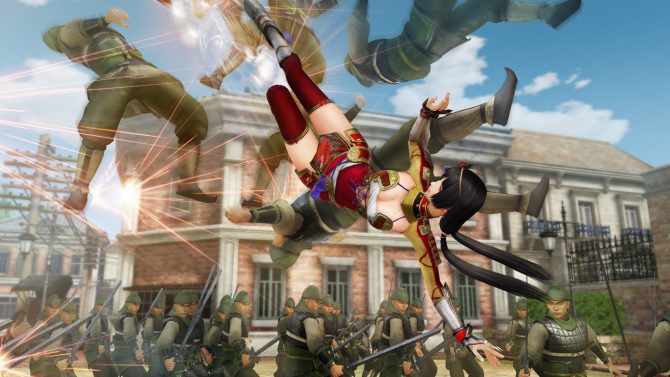 Main story aside, the individual character stories can be enjoyable depending on who you chose. There are a total 27 characters, but they don’t all hold substantial roles in the game’s story. In this regard Omega Force definitely shows favorites depending on which character you choose. Players can take up to five characters with them into battle which will increase the bonds between the chosen party member. Each character looks incredible; Omega Force was consistent about doing these beloved characters right by representing them beautifully in this game and it shows in and out of battles.

The battle system in Warriors All Stars is, dare I say, excellent. I had a ton of fun playing as the different characters over Koei Tecmo’s IP catalog. Omega Force did an amazing job at developing these characters who controlled the way a fan would expect. Also, the fighting system wasn’t something that I’m used to seeing in a musou game, and I enjoyed the new systems. In Warriors All Stars, there is now a dodge ability that must be learned early on or you’ll find that your character spends a lot of time knocked out on the ground. 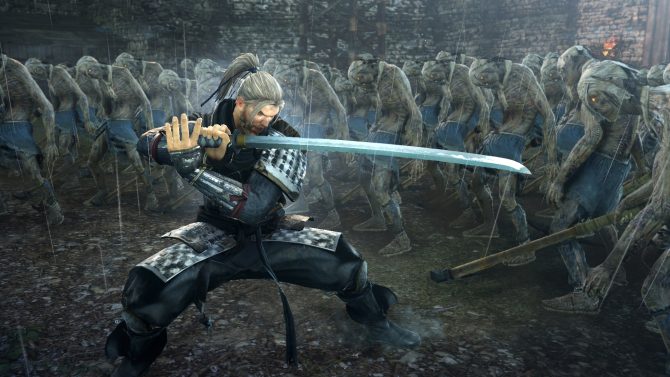 Even though their aren’t as many combinations of attacks that fans of musou games would expect, each character brings with them a unique skill set that is unseen in other series entries. One of these systems has party members link together and form a line of destruction for a limited amount of time. This is the only real way to switch characters in battle and I wish that they took it a bit further, but it’s still enjoyable.

Naturally, there are some musou attacks, but the most unique is a sort of fever mode where the player has 20 seconds to take out hordes of enemies as they run at you while your allies assist and cheer you on along the side of the screen. These attacks can come in handy when facing off against one of the stronger generals, but they also grant some rare items as well as Hero Cards.

Hero Cards are essentially weapons that will be granted to you through the game and have some pretty interesting skills, depending on the rank. Some of these cards can be equipped with elemental and additional skills to add to the variation of attacks you can launch in battle. I actually enjoyed the Hero Card system and that it was fun collecting them after each battle while hoping to get one that had a perk to make me level up faster. 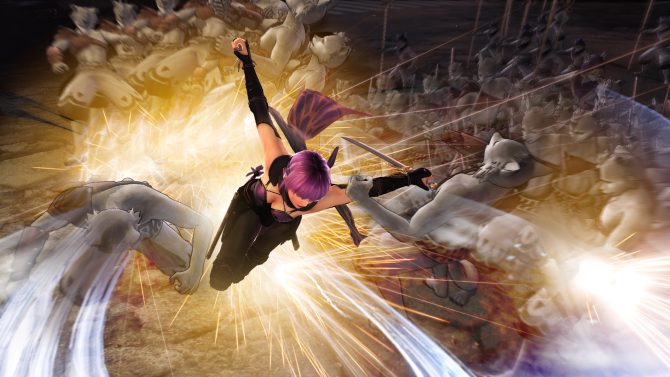 I couldn’t help but realize that the maps in this game are definitely alterations of other maps from previous musou games. However, there are some cool original maps that take place in some of the crossover character’s worlds. Sadly, there are just not enough of them and I would have liked to see Omega Force put time into creating more of these original maps.

The music in the game is really cool if you’re a fan of Koei Tecmo games. There are plenty of recognizable tunes that make add to the experience of play a crossover game with so many beloved characters. There’s also some Easter Eggs to be found that the hardcore Koei Tecmo fans would enjoy, this was a nice touch and I’m glad the developers had fun with this idea. 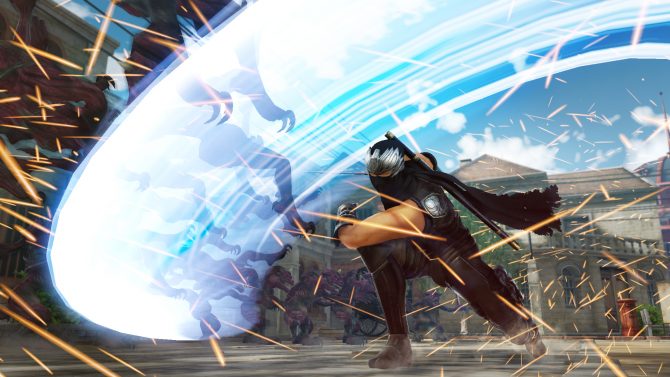 Warriors All Stars is an entertaining musou game that will keep fans of the action series playing for hours. After spending over 25 hours playing myself, I was able to complete many of the character’s stories and had a pretty good time doing it. However, the issue with the game is that the dull level design, lacking story premise, minimal voice acting, and visual novel style scenes made it feel like this game could have been so much more.

Warriors All Stars is definitely a game for fans of Koei Tecmo and musou games. There are many interesting character interactions that you’ll only see in this game and for some fans that will be enough to look past it’s shortcomings. I hope Koei Tecmo continues the All Stars series because I know we’ll continue to see improvements made to it in other entries. Sadly, even with the awesome battle system, Warriors All Stars just felt average. Omega Force producer Masaki Furusawa has explained what his development team learned from both Dynasty Warriors 9 and Warriors All-Stars.