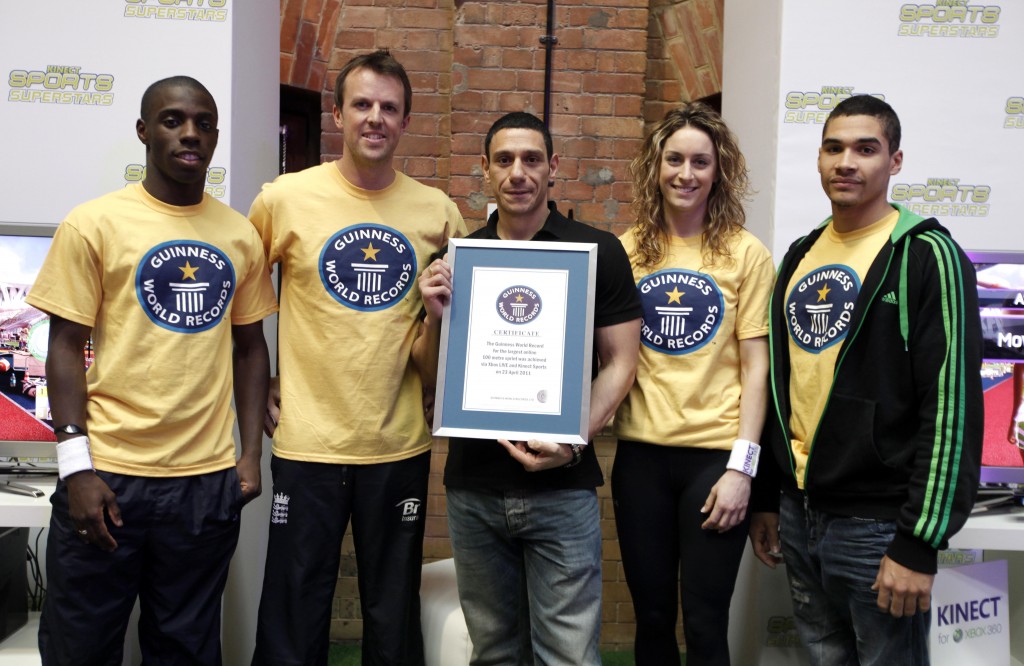 While one service was unfortunately down for the past few days, the other was offering a free weekend and setting World Records. That’s right, during the Free XBox Live Event this past weekend the Kinect Sports Guinness World Record attempt was an absolute success! The record for “largest simultaneous online 100m sprint” was achieved with 10,359 participants on April 23rd at 6PM (BST).

“We’re thrilled to hold a Guinness World Record title for the largest online 100 metre sprint! Breaking a Guinness World Record is such a massive milestone and we’re pleased that we had the chance to do this in partnership with the Xbox LIVE community, following our record breaking launch of Kinect, which was named the Fastest Selling Consumer Electronics Device by Guinness as well.” Grid 2’s Mono Edition Is The Most Expensive Game, EVER