Obviously the western press placed overwhelming focus on that part of the discourse, despite the fact that the original headline was “Final Fantasy XIV will be fixed radically”, which is a quite different angle, isn’t it?

Just as obviously, if we didn’t yet notice that most of the western-focused gaming press absolutely thrives on negativity, especially when Japanese games are concerned, they completely ignored the news about the fantastic looking Ifrit fight that will be released shortly in the game.

But let’s leave the western press and it’s habit to dwell on petty yellow journalism alone and let’s get back to how, according to Wada, Final Fantasy XIV damaged the Final Fantasy brand.

Maybe it contributed to put a temporary dent in the popularity of the series, but let’s be honest here. What “gravely damaged the Final Fantasy Brand” isn’t Final Fantasy XIV, but the inability of Square Enix to listen to their fans for several years, and their knee-jerk attempt to westernize their games to try and shoe-horn them into the western market as forcefully as possible. And honestly Wada-san doesn’t seem to be exactly innocent in that. 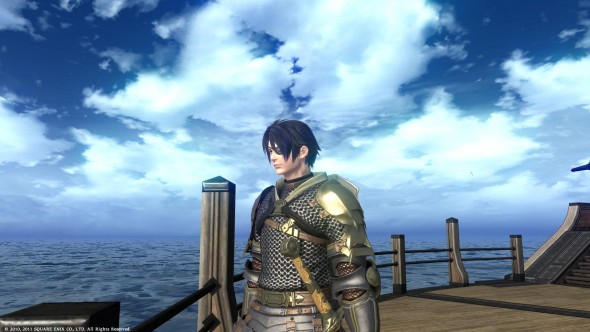 If any, Final Fantasy XIV will have a beneficial influence on the Final Fantasy brand on the long run, as it’s botched launch violently woke Square Enix up, and forced the Japanese industry giant to realize that they they have a fanbase with expectations, and those expectations don’t exactly match with taking inspiration from Call of Duty.

After the launch of Final Fantasy XIV Square Enix was forced to start listening to it’s fans and users. If Final Fantasy XIV launched smoothly, you can bet your monthly wage that, for instance, they would have never opened forums for their major MMORPGs. They would have never let developers openly dialogue with their fanbase in public like Naoki Yoshida does and they would have stayed confortably sitting on their golden throne for the years to come, with their eyes and ears nicely closed shut, as they have been for who knows how long.

The result of that newly found open attitude have been displayed plenty by the radical improvement that the game is receiving, thanks to the efforts and hard work of a development team that really deserves praise.

If Final Fantasy XIII-2 will be, as it seems so far, a radical return of the series to it’s origins and to what the fans want, we’ll also have to thank Final Fantasy XIV, and the violent wake-up call it gave to Square Enix.